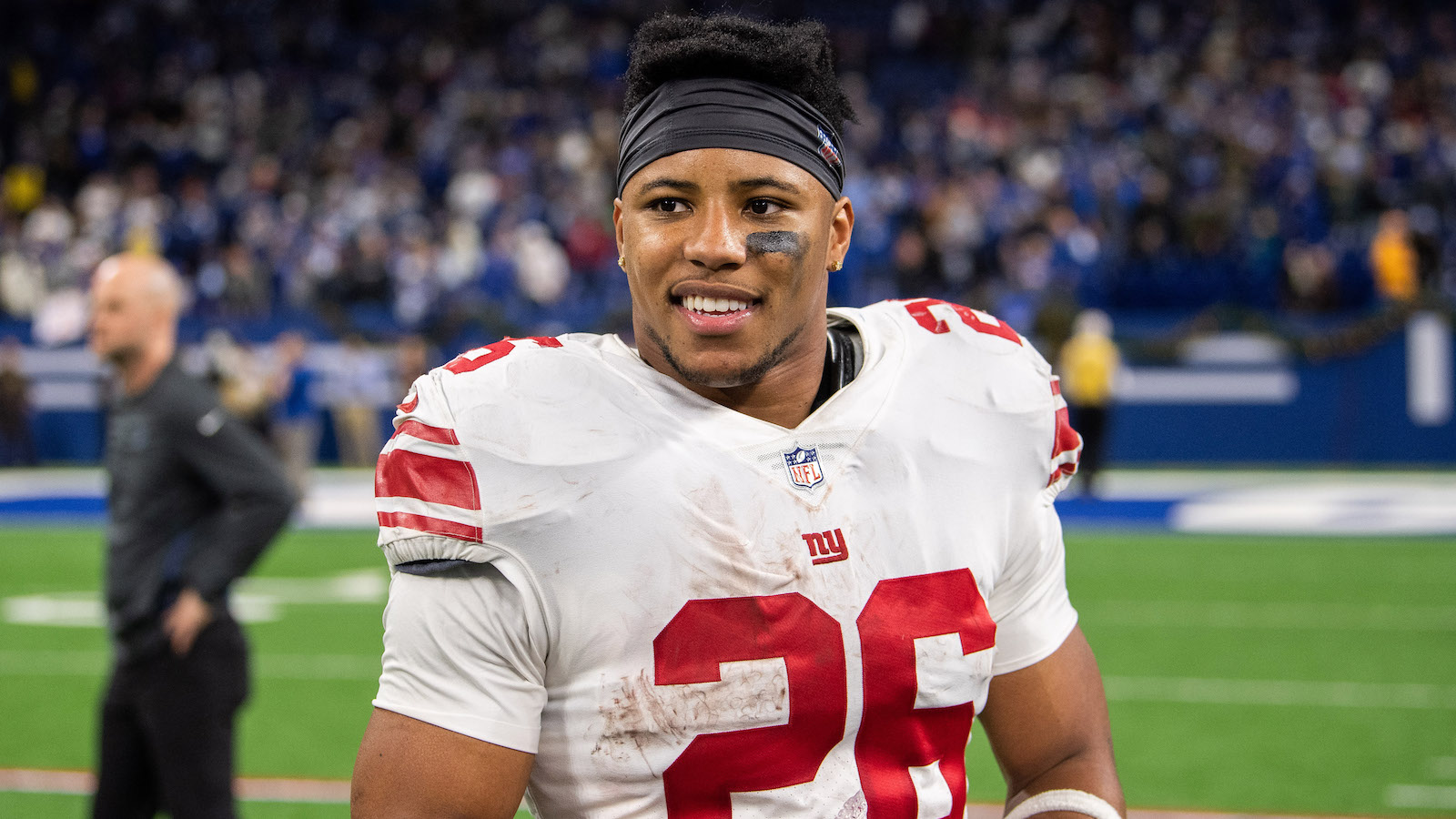 Stock prices based on 7D movement

Mojo is a sports stock market that lets you invest in a player’s career. Share prices represent the market’s latest expectation for a player’s career, or how their final statline will look. That could move up or down based on their on-field production, health, a change in their situation, or the actions of our traders like you!.

Garrett Wilson (+4.1%) is becoming one of the best WRs in the league. He is already the highest priced non-QB rookie and has the fifth most expected Future Value of any WR in the market. He is a genuine superstar and a third straight dominant game with Mike White (+8.7%) at the helm will continue to cement that fact.

Will the real Saquon Barkley (-1.2%) please stand up? He’s faded quickly after a strong first half of the season and has not brought a whole lot to the Giants’ offense of late. His stock hit a one-year high just a shade under $20, but has dropped 5% since then. The G-Men need him to get back on track if they want to have a chance to beat the Eagles and reach the playoffs.

Deshaun Watson’s (-1.2%) return to football last week went quite poorly. There’s some rust expected after a nearly two year layoff, but he’s practiced for a month and still looked completely out of sync. The market still expects him to earn $48 of Future Value during the rest of his career, more than Lamar Jackson or Jalen Hurts.

There was a time last month when Dameon Pierce (+0.2%) had more Future Value than every RB in the market besides Kenneth Walker III. Yet, his production has dwindled as the Texans’ losses pile up. More troubling, they’ve opted for a more committee-type approach casting doubt over their plans for Pierce in the future. A Short bet on his stock one month ago would’ve returned 20% already.

Don’t look now, but Jared Goff (+5.0%) might be having a moment. He’s led the Lions to a win in four out of five games and is throwing the ball all over the field. He’s played them right out of premium draft position and is making a strong case to be their QB next season and beyond. The market only expects him to earn about $12 for the rest of his career, or 34 average-Goff games. If you think he’ll play more than that, this is a great time to Go Long.

Titans’ rookie TE Chigoziem Okonkwo (+7.6%) has been coming on strong of late. He earned a single-game high $0.12 last week with a greater opportunity share and has banked $0.48 in just seven games. The market expects him to earn just $1.58 for the rest of his career, or just 22 games. That’s less than Jaguars TE Evan Engram (+0.1%) who’s significantly older, never been good and on a one year contract.

It’s Tyler Huntley (+13.0%) week. The Ravens’ usual back-up will be a free agent after the season and will have to treat every game he plays like an audition for the rest of his career. He’s played roughly 6.5 games in his professional career and earned $2.29 in Mojo Value. That comes out to about $0.35 per game. The market expects him to earn $3.99 for the rest of his career, or about 12 more games like the ones he’s played.

Just how good is Patrick Mahomes (+1.4%)? The market expects him to play until he’s 39 years old and bank $144 in Mojo Value. For comparison's sake, Aaron Rodgers is 39 right now and has banked $104 in Mojo Value. We’re watching one of the greatest QBs ever.

While the Bucs have faltered, Tom Brady (+0.8%) seems to have plenty left in the tank. He’s banked an average of $0.43 in Mojo Value per game so far this season. Based on that rate, the market sees him playing 11 more games in his career. He has five more this regular season and probably at least one in the playoffs. Betting on Brady now is a bet that he returns in 2023…which doesn’t feel so far-fetched. He has a massive 15x Multiplier available.

Right now, the market says Kenneth Walker III (-4.3%) will be the most productive RB currently in the league from this point forward. This comes as his efficiency has tailed off in recent weeks. We all know how risky of investments RBs can be and the top of the market is often a good place to Go Short.

Former draft foes Tua Tagovailoa (+0.4%) and Justin Herbert (-0.2%) face off on Sunday night. Perhaps their career outlooks are more similar than the $50 difference in their share price would suggest.

Prices are current as of 12/9/22 at 3:00 PM
James Schiano is a full time employee of Mojo. All trades you make are with Mojo, which sets the lines as the “house”. Recommendations are for entertainment purposes only. Please use your own judgment and data to make trades. 21+. Must be in NJ to trade. Gambling Problem? 1-800-GAMBLER
About the Author: