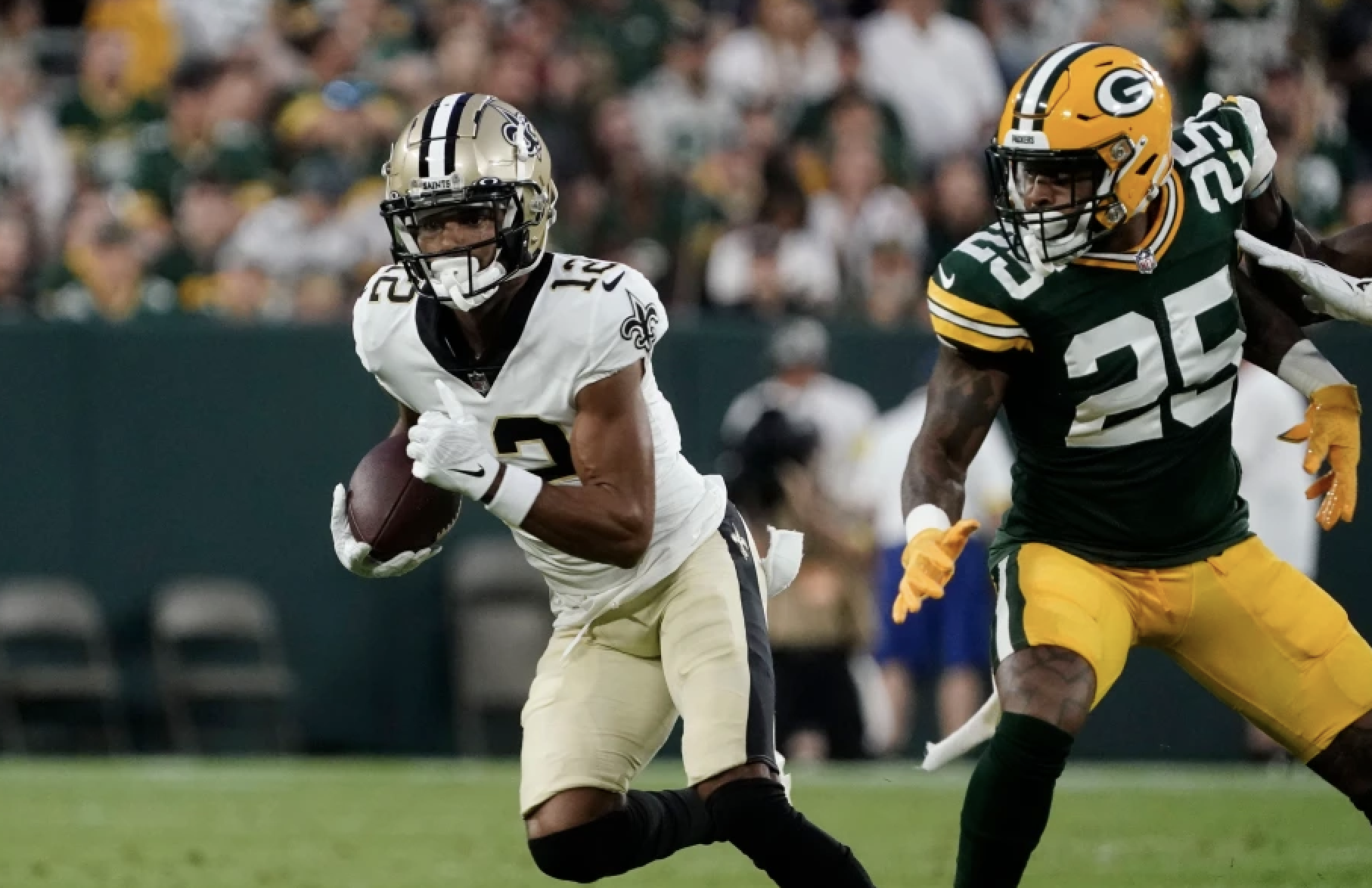 Perhaps no one has been the victim of more bad puns than Likely over the last week.

Fresh off a breakout performance in Week 8, the rookie tight end will make his first NFL start on Monday Night with Mark Andrews out. PFF’s No. 11 graded tight end does not wow you with raw athleticism, but he has been a differentiated playmaker for the Ravens going back to the preseason.

Don’t worry, it’s not too late to Go Long on his stock. He’s cheaper than Tyler Conklin ($3.95) and Logan Thomas ($4.12). If he can increase his stock price to $4 by this time next week, a realistic possibility with the Ravens in dire need of pass catching production, your $500 bet will be worth $639 with his Multiplier.

PFF’s No. 1 graded rookie WR is Chris Olave. Olave is one of two rookies with multiple 100 yard receiving games this year, along with Garrett Wilson. He has more receiving yards per game (78.1) than Mike Evans, CeeDee Lamb, Amari Cooper, Michael Pittman Jr. and Terry McLaurin.

Simply put, Olave is doing things as a rookie that only superstar WRs do. Go long with his Multiplier and don’t let go until he’s priced closer to CeeDee Lamb ($19.06) or Amari Cooper ($21.43).

Did we mention Michael Thomas is out?

The market expects $1.40 in future Mojo Value, which is too high for a player who was just cut at age 28 at a highly volatile position. For reference, Drake has averaged $1.33 in Banked Mojo Value per season over the course of his career. Do you want to bank on a full, healthy, peak season of production for this version of Drake? The Ravens showed us how they viewed him when their depth chart was not depleted: he saw just five touches when J.K Dobbins last played.

So much can go wrong for a running back between injuries, decline and roster churn. There’s too much internal competition with Gus Edwards expected to return after the Week 10 Bye and Dobbins not far behind. In the short term, what guarantee is there that the Ravens don’t decide to favor Justice Hill tonight and the rest of the way?

A 3% drop tonight would fetch a tidy 15% profit if you Go Short with his Multiplier.

Pricse are current as of 11/07/22 at 3 pm EST
Thomas Trudeau is a full time employee of Mojo. All trades you make are with Mojo, which sets the lines as the “house”. Recommendations are for entertainment purposes only. Please use your own judgment and data to make trades. 21+. Must be in NJ to trade. Gambling Problem? 1-800-GAMBLER
About the Author:

Thomas Trudeau
Tom runs content for Mojo, where he is proud to be employee No. 1. He's had a lengthy career in sports, including time with ESPN, the NBA and MLB
You have successfully submitted
Oops! Something went wrong while submitting the form.
Please Enter A Valid 10-Digit Phone Number
By clicking ‘submit’ you agree to the terms of use and privacy policy. Phone numbers may be used for marketing purposes. Message and data rates may apply. Text 'Stop' to opt out.