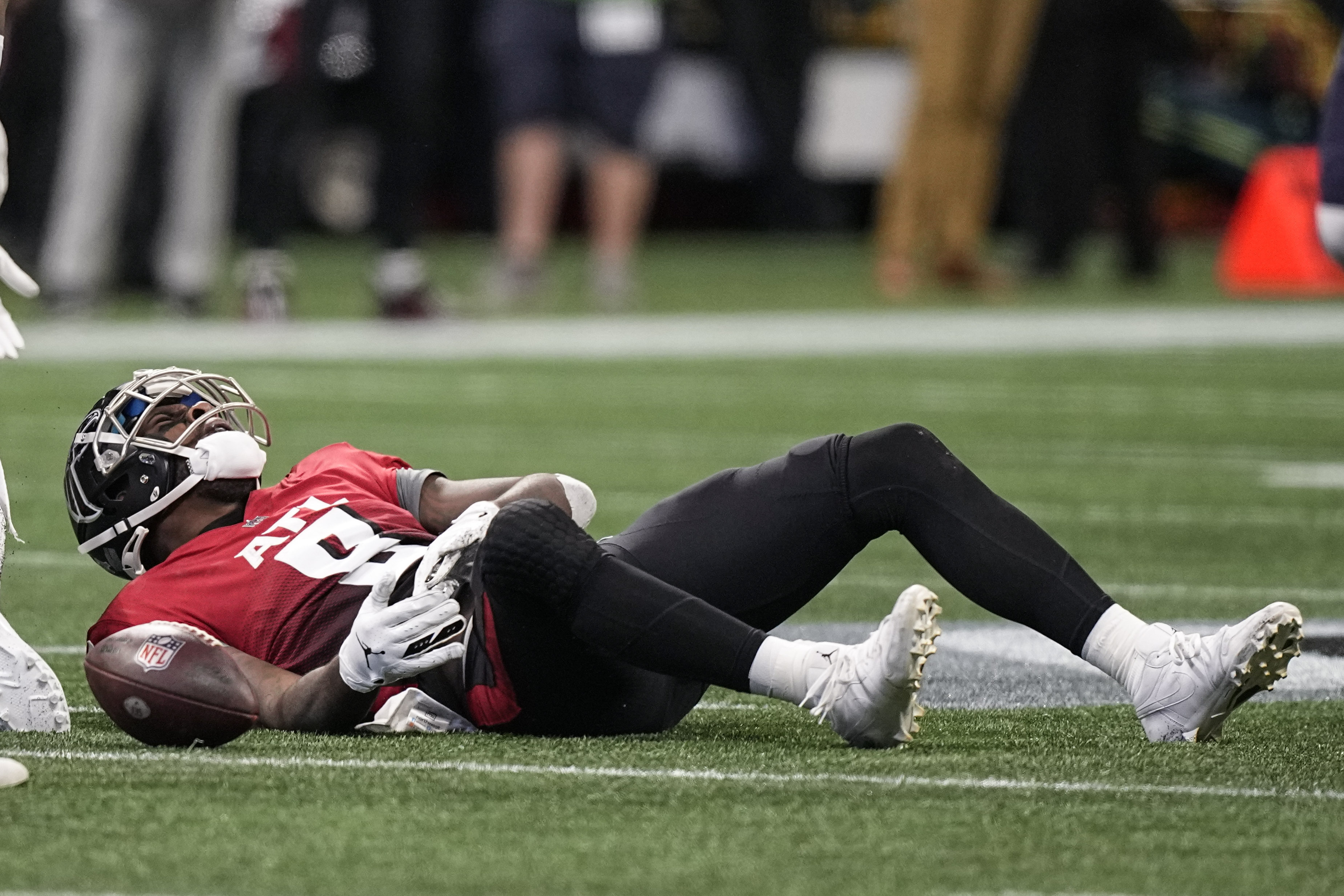 If you're new to Mojo - welcome! Here's a quick primer: it's a sports stock market licensed for sports betting in NJ, but anyone can download the app and see real-time, objective, statistical expectations for career stats. Outside of NJ? You can sign up here for updates on new sports, features, android and... more states! Mojo bets are like a new futures bet, but instead of predicting O/U on, say, touchdowns, you're predicting career stats. And the "odds" are stock prices, which move in real-time and you can trade anytime.

Let's take a look around at some players who unfortunately suffered injuries this past week. How long do we expect them to be sidelined for? How does this impact their future outlooks? Should you Go Long or Go Short? We'll be doing this every week, so be sure to check back for analysis on long-term outlooks for injured players.

While it initially appeared that Pitts potentially suffered a serious, multi-ligament injury, it was revealed that Pitts sustained a torn MCL. To this date, Pitts has banked $2.11 in Mojo Value, and the market thinks he'll earn $10.51 more before he retires.

It's not clear if Pitts requires surgery at this time, but expect Pitts to miss at least six weeks, and I would not be surprised if he misses the rest of the season. Pitts' long-term outlook is still stellar due to his overall skill set, and one would assume he receives a bump in QB play, unless Atlanta sees Marcus Mariota as a multi-year "fix" at QB (which we have doubts about).

Pitts is currently the 6th most expensive TE stock on Mojo behind George Kittle. His stock is -23.2% on the season, which means a $500 Week 1 Short Bet would be worth $849 today with his 3x Multiplier (which increases your gains and losses by 3x).

The Giants suffered a huge loss as it was revealed that Robinson suffered a torn ACL in their loss against Detroit this past weekend. To this date, Robinson has banked $0.38 in Mojo Value, and the market thinks he'll earn $5.88 before he retires. This $6.26 share price is the 83rd highest of all NFL WRs, right in between Russell Gage and Nico Collins. Expect Robsinson to miss approximately 9-12 months, which is standard recovery time post ACL surgery. Robinson enjoyed a breakout game before going down with the injury. All in all, I'm bullish on Robinson's long-term outlook. (He has a 3x Long Multiplier if you’re also bullish.)

Chase has missed the last three games with his hip injury, however, the Bengals had a bye week during this stretch as well, so he could effectively return this weekend.

Currently, Chase's share price of $22.05 is the 8th highest of NFL WRs, between Julio Jones and Cooper Kupp. While I expect the Bengals to be cautious with Chase in the short-term, I have no concerns long-term about his hip. The Bengals are loading up for the stretch run, and it would be wise for them to ease him back into action. With Joe Burrow and Chase looking to lead Cincinnati for years to come, I would not be surprised if Chase exceeds his share price by the end of his career.

What is the upside in Going Long on him? If he can match Justin Jefferson’s share price, your Long bet would be +233% with his 10x Multiplier.

It was reported that CEH suffered the dreaded high ankle sprain in their win over the Chargers on Sunday night. Expect this to be a multi-week injury, and even if he were to return this season, expect his explosiveness to be compromised. CEH's share price of $5.97 is the 48th highest of NFL RBs, between J.D. McKissic and Michael Carter. The market still expects $2.10 in future value, even with Isaiah Pacheco emerging as RB1 in Kansas City. For context, the market expects $3.05 in future value from Gus Edwards and $1.33 from Raheem Mostert.

CEH is 35% off his peak share price from earlier this season and has a 10x Short Multiplier available, which means if you were wise enough to short him preseason, you’d be +348%.

After declaring he was 200% healthy and ready to go, Williams re-injured his high ankle sprain early in the Chargers' loss against KC. Expect this setback to be a few weeks for Williams, and it will most likely impact him the rest of this season due to the rotational demands on the lower extremity while running various routes. Williams currently has a $13.44 share price, which is 44th highest of NFL WR's, between Jerry Jeudy and Jameson Williams. Williams is still only 28 years old and in the prime of his career, and the market still expects $6.09 in future value, which is a sound expectation.

Jesse Morse, MD, CAQSM & Dave Lorenz, DPT
Dr. Jesse Morse is a board-certified sports medicine physician in Miami, FL. He specializes in regenerative medicine and non-surgical orthopedics. Dr. Morse has served on the medical staff of several professional teams and currently has many professional athletes as patients. Dr. Morse is co-owner of The Fantasy Doctors, which are a group of physicians that discuss professional athlete injuries and provide analysis with a fantasy-related focus.
You have successfully submitted
Oops! Something went wrong while submitting the form.
Please Enter A Valid 10-Digit Phone Number
By clicking ‘submit’ you agree to the terms of use and privacy policy. Phone numbers may be used for marketing purposes. Message and data rates may apply. Text 'Stop' to opt out.