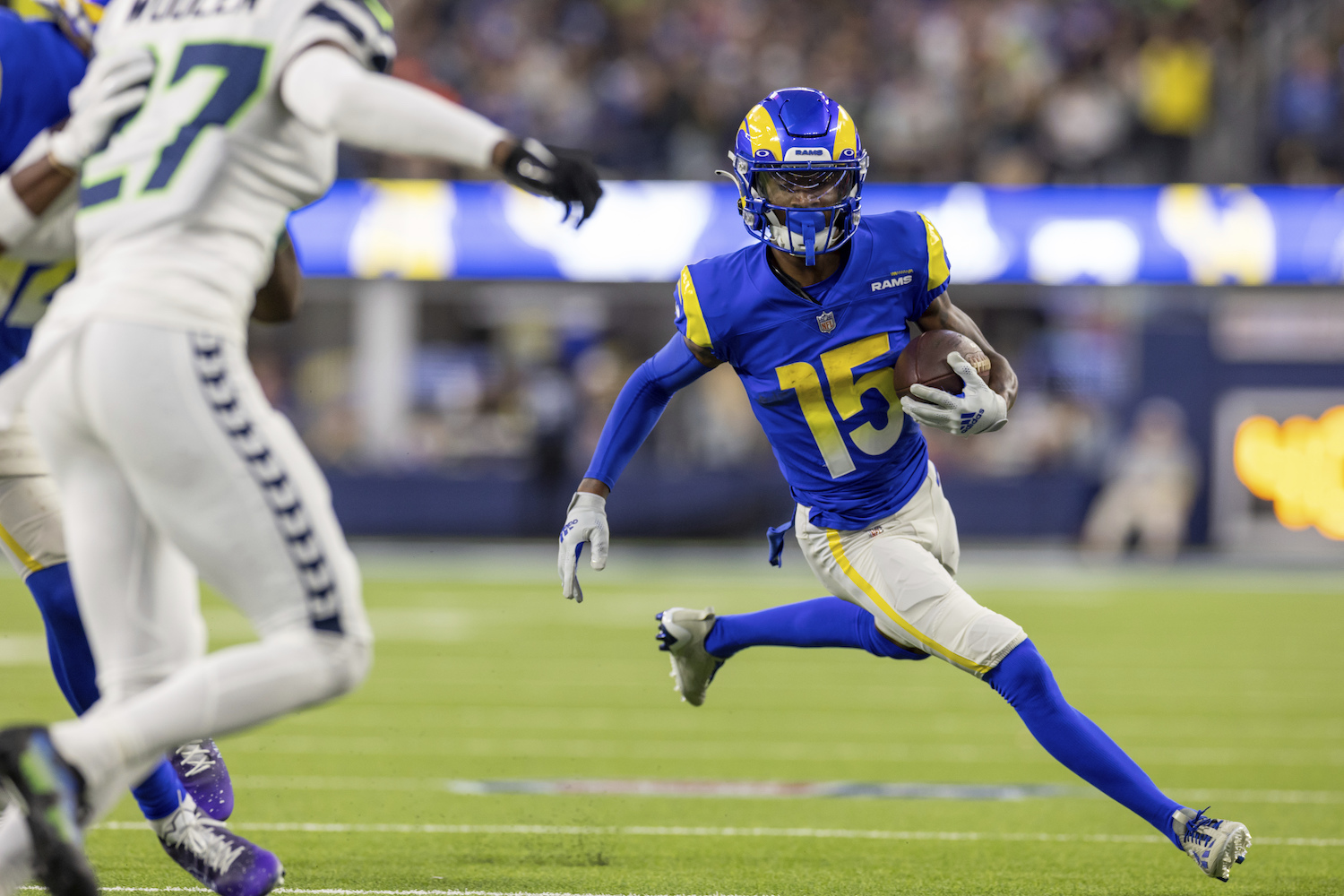 We see injuries affecting every team by this point in every season. Along with injuries, opportunities often come for other players to step into full-time roles for their respective teams.

In this article, I’ll highlight three players with golden opportunities heading into Week 16. They may even have some long-term staying value throughout the remainder of the 2022 regular season.

Luckily with Mojo, there’s a way for us to bet on the value of these players rising. Going Long on these guys while using their Multiplier will supercharge your bets and could exponentially increase your earnings. Bet on what you know!

While most teams deal with suboptimal weather conditions in Week 16, James and the Giants get to play in the climate-controlled U.S. Bank Stadium. The game versus the Vikings features an o/u of 48 points, with the Giants having an implied total of 22 points.

Enter Giants slot receiver Richie James, who has flown under the radar this season and continues to go overlooked in fantasy football circles. However, the Mojo markets have caught onto him the past month, with his stock price up 22.5% since November 23rd.

Now, he’s going up against a Vikings team allowing the third-most fantasy points to opposing wide receivers. James has three touchdowns in his last five games and has seen his route participation increase to nearly 90% over the last two games (route participation = routes run/QB dropbacks)

James may not be a long-term play since he’s on just a one-year deal with the Giants, but his Share Price has room to grow this season given his solidified, full-time role in the slot. Currently, his Future Value of $0.30 is second-lowest amongst all wide receivers on Mojo. DeSean Jackson, who is 36 and just came out of retirement, has the lowest future value of $0.20.

Go Long on James ahead of Week 16 and ride him through the remainder of the regular season. Don’t forget to supercharge your bet with the 8x Multiplier and hopefully see a massive return on your investment.

Goodwin is another one of those savvy veterans with a chance to make a name for himself this week. Tyler Lockett won’t play vs. the Chiefs, which leaves the door wide open for Goodwin as the Seahawks’ WR2.

Currently, Goodwin’s Share Price on Mojo sits at $5.78. That number includes $5.21 of banked value, and $0.57 of Future Value. Banked value is an objective statistical formula that assigns guaranteed dollar values to key box score stats, whereas future value is what the market expects the player will earn from now until they retire.

Goodwin has a favorable matchup in Week 16 against the Chiefs, who have allowed the sixth-most fantasy points to opposing wide receivers this season (22.3). This game features an over/under of 49 points with the Seahawks as 10-point underdogs. Geno Smith could certainly attempt 40 passes in this one as Seattle tries to play catchup against Patrick Mahomes and the Chiefs.

Right now is your chance to Go Long on Goodwin and profit from his fantastic opportunity this week. Use the 8x Multipler and increase your profits.

It’s Tutu time. Atwell had a 84.6% route participation rate during Week 15 and has become a key part of the Rams’ offense. In his last two games, he’s seen 13 total targets, including two in the red zone. His targets per route run rate in those games is 27.7%. Atwell also has seven rush attempts in his last three games, so Sean McVay and the Rams are finding ways to get the ball in his hands.

This week appears to be a tough matchup on paper against the Broncos, but it also represents a massive opportunity. Ben Skowronek is now out for the season, which further cements Atwell’s role heading into Week 16. Not only that, but he’ll play each of the next two games indoors while the rest of the league shivers in their outdoor matchups around the Holidays.

Atwell’s stock has jumped 34.4% in the last month with his performance, but his Mojo share price still sits at just $1.04. That’s the fourth-lowest share price of all wide receivers listed on Mojo. This guy was a second round pick just last year!

He’s got a great opportunity ahead of him with a chance to increase his share price even more. Atwell also has a 5x Multipler for those that want to supercharge their Long bet on Atwell ahead of Week 16.