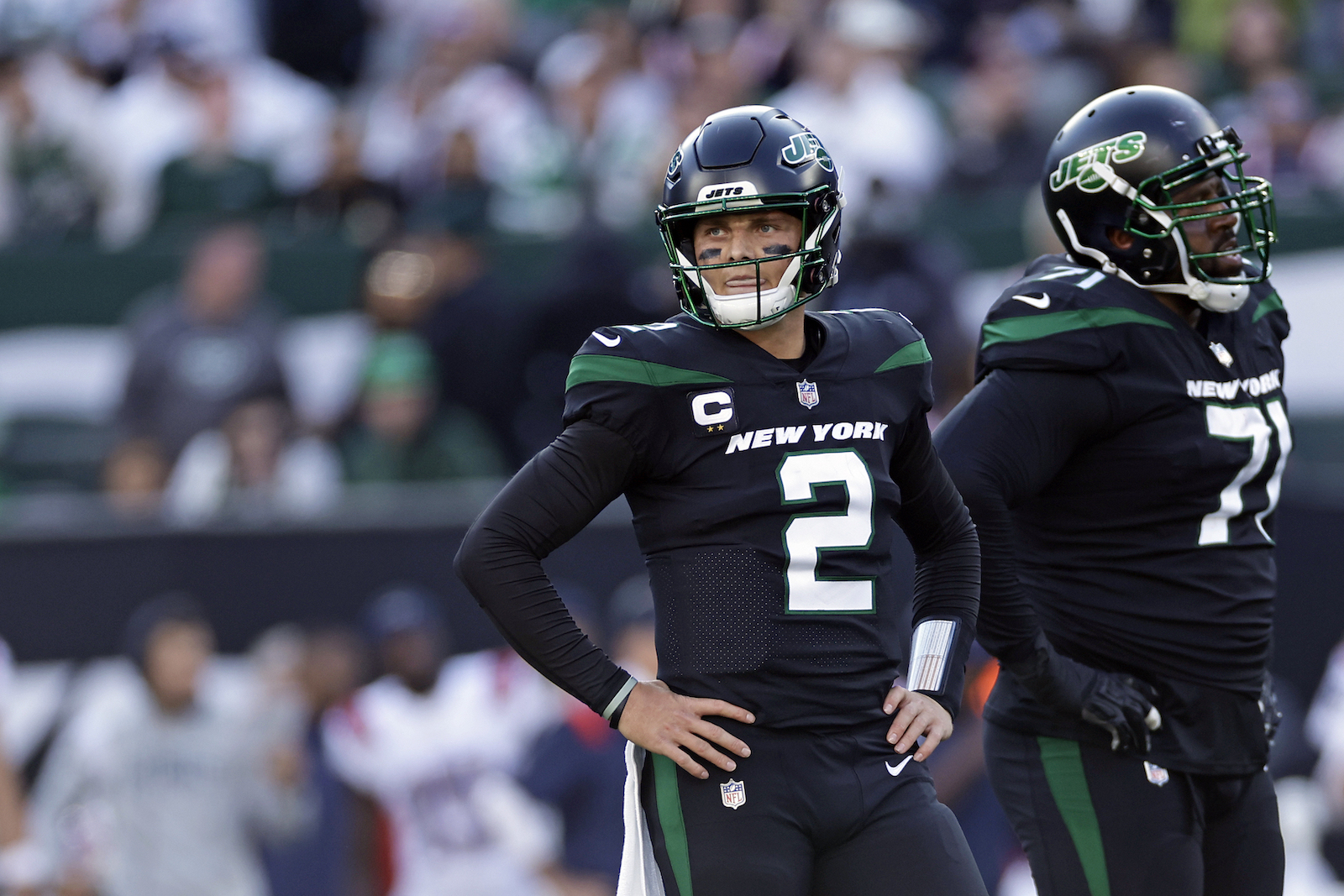 Mojo is a sports stock market that lets you invest in a player’s career. Share prices represent the market’s latest expectation for a player’s career, or how their final statline will look. That could move up or down based on their on-field production, health, or a change in their situation.

Here are five players I'm looking at before Week 13: three whose stocks I expect to rise to Go Long on, and two who I feel are overpriced and am Going Short on.

London has been every bit as impressive as fellow rookie wide receivers Garrett Wilson and Chris Olave. Just look how similar they’ve been.

I have been very vocal in the past about my thoughts on Olave ($15.23) and Wilson ($15.38) being undervalued, but London at $13.54 looks like an amazing value compared to them when you consider his similar peripherals and similar elite prospect profile.

Olave has banked $1.40 in Mojo Value so far, Wilson $1.31, and London just $0.88. We’ve seen Wilson’s production soar after his team made a QB change and London could have the same fortune.

The Falcons have moved away from Marcus Mariota in favor of Desmond Ridder this week. I don’t necessarily think that Ridder is a good QB prospect, but an offense with Mariota that only threw the ball 23 times per game is not conducive to NFL success.

I expect Ridder to start for the rest of this regular season (outside of incredibly bad QB play from him) and the Falcons to look for a true franchise QB in the offseason.

I’ve talked about Dulcich before as a fantastic long candidate but I cannot continue to stand idly by as his Share Price lies in the same range as players like Harrison Bryant ($3.21) and Jake Ferguson ($3.03).

Dulcich, a 3rd round rookie, has posted a 17% target share, 17% targets per route run, and 1.5 yards per route run and will continue to grow into a bigger and bigger producer in the Broncos' offense.

As a rookie in one of the worst offenses in the NFL, Dulcich has recorded an average of $0.07 Mojo Value per game. With the market believing he will earn another $2.62 of Mojo Value in his career, Dulchich would only need 2 more seasons of his rookie season production to reach the expectations set by the market. Needless to say, these expectations will only continue to grow as the market continues to adjust to the producer that Dulcich is and Share Price will rise.

Perhaps the issue is Murray’s potential lack of longevity given his size and willingness to run the ball, but most players on that list are very active runners and should have similar concerns.

This year, however, Kyler is having a down year in the passing department. His PFF passing grade of 63.5 is his lowest of any season of his career since his rookie season and his EPA+CPOE composite sits amongst a dozen QBs in the middle of the pack.

We know that Murray is a good QB who also offers a lot of value to an offense on the ground. Bet on his bounceback by Going Long on his stock.

Waddle quietly ranks 5th in the NFL in receiving yards playing alongside Tyreek Hill in a very efficient offense. His yards per route run of 2.6 ranks 6th in the NFL amongst starting WRs.

Waddle is priced a tier below where he should be. Bet on him with that juicy 5x Multiplier to supercharge your gains.

Wilson has firmly established himself as one of the worst starting QBs in the NFL. So bad that he is no longer a starting QB in the NFL. His expected points added per play ranked 3rd last in the NFL before he was shown the bench in favor of Mike White. Wilson reportedly lost the locker room on top of playing so poorly. That’s a bad combination.

I doubt that we ever see Wilson start another game for the Jets again- outside of injuries to White, backup Joe Flacco and maybe Chris Streveler as well, who is on the Jets’ practice squad.

Despite this, Wilson still carries $15.72 of Future Value, which is what the market thinks he will earn before his career ends. Wilson, who’s accumulated Mojo Value at a snail’s pace due to his lack of talent, would need more than 60 additional games of his average per-game production to reach this mark. That is incredibly unlikely to happen given what his first 20 games looked like.

Prices are current as of 12/9/22 at 5:00 PM EST
Akash Patel is a contributing writer on Mojo. All trades you make are with Mojo, which sets the lines as the “house”. Recommendations are for entertainment purposes only. Please use your own judgment and data to make trades. 21+. Must be in NJ to trade. Gambling Problem? 1-800-GAMBLER
About the Author: