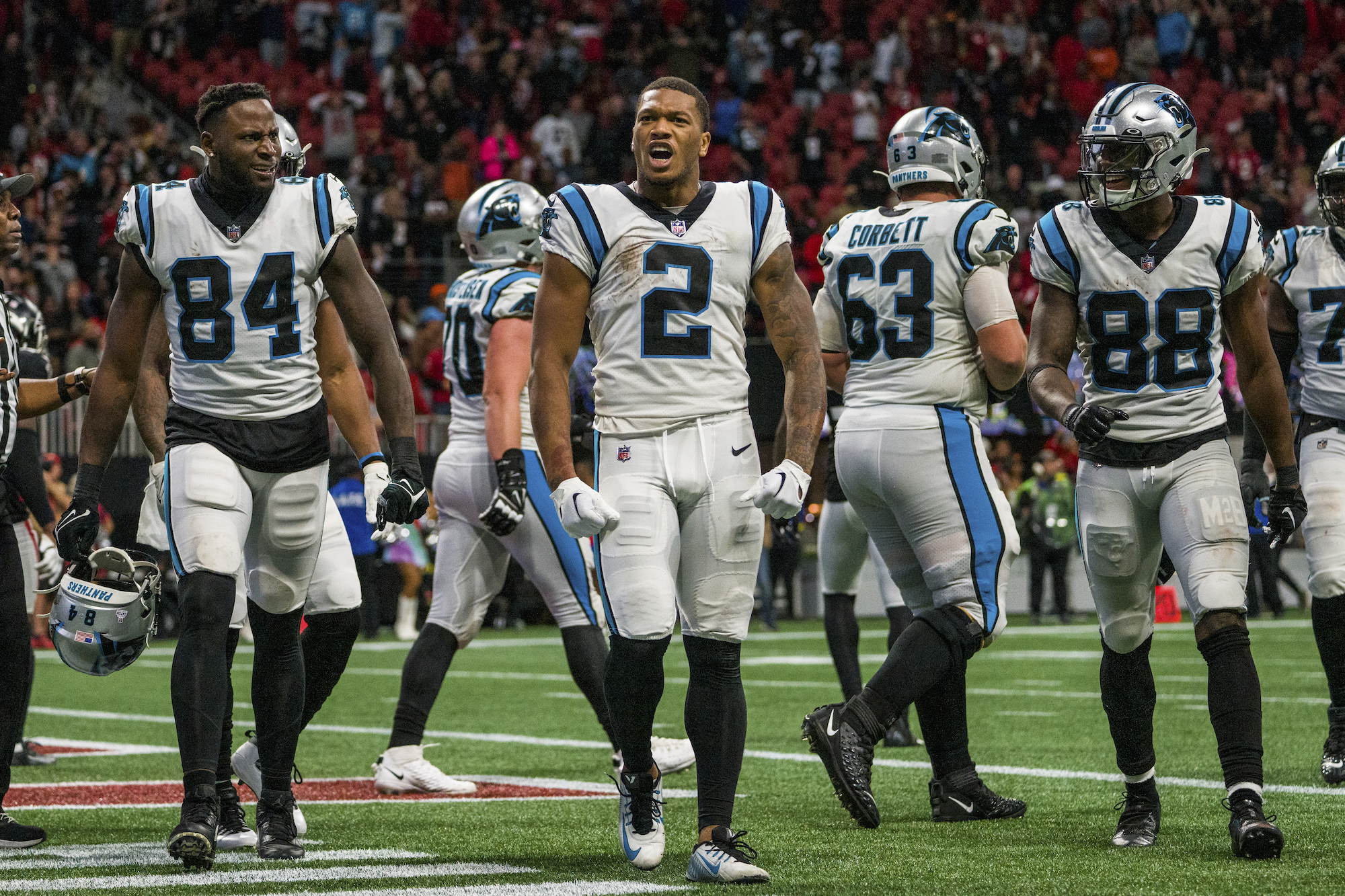 Shoutout Jeff Bezos and the fine people at Amazon for scheduling a barn-burner for us tonight as the Falcons head to Carolina for a date with the Panthers. This game will be played in the rain and may drag stylistically, but there are plenty of key players to keep an eye on.

This is ‘Moore’ of a long-term play rather than one where I expect a big boost tonight given the expected sloppiness of this game. However, Moore is still just 25, continues to show promise (whenever the Panthers’ QB play allows it), and is the youngest player in the market with a 15x Multiplier available.

Mojo is about players’ careers and Moore will NOT be stuck with PJ Walker, Baker Mayfield, and Sam Darnold forever. The former first round pick has demonstrated the ability to be a big play threat throughout his career and there is still plenty of time for him to produce.

See: DJ Moore. London is a remarkable talent trapped in an unwinnable situation. Arthur Smith’s Falcons have attempted the second fewest passes of any team that has played nine games, only more than the Bears who are trending in the opposite direction.

It’s hard to chastise him since the team is winning and playing better than expected, it’s just frustrating that they have London and Kyle Pitts, two standout talents on the outside, and refuse to use them.

London trails only Chris Olave and Garrett Wilson in PFF grade among rookie wideouts while bringing down the most contested catches of his class. He is a smooth mover who’s been adept at beating zone coverage and should have a long, successful career once this offense modernizes.

Back-up QBs have been all the rage on Mojo this season. Kenny Pickett’s stock has jumped more than 40% since opening night. Sam Ehlinger saw a 200% bump the day he was elevated in Indianapolis. Bailey Zappe has risen sharply as well. Why can’t Ridder be next?

Marcus Mariota hasn’t played poorly as the Falcons’ starter, it’s just very clear that he is what he is. The team spent a top 75 pick on Ridder last spring, has fantastic weapons in London and Pitts, and has a respectable offensive line.

A Falcons loss tonight drops the team to just a 20% chance at the Playoffs, which could accelerate the switch to Ridder. It will happen at SOME point regardless and you’ll thank me when Ridder is in your portfolio for it.

Prices are current as of 11/10/22 at 5:00 PM
James Schiano is a full time employee of Mojo. All trades you make are with Mojo, which sets the lines as the “house”. Recommendations are for entertainment purposes only. Please use your own judgment and data to make trades. 21+. Must be in NJ to trade. Gambling Problem? 1-800-GAMBLER
About the Author: