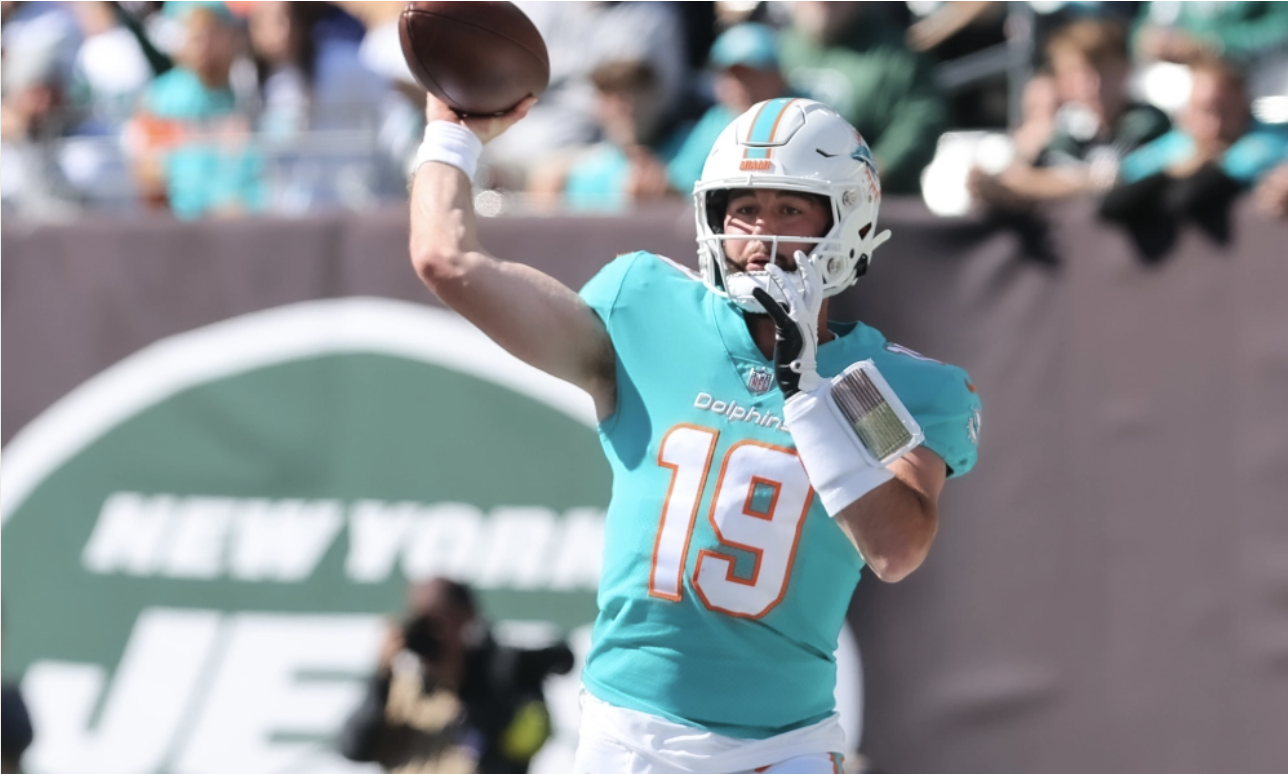 These are the share price movement over the last month of the rookie QBs on Mojo. With the exception of Sam Howell (my favorite player to Go Long on Mojo right now), rookie QBs have been low risk, high reward, perhaps due to their very low expectations. Remember, Mojo is not about predicting who will be good or bad, instead it's about predicting who will exceed expectations. Did anyone have ANY expectations for Thompson or Zappe?

Indeed, Kenny Pickett was +20% the moment he stepped onto the field against the Jets two weeks ago because many believed Trubisky had a slightly longer leash than he did. Bailey Zappe looked buried on the Patriots depth chart, but enjoyed a 20% spike when he relieved an injured Brian Hoyer. And just today Skylar Thompson spiked over 30% when it was announced he was confirmed as starter Week 6.

Ridder's future value of $7.30 means he needs approximately 25 starts of below average QB play to break even... over the course of his entire career. Ridder has already been a riser; he has benefitted from the Falcons 2-3 start and Marcus Mariota's mediocre performance, which increases the probability that he starts this year. Three straight wins by the Titans has hurt Malik Willis' chances to start in the short term, so he is ~flat.

He's not a rookie, but second-year 3rd string QB Sam Ehlinger is +15% over the last month, perhaps due to speculation that he could eventually take over for the mediocre Matt Ryan. And the veteran Jimmy Garoppolo? +10% after taking over for Trey Lance. Indeed, it's been a good month for backup QBs on Mojo, which this user noticed out loud on Twitter!

Whether it makes sense to hold these Long investments long-term, I could not say. However, in the short-term there's evidence that the market will reward backups just for showing.

Prices are current as of 10/12/22 at 3:00 pm EST
Thomas Trudeau is a full time employee of Mojo. All trades you make are with Mojo, which sets the lines as the “house”. Recommendations are for entertainment purposes only. Please use your own judgment and data to make trades. 21+. Must be in NJ to trade. Gambling Problem? 1-800-GAMBLER
About the Author:

Thomas Trudeau
Tom runs content for Mojo, where he is proud to be employee No. 1. He's had a lengthy career in sports, including time with ESPN, the NBA and MLB