Buy Sam Howell Before It's Too Late 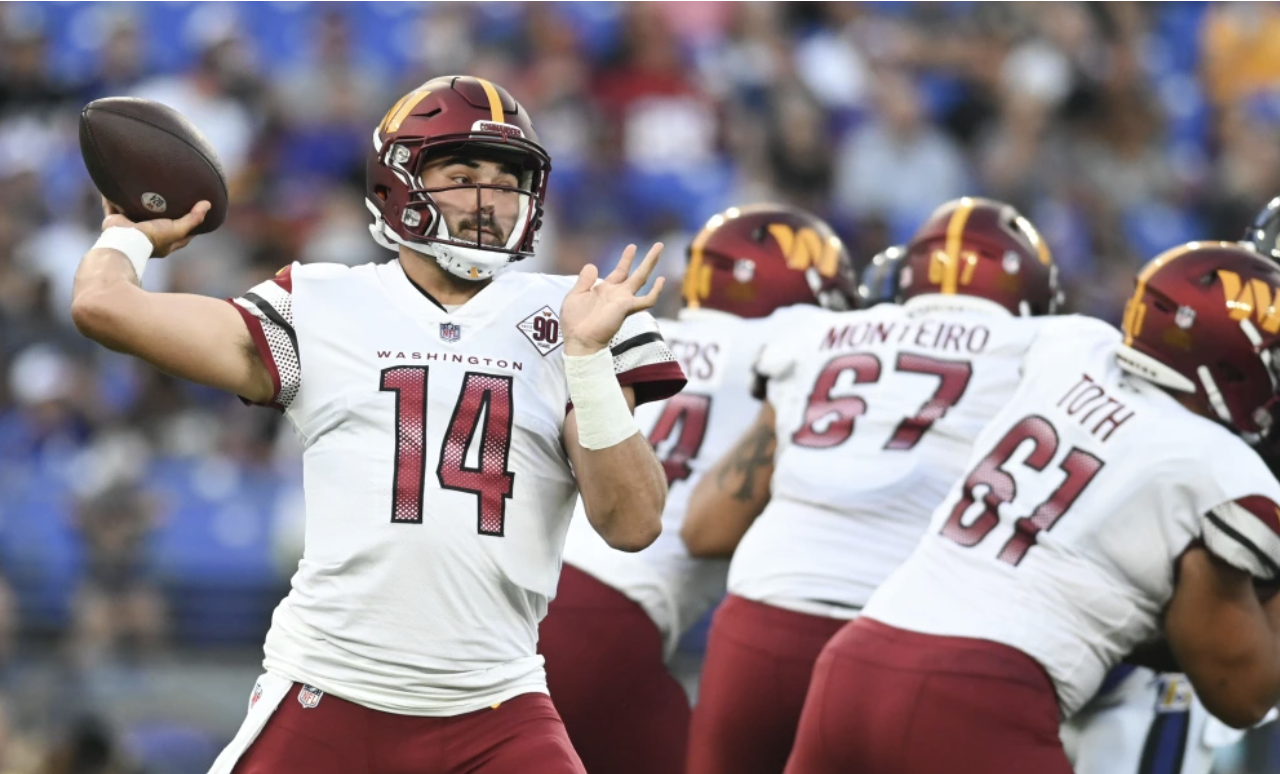 Carson Wentz is currently a shell of his former MVP-caliber self from 2017. He’s nothing more than a stopgap for the Commanders; he can be cut after this season with zero cap hit. After two decent games, he regressed to #BadCarson in Week 3, taking a career-high nine sacks.

It’s time to buy Sam Howell ($3.96) before his stock jumps when Wentz is eventually sent to the bench. I know, he’s a fifth round pick, which hardly ever turn into anything. But that's why he is so cheap! Historically, QBs drafted outside the first round don’t have positive career trajectories because a) they are not good enough to begin with, b) even if they are good, they rarely get a fair opportunity. (See: Gardner Minshew.)

Coming into the 2022 NFL Draft, I had felt strongly that Sam Howell should have been a first round pick. In fact, he was my top QB in the (weak) draft class. The fact that he declared as a True Junior tells us the Draft Advisory board likely gave him a high enough of a grade to bet on himself as, at worst, a third round pick.

-Underrated as a runner: 46% avoided tackle rate during the pre-season. For comparison, Malik Willis was at 50%.

Howell is priced so cheaply that all he needs to do for you to profit is start about one season's worth of games throughout his entire career. He doesn't need to be a franchise QB. And if he becomes the Long Term Answer (TM) in Washington? We're talking about the biggest riser on Mojo with ROI in the hundreds.

Skyy Moore ($6.54) - Almost a carbon copy of Randall Cobb’s profile in terms of physical attributes and college metrics and usage. Juju Smith-Schuster is only on a one-year contract. Marquez Valdes-Scantling is a role-playing, deep threat that probably isn’t going to shine as anything more than that. He’s tied to an elite QB in Patrick Mahomes. QBs matter for high end production.

Brian Robinson ($5.60) - Big fan of Robinson throughout his college career. Impressed enough to have been named the starting RB the same day he was subsequently shot during a robbery. Set to return after short-term IR stint.

Romeo Doubs ($5.00) - Doubs caught my eye as a Junior in college. Very good speed on film that was confirmed with a 21+ MPH measurement at the Senior Bowl. Did not run at the Combine, but he could have been drafted a round higher if healthy enough to run. Flashed in training camp and earned starting work in the pre-season. ESPN recently introduced a new metric based on player tracking data that says he has been the best Rookie WR through 3 games, specifically his ability to “get open”.

David Bell ($4.16) - College profile compares favorably to Keenan Allen and Chris Godwin based on draft round, height and weight, and career Yards Per Team Pass Attempt.

Prices are current as of 09/29/22 at 7:00 PM EST
Fusue Vue is a Contributing Writer on Mojo. All trades you make are with Mojo, which sets the lines as the “house”. Recommendations are for entertainment purposes only. Please use your own judgment and data to make trades. 21+. Must be in NJ to trade. Gambling Problem? 1-800-GAMBLER
About the Author:
Fusue Vue