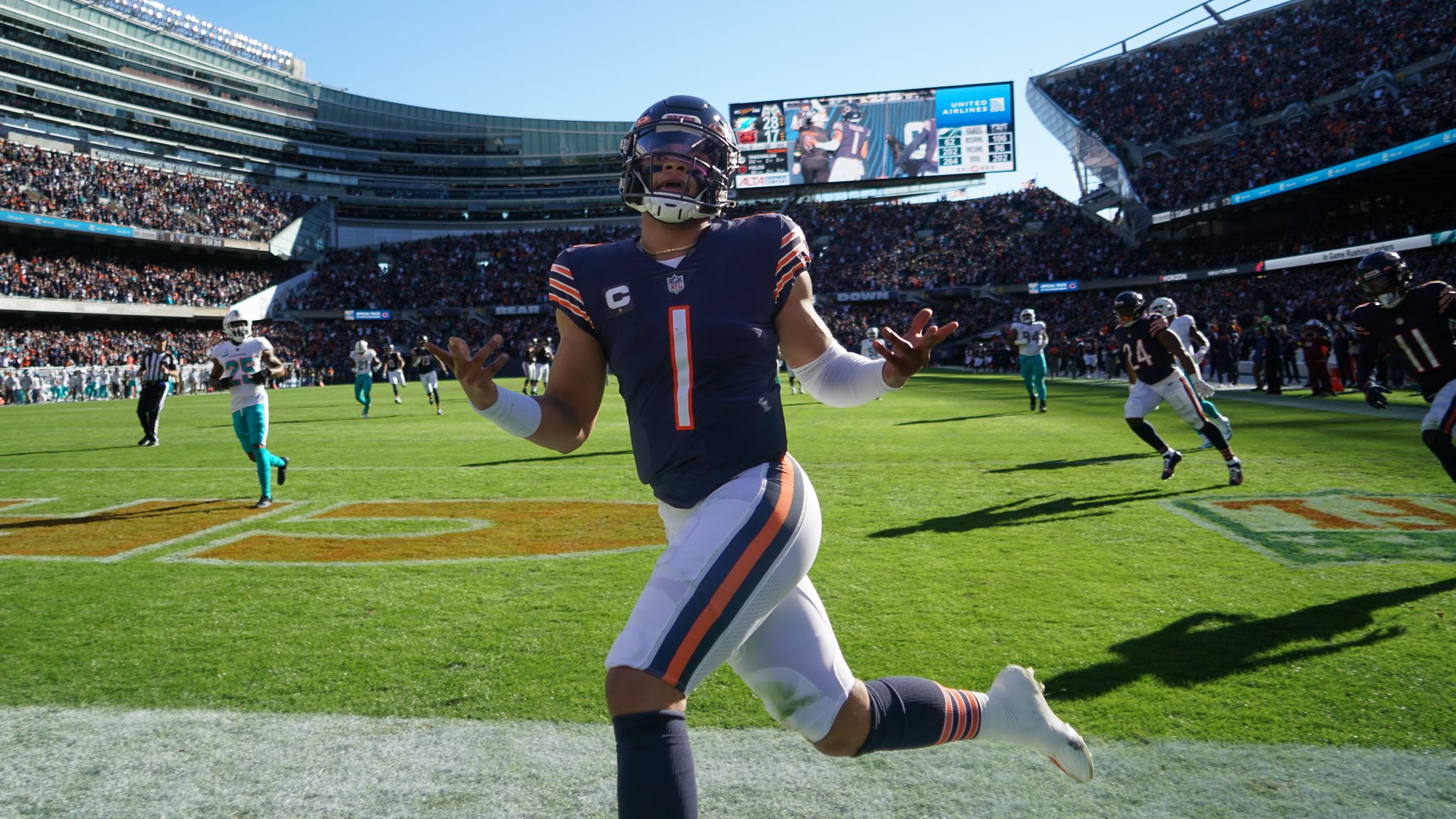 Check out whose stocks we’re watching this weekend!

Statistically, the start of Justin Fields’ career is similar to Josh Allen and Michael Vick. Yet, the market thinks he and Mac Jones are on the same trajectory. Go Long if you think Fields can be better than his draft counterpart.

Deshaun Watson has looked awful since returning from suspension. He still has more Future Value than Jalen Hurts and Lamar Jackson. Go Short if you think he’s overrated!

Malik Willis is in for the Titans with Ryan Tannehill on the shelf. He was abysmal during his first stint as starter and the market sees him as a career backup. His price could be volatile with a few weeks at the helm.

What will the rest of Geno Smith’s career look like? The market expects him to play about 30 more games, or just under two more seasons, at his level of play from this year. We will learn a lot about his future when he eventually signs a new contract.

His all-time graph will never cease to amaze me.

Is Daniel Jones playing his way into a contract extension? He has the Giants ready to clinch a playoff spot and has been protecting the ball better than he ever has in his career. One customer added to the largest bet we’ve ever seen on Jones this week – $24K in total!

Mac Jones stock continues to fall. The market thought he and Trevor Lawrence were in the same tier before opening day. Jones’ share price has fallen 43% since and there are massive questions as to whether he can be a franchise QB.

Is Sam Darnold making a comeback? His stock has jumped 5% since reclaiming the starting gig in CAR and he’s been just fine at the helm. The Panthers are too good to draft a top QB, so Darnold may have an opportunity to win this job heading into 2023.

Desmond Ridder struggled in his debut last week, but very quietly seemed to have a strong rapport with fellow rookie Drake London. Trapped in a hyper-conservative offense all season, London has seen his Future Value drop behind Garrett Wilson, Chris Olave, and even Jameson Williams. Go Long if you think he’s underrated!

The Brock Purdy show rages on this week against the Commanders. His stock has already risen 142% this season as he ascended from unheralded third string QB to potential playoff starter.

The NFL is simply a better place when Gardner Minshew is playing. The former sixth round pick entered the league with just $3.83 in Future Value, less than Georgia’s Stetson Bennett, and peaked at $38. That is a 1,000% increase! His price has fallen back to about $15, standard for a backup. This week could be important on his path to hopefully starting again one day.

Happy birthday to Davante Adams! Turning 30 on Christmas Eve, how much longer will he stay elite? The market thinks he will be about 27% less productive than Cooper Kupp ($7.10 in Future Value vs $9.01) for the rest of their careers. They are the same age and Adams has been remarkably healthier…

Prices are current as of 12/23/22 at 5:00 PM EST
James Schiano is a full time employee of Mojo. All trades you make are with Mojo, which sets the lines as the “house”. Recommendations are for entertainment purposes only. Please use your own judgment and data to make trades. 21+. Must be in NJ to trade. Gambling Problem? 1-800-GAMBLER
About the Author: