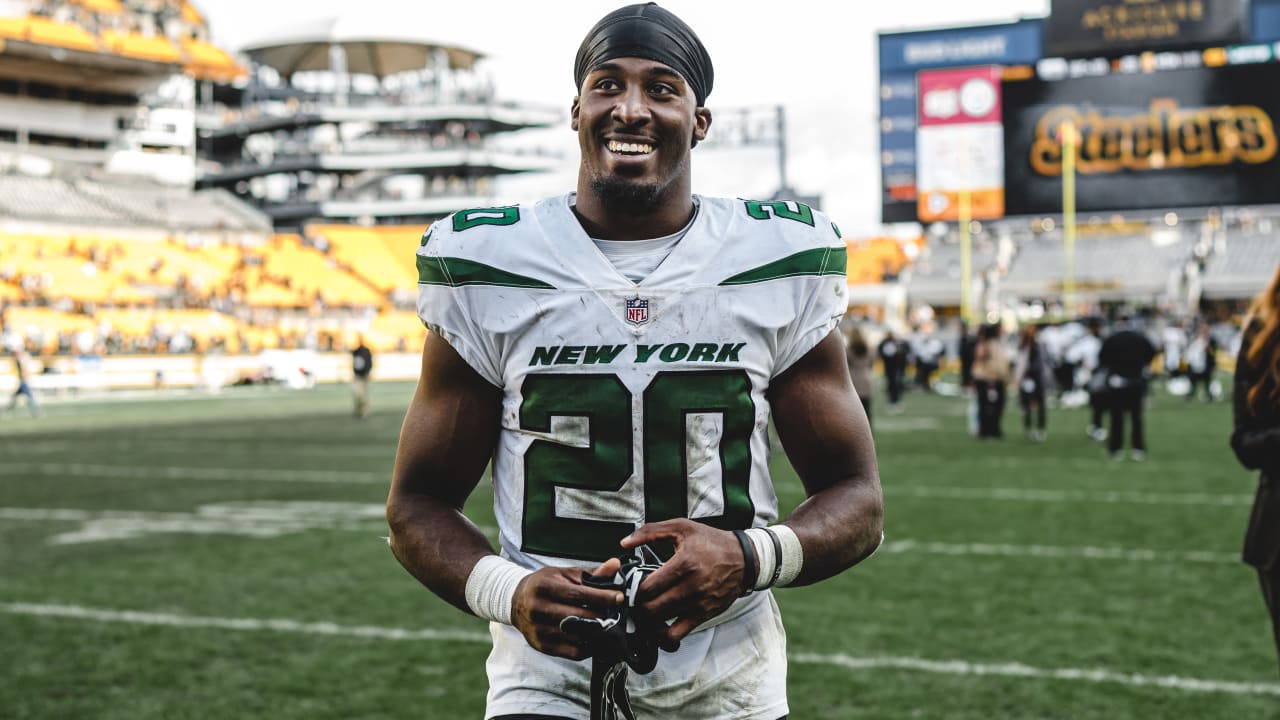 Olave has had a historic start to his career so far.

He is getting targeted on 27% of his routes and has a 2.56 yards per route run through five career games. Not only that, but his average depth of target is 18.4 yards downfield. He currently leads all NFL wide receivers with 774 air yards1

Rookies who come on the field and instantly demand targets and are efficient while doing so are extremely rare. And those rare wide receivers historically tend to be superstars.

Olave currently sits 13th all-time in receiving yards through a player's first five career games and this is with him leaving the last game early with a concussion.

Olave looks like a bona-fide stud and isn’t priced close to the top WRs in the game right now. I would Go Long with his free 3x Multiplier.

Juju started off his career on fire posting great efficiency numbers as a rookie and then a breakout in his sophomore season. Since then he hasn’t been the same player.

In both his rookie and sophomore years he had a yards per route run of 1.9 or higher in both seasons. He was also being utilized in the intermediate parts of the field shown by an average depth of target of 9.9 and 9.3 in those seasons.

It was clear having Antonio Brown alongside him for his first two years put him in ideal matchup scenarios that allowed him to thrive.

Since Brown left Pittsburgh, Juju hasn’t had a yards per route run higher than 1.6. His current YPRR of 1.54 is his highest in four seasons. He’s being targeted on 19.2% of his routes he’s run this year which isn’t terrible, but he’s clearly not going to be the same player.

We always want to see how the NFL market values a player like him and he only got a one year deal worth $3.76 million dollars.

If there was going to be a bounce-back opportunity for him to revive his career it would have been this season and he is showing that the superstardom days are likely behind him. I would Short him with his free 7x Multiplier

Moore returned from injury two weeks ago with a lackluster performance against the Panthers. He was targeted five times, but with a 10.4 aDOT, a welcome change compared to his screen-happy usage last season. Yet, he turned five targets, some deep down the field, into just 11 yards.

Then last week, that number dropped down to 2.3 despite him producing significantly more overall (68 yards on eight targets). Almost every target was on a screen or drag besides one comeback in the fourth quarter.

Route participation and target share were strong each game with the aDOT (in a small sample) moving a lot along with his slot snaps. Moore was in the slot 20 more times last week, in his more productive game, than his first game back. The slot will become his home with Deandre Hopkins due back next week, which is where he’s been more comfortable throughout his career.

Even without Hopkins, this could be a huge week for Moore because he is going up against the Seahawks. They have one of the worst pass defenses in football. A few deep targets and his stock may pop.

The time is near, Mariota will not be the Falcons starting QB much longer. He has the second worst adjusted completion percentage in the entire league and the Falcons offense has completely stagnated.

Of course, plenty of that is because Arthur Smith has brought this unit back to the stone age, but there’s likely a reason he doesn’t want to put the ball in Mariota’s hands every play.

The Falcons face the 49ers this week who have the best defensive DVOA and coverage grade in football so far this season. This smells like the moment he’s finally benched for Desmond Ridder, a very good buy himself. Add the Short Multiplier to make your investment count even more.

As of Thursday Rashod Bateman is still sidelined with a foot injury making it the best time to Go Long on Devin Duvernay.

This season, the established punt returner is also carving out a genuine role for himself to become a highly utilized, explosive gadget player in this Baltimore offense. Not only has he been reliable in catching his targets, but we have also seen him line up at running back.

Going up against the Giants this week and still sitting at under $6 priced between Nico Collins and Kadarius Toney, Duvernay is setting himself up for a breakout game. He has all of my attention his weekend. Make sure you add the Long  Multiplier to juice the potential returns.

I have officially lost all hope for the Denver Broncos. Am I still upset that we have to watch this team in prime time yet again? Of course I am. However, is there real concern for Jerry Jeudy? Absolutely.

It’s the drops! I am tired of the drops! Out of every 5.7 catchable passes this season, Juedy is dropping one of them. Tie that in with the fact that Russell Wilson looks washed, the coaching staff is underwhelming, and have put up a total of 36 points in their three prime-time games thus far this season… while the Los Angeles Chargers have put up at least 30 in each of their last two games.

My bar is on the ground for the Broncos under the big lights, but I am definitely still out on Jerry Juedy for this one. Go Short and make it count with a 3X Short Multiplier.

This week is a two-fer for me as I would look to Go Long on Ehlinger and Go Short on Matt Ryan. Technically, Nick Foles is the backup, but if the Colts fall out of the playoff race, I would expect them to give Ehlinger the opportunity. As we’ve seen in recent weeks, backup QBs on Mojo, especially the young “mystery boxes,” are sweet investments. At one point yesterday, Commanders backup QB Taylor Heinicke was +36% with his Long Multiplier and even Sam Howell was up big.

His MVP season is a distant memory. The protective shield around Matt Ryan is the mediocre division the Colts find themselves in. If they can stay in the Playoff race, Ryan’s short-term opportunity is likely safe. Long-term, will any team believe in him as their franchise QB next year if he fails to succeed with his second team in two years? His future value is $6.68, which means the market expects him to get an opportunity to start beyond this season. Go Short with his Multiplier and root for a QB change.

In the past week, Ken Walker has gone up almost 12% on Mojo. After Rashaad Penny broke his leg and received season-ending surgery (and his future with Seattle seems up in the air now), going long on Walker seems like a no brainer. He’ll be getting a ton of touches, and to the shock of us all, Geno Smith, of all people, seems to be on a tear.

The Packers offense has been up and down as of late, and Robert Tonyan is consistently on the down. His future value is $1.57, which means he has to nearly match his entire career output to turn a profit. In the past he was a dynamic red zone threat, but the Packers have leaned on other players this year to convert drives into touchdowns. He’s also still a health risk.

Simply put, Hall is that dude. Every week his snap % has increased in the Jets offense, and that’s not going to stop anytime soon. Last week we saw Hall have a breakout game, and that came even with Michael Carter vulturing two goalline TDs.

Hall is an elite talent and could quickly find himself climbing the ranks on Mojo. Currently priced as the 20th highest RB, I’d be shocked if he’s not inside at least the top 15 by the end of the season. He has the talent, and the opportunity to become a top five RB in the NFL.

With the return of Dak Prescott imminent despite Cooper Rush’s flawless record, Rush is an obvious candidate to Short.

Rush has played well in Prescott’s absence, however Mojo traders will quickly forget about Rush’s contributions once Dak returns as the QB 1 in Dallas, naturally causing Rush’s stock price to fall every week in which Dak stays healthy. Tack on the Multiplier to make those steady gains count.

Prices are current as of 10/14/22 at 11:00 AM EST
All trades you make are with Mojo, which sets the lines as the “house”. Recommendations are for entertainment purposes only. Please use your own judgment and data to make trades. 21+. Must be in NJ to trade. Gambling Problem? 1-800-GAMBLER
About the Author:

Mojo Team
Dig into insights, updates, and tricks of the trade from our team of expert analysts.