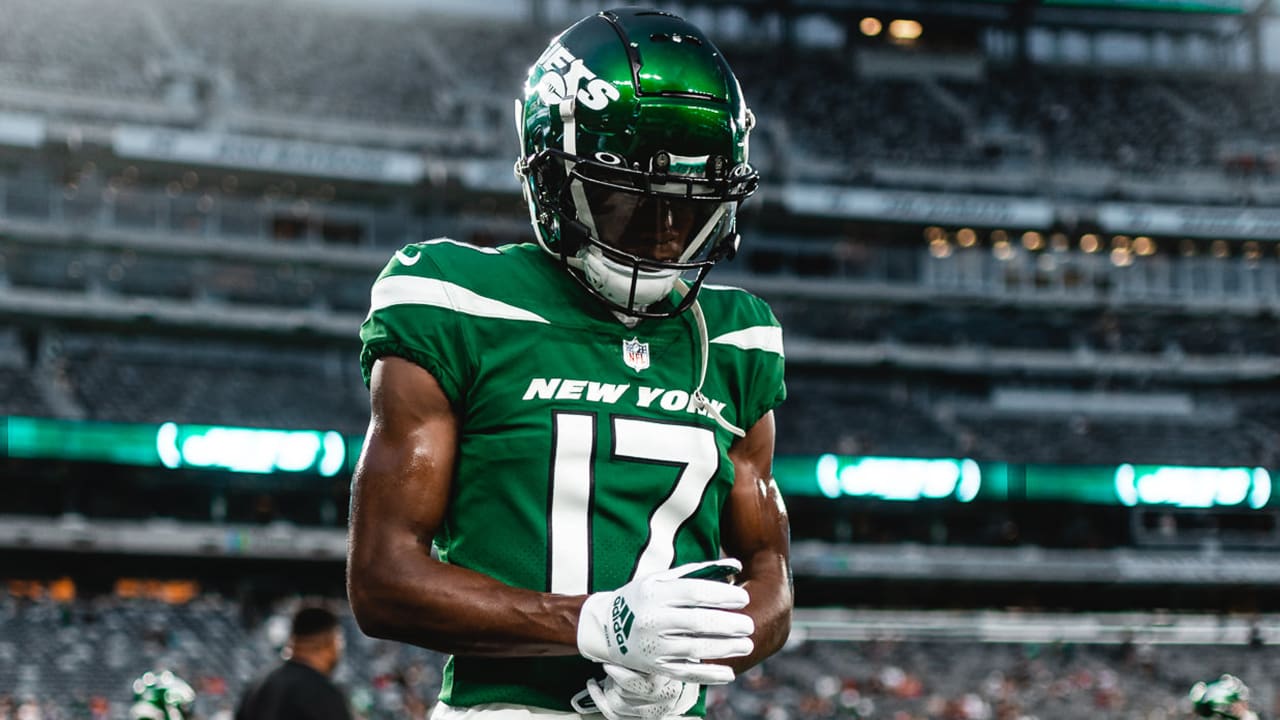 Mojo is a sports stock market that lets you invest in a player’s career. Share prices represent the market’s latest expectation for a player’s career, or how their final statline will look. That could move up or down based on their on-field production, health, or a change in their situation.

Here are five players I'm looking at before Week 13: three whose stocks I expect to rise to Go Long on, and two who I feel are overpriced and am Going Short on.

Garrett Wilson has been very impressive as a rookie despite being burdened for part of the year with some of the worst QB play in football. Wilson has banked $1.06 of Mojo Value in 11 games to start his NFL career, an average of $0.096 per game. Despite being a rookie and having part of the year result in lower stats with awful QB play, that mark is very similar to the career averages of players like Robert Woods and Tyler Lockett.

Wilson will continue to grow from here in the remainder of his rookie season. We typically see rookie WRs produce more in the second half of their rookie season and Wilson’s per-game average could definitely increase as the season continues. We should also see improvement as he enters his sophomore year next season.

His current share price of $14.79 already implies a career arc similar to players like Woods and Lockett based on what is traditionally the least productive time in a players’ career (first half of rookie season). He has tons of upside.

This is not my first time talking about Bell and it certainly won’t be my last either. The Browns’ 3rd round pick has not been impressive so far this year, but his share price makes him the perfect lotto ticket.

Bell was a focal point in college at Purdue with over 25% of his team’s receiving yards in 3 straight years before declaring early for the NFL draft.

He has 5+ targets in 3 straight weeks and will now receive a QB upgrade in Deshaun Watson which could open up the offense even more and offer more looks toward Bell.

He’s currently priced between fellow rookies Jalen Tolbert and Velus Jones Jr, two players who have COMBINED for eight targets, five receptions, and 36 yards thus far in their careers with far less pedigree than Bell. His stock should soar far past theirs sooner rather than later.

Watson has been very impressive over the last few weeks with 6 touchdowns in 3 games, but his price has not risen to a level that makes me not want to buy high. His current share price of $7.92 implies a career arc similar to players like DJ Chark and Van Jefferson.

While I did not love Watson as a prospect and he’s been far from consistent as a rookie, there have been obvious flashes indicating he has a much higher ceiling than his price would suggest.

Partly due to health and partly due to being a rookie, Watson was not a major part of the Packers’ offense to start the season. But on the routes that he has run so far this season, he has an impressive 24% target per route run and 2.5 yards per route run. This is in addition to an average depth of target of 12.8. This means that as a rookie, Watson has been earning valuable targets at a good rate and converting them to real production.

Despite this, Watson’s price is $3-$4 cheaper than players like Treylon Burks, Jahan Dotson, and George Pickens, fellow rookies who were drafted in a similar spot as Watson and have also produced sporadically as rookies. His stock has plenty of room to rise as the season goes on.

Boyd has been productive before in his career with 1,000 yard seasons in 2018 and 2019. However, his production has never returned to that level since the Bengals drafted Tee Higgins and then Ja’Marr Chase- Boyd has fallen to the third option in their offense.

He’s currently banked $8.97 in Mojo Value, but his price still implies he will bank an additional $7.00 before he retires. In his career, Boyd has banked an average of $0.087 Mojo Value per game, and at that pace, he would need 81 additional games in his career to bank his current future value.

At 28 and barring any injuries at all, this would take Boyd until his age-32 season. That’s a massive risk.

Jordan was an analytics darling before the 2021 NFL Draft with many people having him in a tier with Pat Freiermuth after Kyle Pitts. However, he fell heavily in the draft and had to wait until the 5th round to hear his name called.

His career has been similarly disappointing since then. In nine games as a rookie, he had 180 yards (20 per game) and three touchdowns. In five games this season, he has 32 yards (about six yards per game). In total, he’s banked just $0.39 in Mojo Value.

However, Jordan has been a healthy scratch for the Texans over the last three weeks with the team opting for Jordan Akins, OJ Howard, and Teagan Quitoriano.

Despite this, Jordan still has $3.71 in Future Value, not very far off from how the market sees David Njoku. Jordin would need to work his way back to being a starter to meet these expectations. With his low draft capital, lack of NFL production, and his apparent benching; this seems highly unlikely.

Prices are current as of 12/2/22 at 3:00 PM EST
Akash Patel is a contributing writer on Mojo. All trades you make are with Mojo, which sets the lines as the “house”. Recommendations are for entertainment purposes only. Please use your own judgment and data to make trades. 21+. Must be in NJ to trade. Gambling Problem? 1-800-GAMBLER
About the Author: