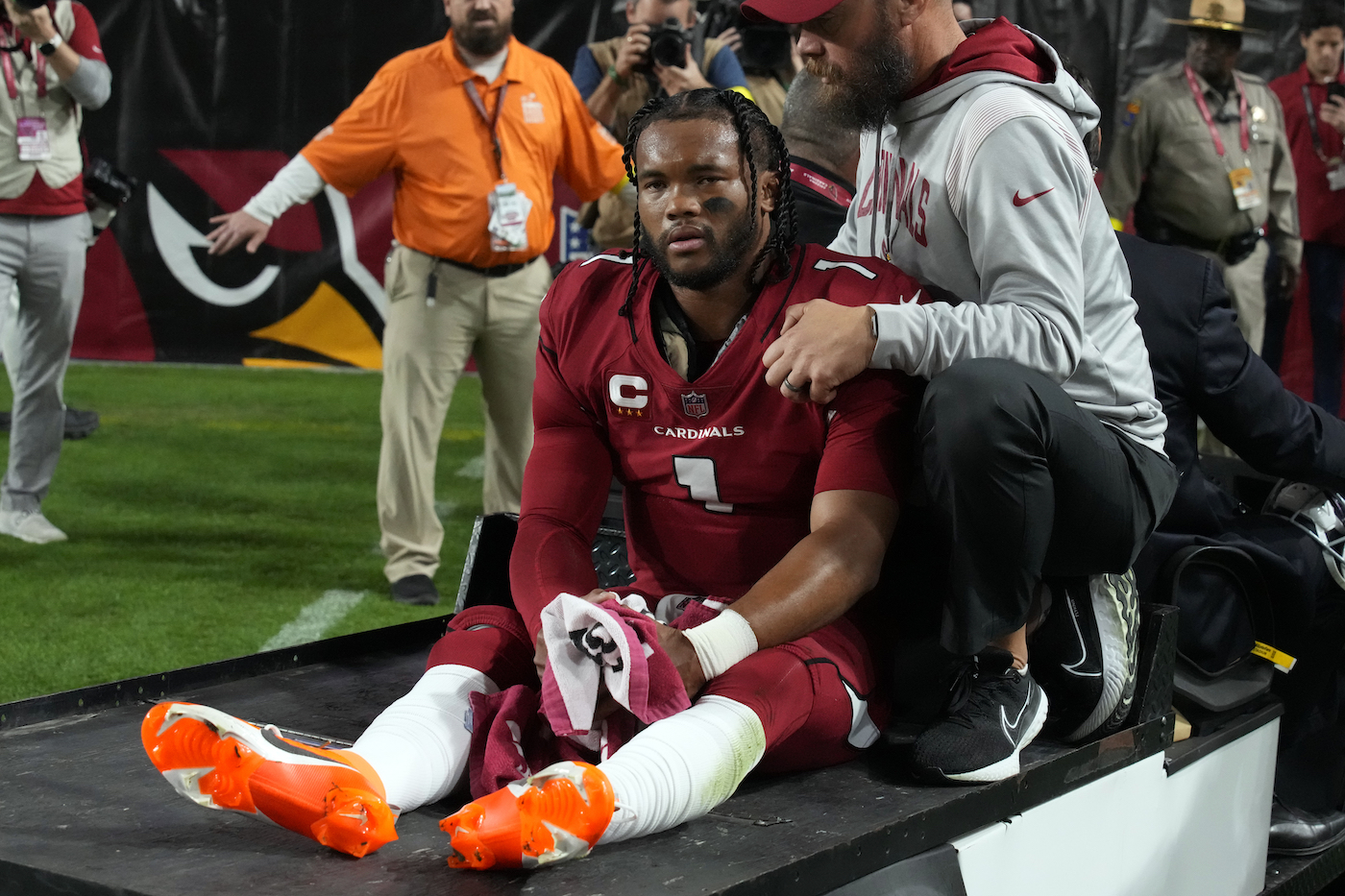 A lost season in Arizona just got worse with Murray suffering an ACL tear on the third play from scrimmage Monday night. As a result, Murray's share price has fallen and now sits at $53.87, which is 21st highest among NFL QBs.

However, if you go back one year, Murray's share price is down 14.5%, primarily due to his shaky play prior to injury. Certainly not ideal for those who were hoping for an Arizona breakout this season.

In the big picture, Murray will now miss a minimum of 9-12 months before returning to the field. This is a typical recovery timeline for post-operative ACL reconstruction. The more pressing concern is how does this affect Murray's mobility in the future?

He’s at his best when he can extend plays with his legs and move out of the pocket. There is a chance that he plays more conservatively from the pocket in the future. However, the market expects him to earn just $30.15 Future Value before he retires. He’s earned $0.42 per game in his career so far, so that means the market expects him to play only about four more seasons at this pace.

It's important to note that Murray is only 25 years old, and is tied to Arizona for the foreseeable future after his massive contract extension this year.

Dr. Morse personally feels that Murray won’t be fully back to his ‘normal’ ability to play QB until 2024. There’s a good chance he starts the 2023 season on the PUP, or at the minimum is VERY restricted/ apprehensive with running. Think more QB12-18 as compared to QB5-8. Go Short in the short term and ‘buy the dip’ if you’re willing to hold him for 1.5+ additional years.

Stevenson suffered an ankle sprain in their win over the Cardinals on Monday night. He returned briefly, only to exit again and never return. His stock dropped 4% in the process.

While not confirmed, this was likely a high-ankle sprain. While high ankle sprains can be a nagging, lingering injury, I fully expect the Patriots to be conservative with Stevenson as he is a vital part of their offense. So, it's possible he misses a couple of weeks due to this injury.

Running backs really struggle with high-ankle sprains as it zaps their explosiveness and Dr. Morse doesn’t expect him to be back to 100% until 2023. He has top 5-10 RB upside written all over him, but his 2022 regular season may be essentially over.

On the other hand, Stevenson has seen his share price balloon over the past year (+41.7%) as he has become the unquestioned RB1 in New England. Damien Harris is an impending free agent, and assuming he does not re-sign with the Pats, this will be Stevenson's backfield next year.

His share price currently sits at $8.43, but it would not surprise us if this were to get near $10 next year, the same range as Devin Singletary and Antonio Gibson. Stevenson is still a great option to Go Long on.

Higgins aggravated his lingering hamstring injury during pregame warmups that limited him to one offensive snap in their win over the Browns. It's possible that Higgins returned too early from this injury and this recurrence is very typical when an athlete returns too quickly.

Zac Taylor labeled Higgins as "day-to-day" but it would not be surprising if Higgins were to miss a week or two as Cincy ensures he is 100% healthy for their playoff run.

In the short-term, this injury looks concerning, in the long term this will be nothing short of a blimp in the radar. He’s a young athletic freak with a fantastic WR1 next to him and a potential Hall of Fame QB throwing to him.

Overall, Higgins' share price is +23.9% over the last year as he has become entrenched as the Bengals #2 WR and the perfect compliment to Ja'Marr Chase. His $19.15 share price is 13th highest among WRs, more than AJ Brown and Jaylen Waddle.

It's possible that the Bengals will not be able to afford him after his rookie contract and will be sent to a new team with a less prolific QB soon. That uncertainty could make Higgins a wise option to Go Short.

Waller is expected to return in the near future from a hamstring strain that has kept him out for multiple months. This strain was most likely a moderate grade II strain, which is why he has been on the shelf for such an extended period of time.

Injuries have largely derailed Waller’s last couple of years since his big breakout. He missed six games last year and six already this year. This is reflected by Waller's share price dipping -41.2% over the last year and now the market expects just $1.72 in Future Value.

Dr. Morse has significant concerns about Walker’s long term abilities and feels like his decline has begun. He’s playing in his age-30 season, and this is usually where an athletic decline begins in TEs, except for the rare freaks like Travis Kelce, Rob Gronkowski, or Tony Gonzalez. Waller is not in that group.

In the short term, he could rekindle his chemistry with Derek Carr and produce for the rest of this season. Yet,  uncertainty at the QB position in Las Vegas next year and beyond along with Waller's recent injury history could make this a great opportunity to Go Short. If you do, tack on his 5x Short Multiplier to supercharge your bet!