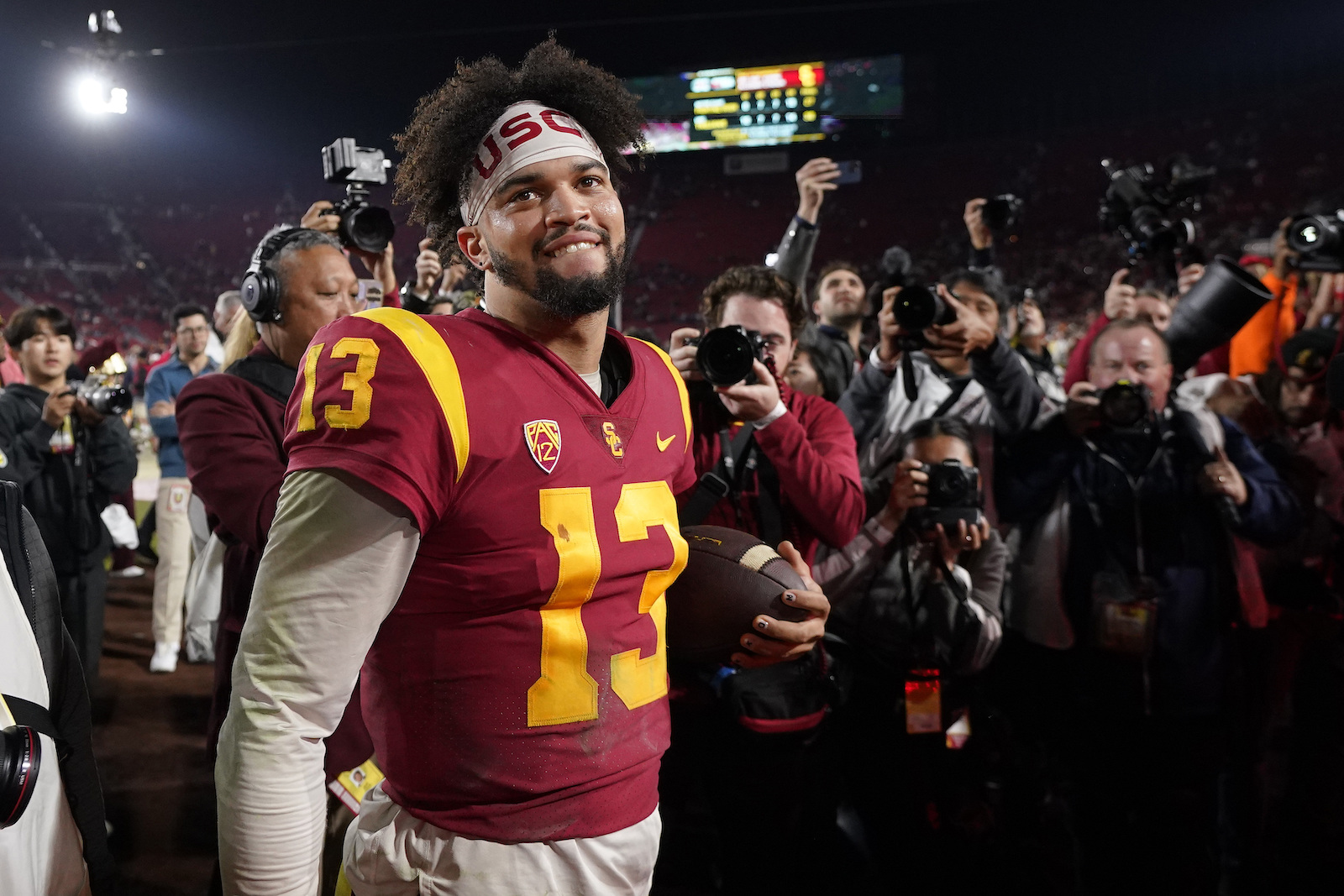 Mojo is a sports stock market that lets you bet on the future NFL career stats of collegiate prospects.

It is not unusual to see college QBs see their Mojo stock increase 10, 15, or even 20 percent in a given week. What better time to invest than the days leading up to conference championship week?

There’s three quarterbacks that can offer immediate gains going long, but are also worth holding throughout next season. There’s no scarcity on Mojo, but the same way that traditional betting lines can move based on action, I believe these QBs will get a ton of Long action, which could positively impact their share prices in the offseason. (Make sure you tack on their 3x Multipliers if you want a chance for higher returns in a short period of time.)

Profiled last week, Williams’ share price still does not match his potential. Even after a fantastic game in prime time against Notre Dame, he didn’t move much. The market must view him at a plateau, however he’s basically sealed up the Heisman as a true sophomore. At the very least, Williams should be on par with Bryce Young ($36.67), giving him room to grow 15% between now and next season.

Williams will get a Utah defense who is much different away from Salt Lake City in the Pac-12 Championship next Saturday. Even at Utah, during the regular season, Williams threw for 381 yards with five touchdowns and no interceptions. He also added a cool 57 more rushing yards to his line. Caleb Williams is the most dynamic quarterback in college football right now, and he’s still underpriced. He is probably going to win the Heisman trophy in a few weeks and be the first overall draft pick in 18 months. A $500 bet today, with the Mojo 3x multiplier, would turn into $730 when he inevitably reaches Bryce Young territory. And there is potential for much more beyond that! (Trevor Lawrence is $63.90!)

For context, $9.88 per share implies the market expects Klubnik will eventually be a 3rd round pick in the NFL.

Klubnik’s stock actually went down after he didn’t see the field against South Carolina. I guess Dabo Swinney didn’t want to bench starter DJ Uiagalelei in Clemson’s last home game. However, DJU deserved to be benched after completing just eight of *checks notes* twenty nine passes for 99 yards with one touchdown and one interception. The numbers are shockingly bad.

With the ACC title on the line next Saturday I would not be surprised to see Klubnik get a shot if DJU struggles again, or even a quarterback rotation during the game. The true freshman has looked shaky at times, but did “lead” a comeback against Syracuse, although it was mostly by handing off to running back Will Shipley. Klubnik is priced appropriately at the moment, and I do not see much risk of his stock going down over the next six months. However, if he leads Clemson to an ACC championship next weekend, his number could jump 5% to at least Drew Allar range ($10.31). And if he balls out, I wouldn’t be shocked if it doubled into Quinn Ewers territory ($18.40).

Just a redshirt freshman, Green forced incumbent starter Hank Bachmeier to enter the transfer portal and then completely resurrected the Boise St. offense by himself. In nine games as the starter, he’s completing 64% of his passes for 1730 yards (8.2 yards per attempt), 12 touchdowns to only four interceptions and destroyed defenses on the ground with 437 yards and eight scores. He will get a chance to let the nation know who he is this Saturday against Fresno State in the Mountain West championship.

A true penny stock, anyone less than $1 means the market doesn’t expect the player to be drafted into the NFL. This really feels like cheating because his stock price is so low that there’s almost no way it doesn’t go up.

We also need to consider some peripheral details that matter for perception. Green plays for a “name brand” Group-of-Five program in Boise St. The average fan at least knows about the Broncos, which adds to his credibility as a potential NFL QB. There are a few other G5 QBs Green should have no problem catching up to - Liberty’s Kaidon Salter ($1.25), Western Kentucky’s Austin Reed ($1.47), or even his opponent in this matchup Fresno State’s Jake Haener ($2.87). Those players offer reasonable projections for Green’s price and represent 45%, 71%, and 233% return on investment, respectively. With the Mojo 3x multiplier, a $100 investment in Taylen Green today could be worth $312.91 by next week if he just matches Austin Reed’s share price. There is absolutely long term potential here as well, since in the transfer portal era, Green has one free ticket to transfer to a powerhouse program and make himself a household name in 2023.