Whose Stock to Bet on Before the Playoffs 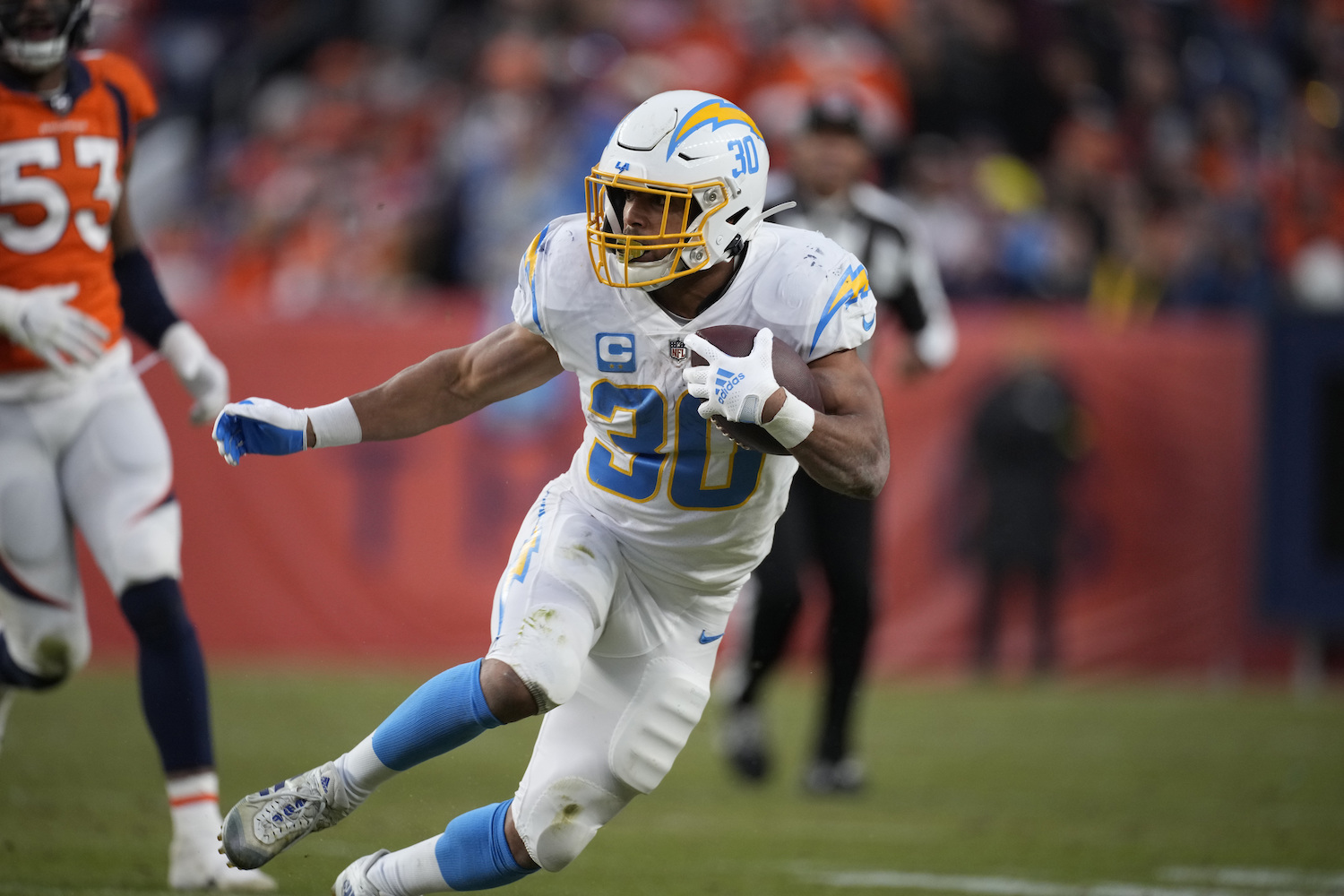 Below I’ll highlight three players playing in Wild Card Weekend. I’m Going Long on two of them, and short on one of them. Use their respective unique Multipliers to supercharge your bets to exponentially increase your earnings. Let’s go!

Ekeler has a 5x Multiplier against a Jaguars team that has given up the most targets to running backs this season (140). Ekeler, meanwhile, led all running backs with 123 targets. That’s a match made in heaven. Not to mention the Chargers are a two-point road favorite with an implied total of nearly 25 points, which should lead to plenty of scoring opportunities for Ekeler.

So far this season, Ekeler has accumulated $2.74 in Banked Value. Last season, he accumulated $2.70. That’s just over $0.16 per game. Currently, the market expects him to earn $4.98 before he retires (his Future Value). Based on his banked value of just over $0.16 per game the last two seasons, the market expects him to play another 30 games (under two seasons) at the same level.

Because of his touchdown equity in a high-powered offense (38 total in the last two seasons) and his robust role in the passing game, Ekeler should have no problem earning another $4.98 before he retires. He’s also in incredible shape and has just 811 carries. Compare that to another 27-year old in Ezekiel Elliott who has 1,881 career carries.

There’s not a better player to Go Long on now before the playoffs begin. By playing him fewer than 50% of the snaps the last two regular season games, you better believe the Chargers were saving one of their best players for the games that matter. Remember to supercharge your bet on Ekeler by taking advantage of his 5x Multiplier.

Gabe Davis is on the field a lot, that’s for sure. His 91.5% snap share this season ranked ninth amongst all wide receivers. He also scores a lot (25 total touchdowns in three seasons). Both of those things are great. But what’s not great, is that Davis has a target share of just 18.2% and a target rate of just 18.3% this season. Per PlayerProfiler, those metrics rank 43rd and 68th respectively amongst wideouts.

In fact, Davis has caught four or fewer passes in 14 of 16 games this season. In two games against the Dolphins, he’s averaging just 3.5 catches for 46.5 yards on six targets. Essentially, he’s touchdown or bust this season (and really for his entire career-to-date). He scored fewer than 10 PPR fantasy points in 56% of his games this season.

With all that in mind, now is the time to Go Short on Davis, a guy with a relatively unclear future as the WR2 in Buffalo. The market expects him to earn $6.87 before he retires, which is more than Chris Godwin ($5.78 Future Value), Terry McLaurin ($6.72), and Diontae Johnson ($5.07). Sure, he’s six years younger than Stefon Diggs, but the market only believes Diggs will earn $0.88 more than Davis for the rest of their respective careers. I’m not so sure about that.

There’s always a chance Davis’ stock price rises dramatically in any given week as he has that boom potential thanks to playing with Josh Allen. Despite that, he has accumulated just $0.09 per game this season. He’s banked greater than his average in just five of 16 games, which tells you there are far more very mediocre games than blow up games.

Typically with young players we want to see consistent increases in target share every year. With Davis, we’ve seen the exact opposite thing happen this season. Triple down on your Short bet by using his 3x Multiplier.

Thus far in his career, Hockenson has banked $4.27 in value. The market believes he’ll earn $6.55 in Future Value before all is said and done. That’s the third-highest future value for a tight end, but rightfully so. He’s behind just Travis Kelce ($7.04) and Kyle Pitts ($8.66). Kelce, however, is 33 years old right now, whereas Hockenson is just 25 years old. What’s interesting is that Hockenson’s player comp on PlayerProfiler is actually Travis Kelce.

Hockenson has earned just shy of $0.09 per game in nine full games played with the Vikings. With that per-game value, the market suggests he’ll have another 4.3 seasons of production at that level. He’d be approaching 30 years of age at that point, but we know tight ends can produce well into their 30s (Kelce and Zach Ertz are still at it).

Not only does Hockenson have a great matchup indoors against the Giants this weekend (who he torched for 13-109-2 on 16 targets in Week 16), but he’s likely got a long, fruitful career ahead of him in Minnesota. Go Long, and supercharge that bet with his 5x Multiplier.