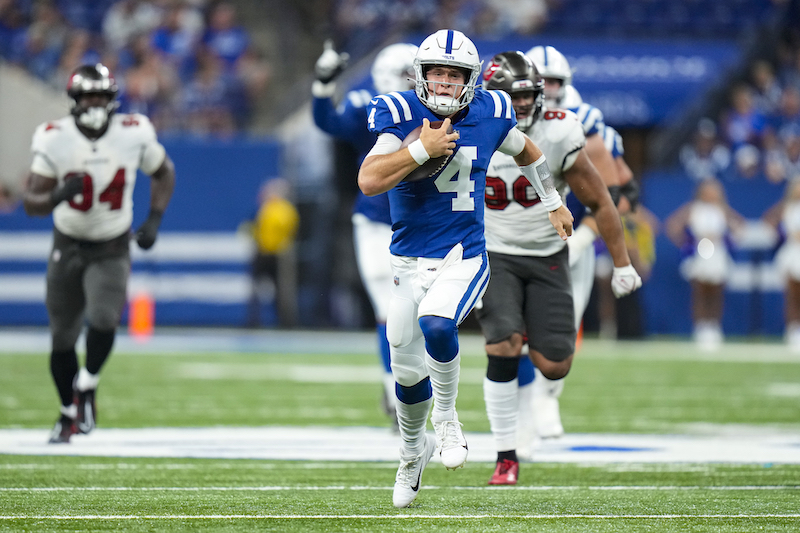 There’s no doubt Tagovailoa’s play has taken a significant step up this year. Currently the 24th highest-priced QB, I think he is my favorite cheap QB to Go Long on.

Tyreek Hill & Jaylen Waddle might be the best WR duo in the NFL and Tagovailoa is just 24 years old. His 2020 draft class peers, Joe Burrow and Justin Herbert, both sit above $82, more than double his share price. I believe that Tua will close that gap as he matures and is severely underpriced.

It was fun while it lasted, but Zappe hour is quickly coming to a close in New England. His price shot up another 23% when he made a surprise appearance on Monday Night Football. However, that game did not go well and now is the time to go Short on Zappe.

The Patriots announced on Monday that Mac Jones would be their starter against the Jets. While their defense has been amazing, any type of good game should give Jones some breathing room ahead of Zappe.

Capitalize off his previously surging price and get an incredibly soft entry point to Short.

If you like uncertainty, you’ll love Ehlinger’s stock. At only $6.48 you’re getting a share of a young, exciting QB making his first start in what could be an above average offense.

Ehlinger could quickly become a Mojo darling, similar to Bailey Zappe who now sits over $9, but with a potentially higher ceiling. Ehlinger has an outside shot to stick with the Colts beyond just this year if he plays well enough. Or, his career could end not long after it began.

The upside is massive with Ehlinger at a very cheap cost, which makes him one of my favorite ‘penny stocks’ on Mojo.

Prices are current as of 10/26/22 at 6:00 PM EST
Luke Sawhook is a Contributing Writer Mojo. All trades you make are with Mojo, which sets the lines as the “house”. Recommendations are for entertainment purposes only. Please use your own judgment and data to make trades. 21+. Must be in NJ to trade. Gambling Problem? 1-800-GAMBLER
About the Author: