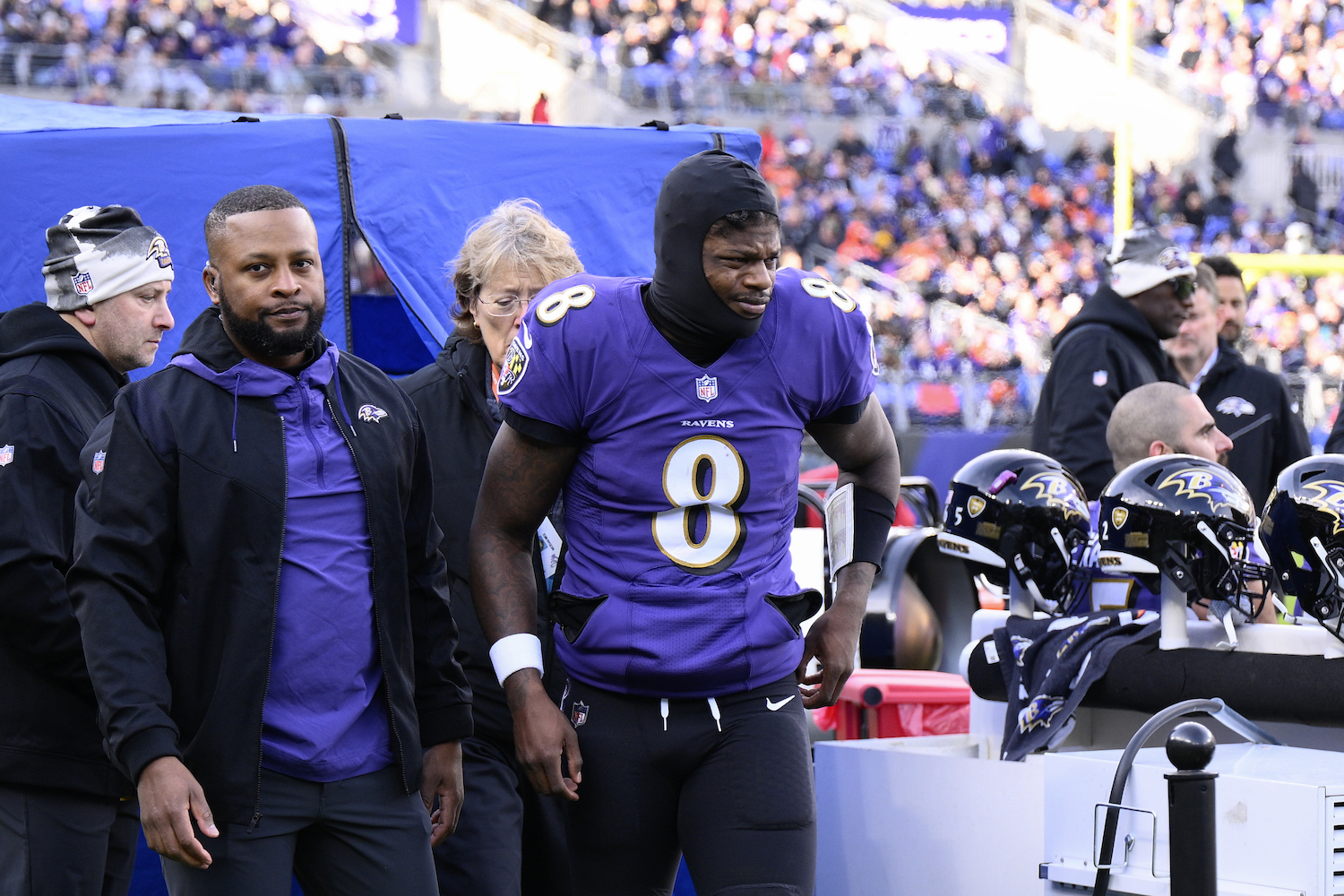 Mojo is a sports stock market that allows you to bet on the career stats of athletes. Health and durability are a major consideration for you when deciding to Go Long or Go Short on a stock, (which is like taking the over or under on a traditional futures bet).

Multipliers allow you to customize your risk and reward if you want to try and make more (and risk more) in a short period of time. The cool thing about multipliers is that your downside is capped at the value of your initial bet and you have unlimited upside on Long Multipliers.

It's been confirmed that Jackson (-1.2% over last week) suffered a sprained PCL in his left knee last Sunday. There are different grades/severities when it comes to ligamentous/soft tissue injuries, and Jackson’s is reportedly a grade I, the most mild. He’s been playing a little banged up all year, as he has previously been on the injury report with hip & quadriceps injuries.

It's speculated that he will miss anywhere from one to three weeks, which could have massive implications in the AFC North race and the AFC playoff picture as a whole.

Overall, Jackson’s share price is up 11.2% over the last year, and is the 12th highest among QBs. In the big picture, it's important to remember that Jackson is just 25 years old. This is the last year of his rookie contract, but his high level of play should continue whether it's in Baltimore or elsewhere. Go Long when it comes to Jackson, as this injury does not affect his long-term outlook.

Walker (-3.9% over last week) suffered an ankle/foot injury that forced him out of the Seahawks’ win over the Rams. The diagnosis is yet to be classified other than Pete Carroll calling it a "jammed" right ankle.

The injury appeared to affect the medial/inner portion of his ankle. We speculate that it could be an injury to the tendon sheath of either his Extensor Hallucis Longus, or Tibialis Anterior. Other diagnoses are in play as well, but his MRI displayed nothing serious that we know of.

While Walker's share price has dropped 4.2% over the last month, it's important to note that it's up 26.1% over the last year. That was in part due to Rashaad Penny’s season-ending injury and impending free agency, but now this is Walker's backfield in the short and long-term

Add in the fact that Seattle is likely to get a top draft choice thanks to fleecing Denver in the Russel Wilson trade, Walker is in a prime position to produce for years to come. Go Long!

Man, Garoppolo just can't catch a break. During his first drive in the 49ers’ win against the Dolphins, Garoppolo suffered a fractured left foot. Initial reports feared a possible Lisfranc injury, and his share price sunk 9% by Sunday night.

However, after further imaging and examination, it seems Garoppolo has partially dodged a bullet and won't require surgery. It's possible he can return in six to eight weeks, and his share price climbed back 4% with this news.

What happens to Garoppolo next year is anyone's guess. He could return to San Francisco or be lured elsewhere. However, it is clear that injuries are starting to catch up to him.

Over the last 4 years he has had a left ACL tear, a series of high-ankle sprains, a thumb & throwing shoulder issue last year that led to labrum/shoulder capsule repair & now the foot injury. The market thinks he'll earn $13.25 before he retires and he’s a massive durability risk. So, it's advisable to Go Short on Garoppolo.

Sutton (-2.7% over last week) left Week 13 with a hamstring injury without a catch on one target. Initial reports indicated he may miss multiple weeks with a hamstring strain. However, Nathaniel Hackett classified Sutton as "day-to-day." This is most likely indicative of a grade I strain and it's possible only misses one or two games.

While this is surely another sour note in the Broncos season, let's not forget that Sutton missed most of the 2020 season (15 games) with a torn left ACL & MCL and bounced back nicely with 58 REC, 776 YDS, and two TDs in 2021. While that might not be overly impressive, he was dealing with pretty poor QB play. Sound familiar?

Sutton's share price is currently 46th highest among NFL WR's and the market expects he'll earn another $7.38 before he retires, or four more average, healthy seasons by his career’s standards. He is only 27 years old and is tied to Denver for years to come, so another candidate to Go Long with.