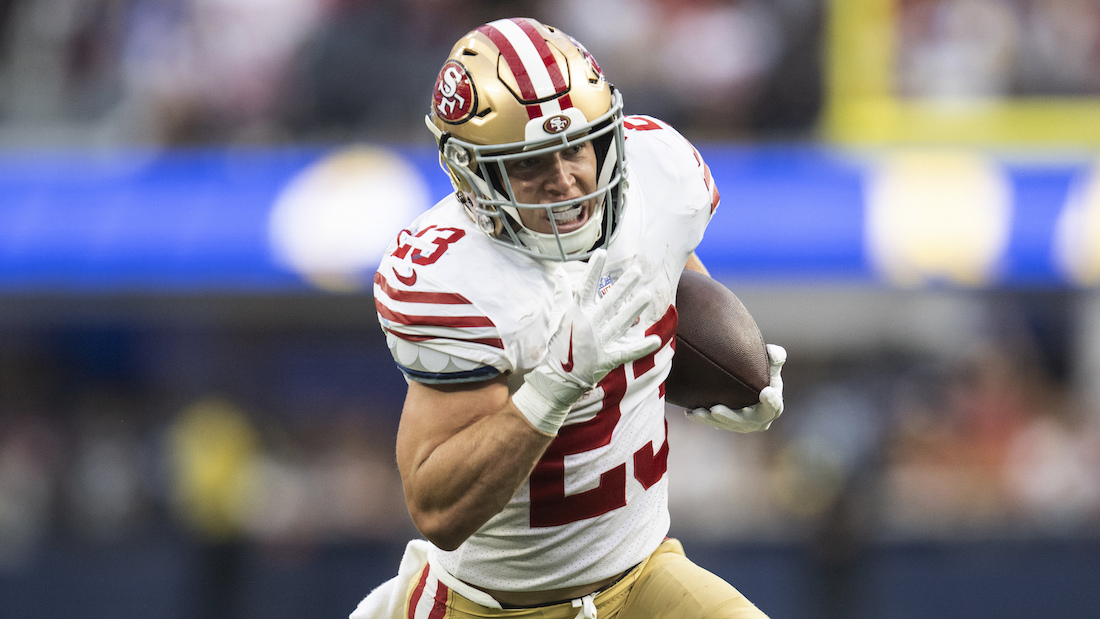 Purdy, Purdy, Purdy good! The 49ers’ new QB is +90% since December 1st. That means a $1K bet on Purdy two weeks ago would be worth about $3K today with his Multiplier! Will his hot streak continue against Seattle?

McCaffrey’s stock is up 55% with his Multiplier since Jimmy Garoppolo went down with a foot injury. Buy stock now while the 49ers’ offense is centered around their dynamic, do-it-all running back.

Deebo Samuel is out, so Aiyuk is set to pick up most of the slack for the 49ers’ passing attack. The offense has stayed on point with Purdy at the helm and the Seahawks pass defense isn’t special, so betting on Aiyuk with his 5x Multiplier could be a good play.

It’s been a slow year for Kittle, only earning more than $0.10 in Mojo Value three times all season. His stock has dropped 13% since Week 1. He’ll look to get back on track as more opportunities open up with Samuel out.

Purdy picked up an oblique injury mid-week. He is set to play tonight, but obliques can be fickle and Johnson’s price will be volatile with a slightly increased chance of seeing action.

Will he ever write back? Smith’s Share Price has risen 69% so far this season, one of the biggest gains in the market. The Seahawks have explored extending their breakout QB and a guaranteed role next season will send his stock up even further.

The market likes Walker III a lot — he’s expected to be more productive than Jonathan Taylor from this point forward — despite a few poor weeks. Can he right the ship against the 49ers’ stout defense?

What to make of Fant? A big part of the Russell Wilson trade, he’s only caught 37 passes for less than 400 yards this season, and earned just $0.63 in Mojo Value. He’s locked in to Seattle’s offense again next year and could be a good candidate to Go Short on if his usage remains low.

Prices are current as of 12/15/22 at 5:00 PM
James Schiano is a full time employee of Mojo. All trades you make are with Mojo, which sets the lines as the “house”. Recommendations are for entertainment purposes only. Please use your own judgment and data to make trades. 21+. Must be in NJ to trade. Gambling Problem? 1-800-GAMBLER
About the Author: