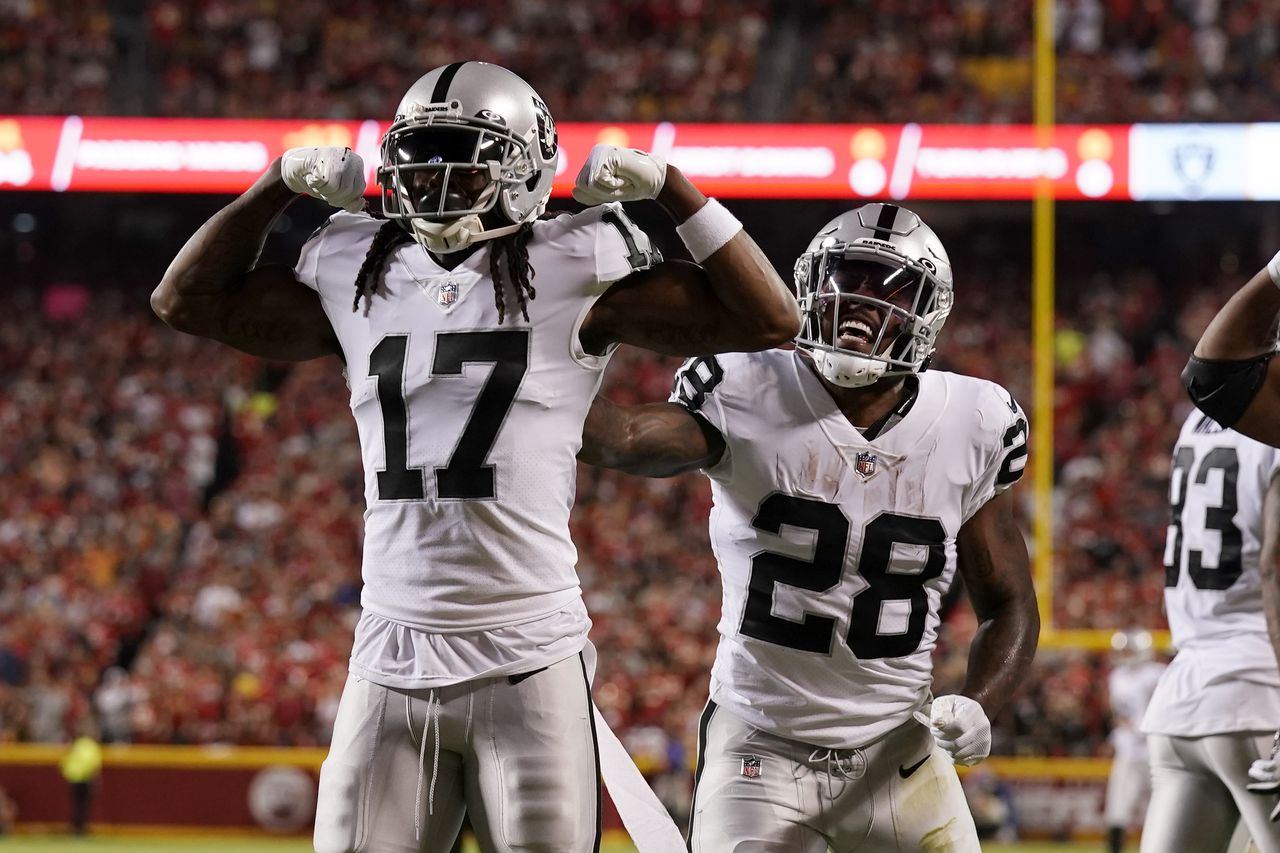 New Rams QB Baker Mayfield’s ($27.14) stock is -38% Since Week 1. It’s possible he starts just 24H after being claimed and his stock could soar if he steps on the field.

Mayfield will start at QB if Wolford (neck) can't go on Thursday night. The uncertainty could create short-term opportunity on Mayfield, who has 5x and 3x Long and Short Multipliers available.

Rams RB Cam Akers ($7.77) stock has fallen 37% this year, but  looked more spry and agile than he has in years on Sunday. Thursday is an opportunity to prove he is back on track.

Rams WR Tutu Atwell ( ($0.87) enjoyed arguably a career game Week 13 with five targets and four carries (without Cooper Kupp or Allen Robinson in the lineup). His Future Value is so low ($0.52, less than Ashton Dulin and Byron Pringle) that even modest production could send his stock up.

The market expects Raiders QB Derek Carr ($69.00) to earn $17 in Future Mojo Value before he retires, which equates to three average seasons by his own standards. If you think he can exceed that, Go Long before TNF! If not, Go Short!

Raiders WR Davante Adams ($25.31) has the most Banked Mojo Value of any WR other than Mike Evans, DeSean Jackson, AJ Green and DeAndre Hopkins. The market expects about four more typical seasons-worth of production before the 29-year-old retires.

Raiders RB Josh Jacobs’ share price dropped to a one-year low of $11.83 in September after Las Vegas declined his 5th year option. Then he caught fire! A $1K Long bet on Jacobs on September 29th would be worth nearly $2.8K right now with his Multiplier!

Prices are current as of 12/8/22 at 3:00 PM EST
James Schiano is a full time employee of Mojo. All trades you make are with Mojo, which sets the lines as the “house”. Recommendations are for entertainment purposes only. Please use your own judgment and data to make trades. 21+. Must be in NJ to trade. Gambling Problem? 1-800-GAMBLER
About the Author: