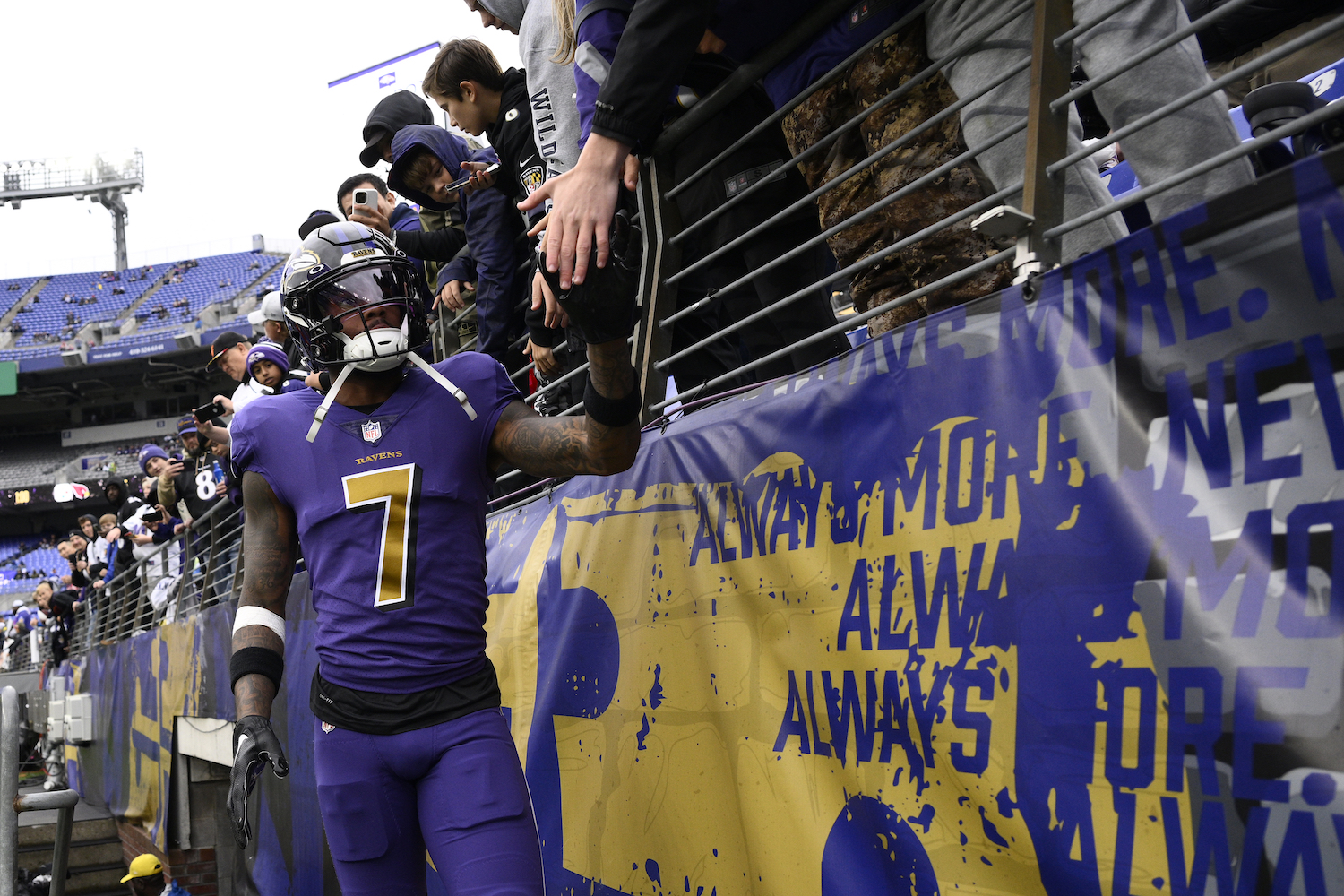 Maybe it’s just our amazing Halloween Promotion, but I’m in a very positive mood today. So much so there’s no player to Go Short on jumping out at me in tonight’s game.

Read more about the rules to the promotion HERE. Very ready for #MojoSpookyStocks 👀 🎃 👻

A few injury riddled weeks and everyone has forgotten that Bateman has superstar potential. Last Sunday was his first game since Week 4 and he put up elite usage stats in a game where Lamar Jackson only threw 16 total passes.

The Ravens’ lack of passing volume has always been the primary knock on Bateman, not his talent. This is still the same guy who profiled like a faster version of Stefon Diggs when he was coming out of Minnesota and works as a true WR1 when on the field.

Yet, his stock has fallen over 15% over the last month with his Short Multiplier and has just the 13th most Future Value among WRs, narrowly ahead of Jerry Jeudy and Jahan Dotson.

Go Long on Bateman tonight after practicing fully and facing the depleted Bucs’ secondary. Hold him for his elite upside.

Just a fourth round rookie, Otton has already seen his role increase as the season has gone on and is now looking at starting TE reps with Cameron Brate on the shelf.

He’s seen 15 targets over the Bucs’ last three games and he’s been on the field for at least two thirds of their snaps in four out of five games. He’s a big body that can get down the field and seems to be establishing rapport with Tom Brady. His short-term floor is higher than his share price would suggest.

Legacy pick. White was beloved by all out of the draft and through the preseason for his elite measurables and prowess as a receiver. His first two months as a professional appear unspectacular, but they hint at a growing role.

First off, Tampa Bay’s coaches don’t have enough nice things to say about him: his athleticism, work ethic, attitude, everything. Then, Tom Brady hugged him during practice. Statistically speaking, he’s seen a snapshare of at least 38% in three of the last four weeks including a season high 44% last week as Leonard Fournette continued to struggle.

White’s short term value is very tied to his role, but his stock could go parabolic if there was a legitimate and material change to that role.

Prices are current as of 10/27/22 at 5:00 PM EST
James Schiano is a full time employee of Mojo. All trades you make are with Mojo, which sets the lines as the “house”. Recommendations are for entertainment purposes only. Please use your own judgment and data to make trades. 21+. Must be in NJ to trade. Gambling Problem? 1-800-GAMBLER
About the Author: