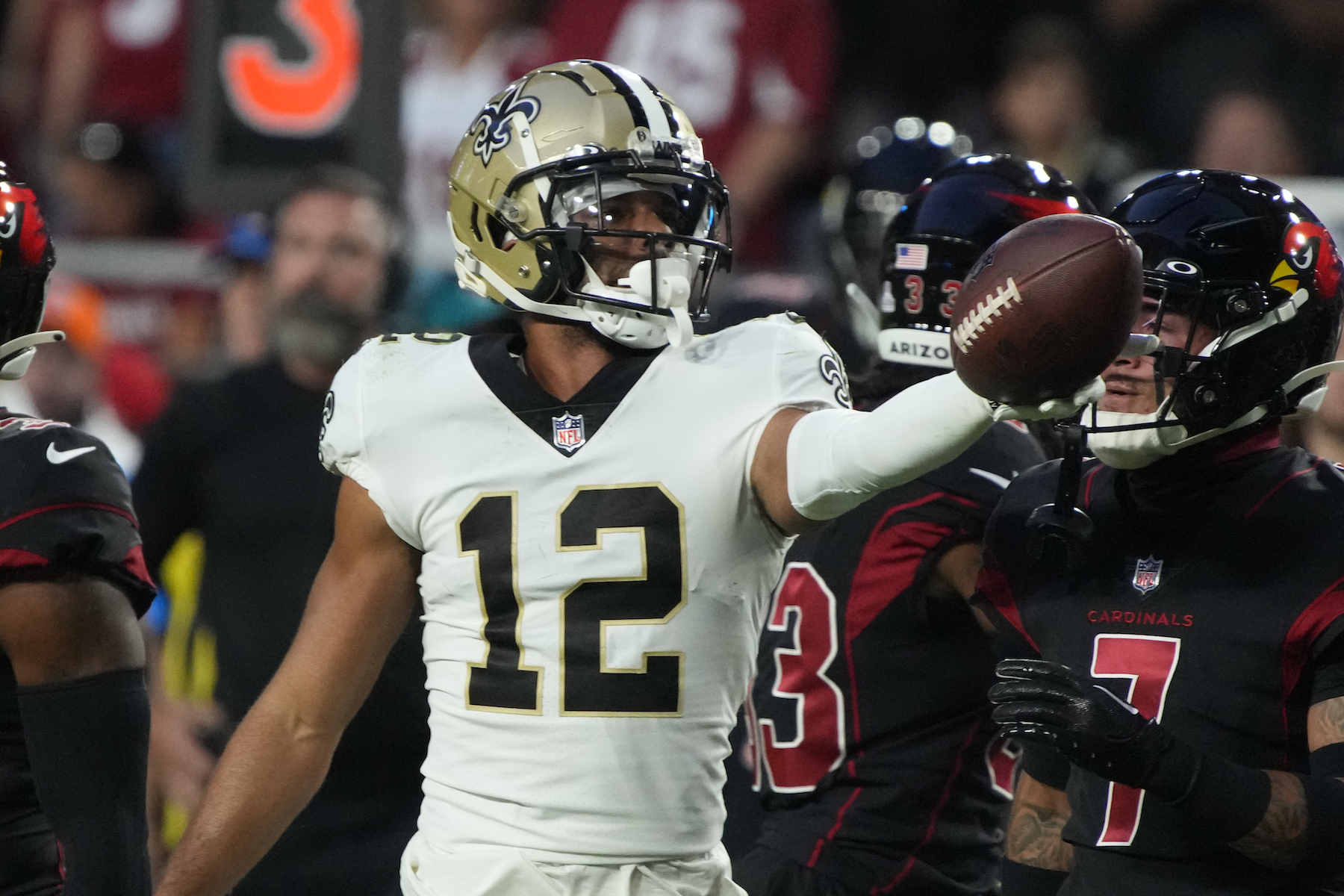 Tagovailoa has been one of the most efficient quarterbacks so far in the 2022 season. He currently ranks first in EPA/play and 2nd in completion percentage over expected amongst QBs with 160 dropbacks. He also ranks 1st in yards per attempt and adjusted yards per attempt.

Despite this, Tagovailoa still ranks just above players like Mac Jones and Zach Wilson in future value at only $27.61 He has established himself as a franchise QB but he is not priced as such.

Olave has been fantastic in the first half of his rookie season and has earned himself a large role that is very conducive to production.

He has a high 26% target share despite his targets coming further downfield at an average depth of 14.2 yards. This means that he is earning a high amount of valuable targets as a rookie which speaks to his talent and is a great sign for his career outlook. As a rookie, he’s accounted for 39.3% of his team’s air yards. That’s the 8th highest share in the NFL between Amari Cooper and Justin Jefferson.

He’s earned an elite role as a rookie and is one of the cheaper top-tier young players, ranking ninth in future value behind Garrett Wilson and Drake London. While I also love the other two as talents, Olave’s role, offensive volume, and QB play should lead to the most production of that group in the short term.

He looks like a great buy at $14.31 and could easily find himself in the same tier as Jaylen Waddle, Amon-Ra St. Brown, Tee Higgins, and CeeDee Lamb ($17-$19) within the next few months.

Dulcich was an impressive draft prospect and carries third round draft capital to accompany his strong production so far.

Despite an explosive start to his career and an 32% increase in share price since his return from injury, Dulcich is still very unpriced.

He’s started his NFL career with an 18% target share and an impressive 13.2 aDOT. A huge part of the Broncos’ offense, he’s also run a route on 80% of their passing plays and has only blocked on 5% of his passing snaps. It’s clear the Broncos want to use him as a receiver.

That usage has turned into 182 receiving yards in his first three NFL games, 3rd all-time in a TE's first 3 games. Obviously, this does not mean he is destined to be a top three TE of all time, but it speaks to his fantastic role and productivity so far.

Despite this, he ranks 21st in TE future value below other rookies like Trey McBride, Jelani Woods, Isaiah Likely, and Cade Otton. He also trails mediocre veterans like 29-year-old Tyler Higbee, 28-year-old Gerald Everett, 26-year-old Dawson Knox, and many others.

His current share price implies that his career arc will look like that of Harrison Bryant, Mo Alie-Cox, and Foster Moreau. That’s ridiculously underrating a 3rd round rookie with plus tools and big production in his first three NFL games.

Jeudy has been relatively disappointing considering his hype out of Alabama. The former 1st round pick has yet to post a season with a target share higher than 21% or yards per game higher than 62.5 (16-game pace of 1000).

He remains below both marks so far in 2022. By year 3, we typically have a good understanding of the role a player will have in the NFL, and Jeudy’s is not a WR1.

Despite disappointing performances from Jeudy and the Broncos’ offense in general, his share price is still within the same range as promising rookies Drake London, Garrett Wilson, and Chris Olave. When zooming out and considering non-rookies, Jeudy’s stock is comparable to Marquise Brown, Michael Pittman Jr., and Devonta Smith.

He is a great target to short if you also think his career won't be as productive as that group.

One new strategy I am exploring is taking advantage of when the market overreacts to big games and results in a sudden spike in value. In his career, Mixon has an average of $0.145 Mojo value banked per game and over the last two seasons that figure is $0.171. For this exercise, I’ll use the latter figure since more recent information is the most predictive.

Despite this, Mixon’s share price jumped $0.90 from $14.75 to $15.65 and has held pretty much constant since then. This $0.90 is almost 3 times higher than our expected jump in value based on his production relative to his average.

Furthermore, his average production per game includes plenty of other big games, too. We should not be fundamentally reevaluating our stance on Mixon as a player because of it. Like every player, he will have his highs and lows on a weekly basis.

We saw a similar explosion from Tyreek Hill during Week 2 when he had 11 receptions for 190 yards and two touchdowns. His share price jumped from $24.51 to a peak of $27.92 in one game. This was a clear overreaction by the market and the next week his stock fell to $23.15.

To find data like you see above, check out Mojo’s openly available historical data right here!

Mills has not looked like a franchise quarterback so far this season. Out of 33 quarterbacks with 160+ plays, Mills ranks 32nd in EPA/play and 31st in completion percentage over expected.

Houston is currently the NFL frontrunner for the 2023 first overall pick with a 1-6-1 record while also owning the Browns’ first round pick, currently 13th overall. With this, there is a greater chance that Mills is replaced as a starting QB after this year, but his share price still carries a high expectation for his starting chances.

Mills’ future value is $11.07 and his average career production is $0.278 Mojo value per game. So, he would need to start multiple more seasons in the NFL to return value.

Prices are current as of 11/11/22 at 11:00 AM EST
Akash Patel is a contributing writer on Mojo. All trades you make are with Mojo, which sets the lines as the “house”. Recommendations are for entertainment purposes only. Please use your own judgment and data to make trades. 21+. Must be in NJ to trade. Gambling Problem? 1-800-GAMBLER
About the Author: