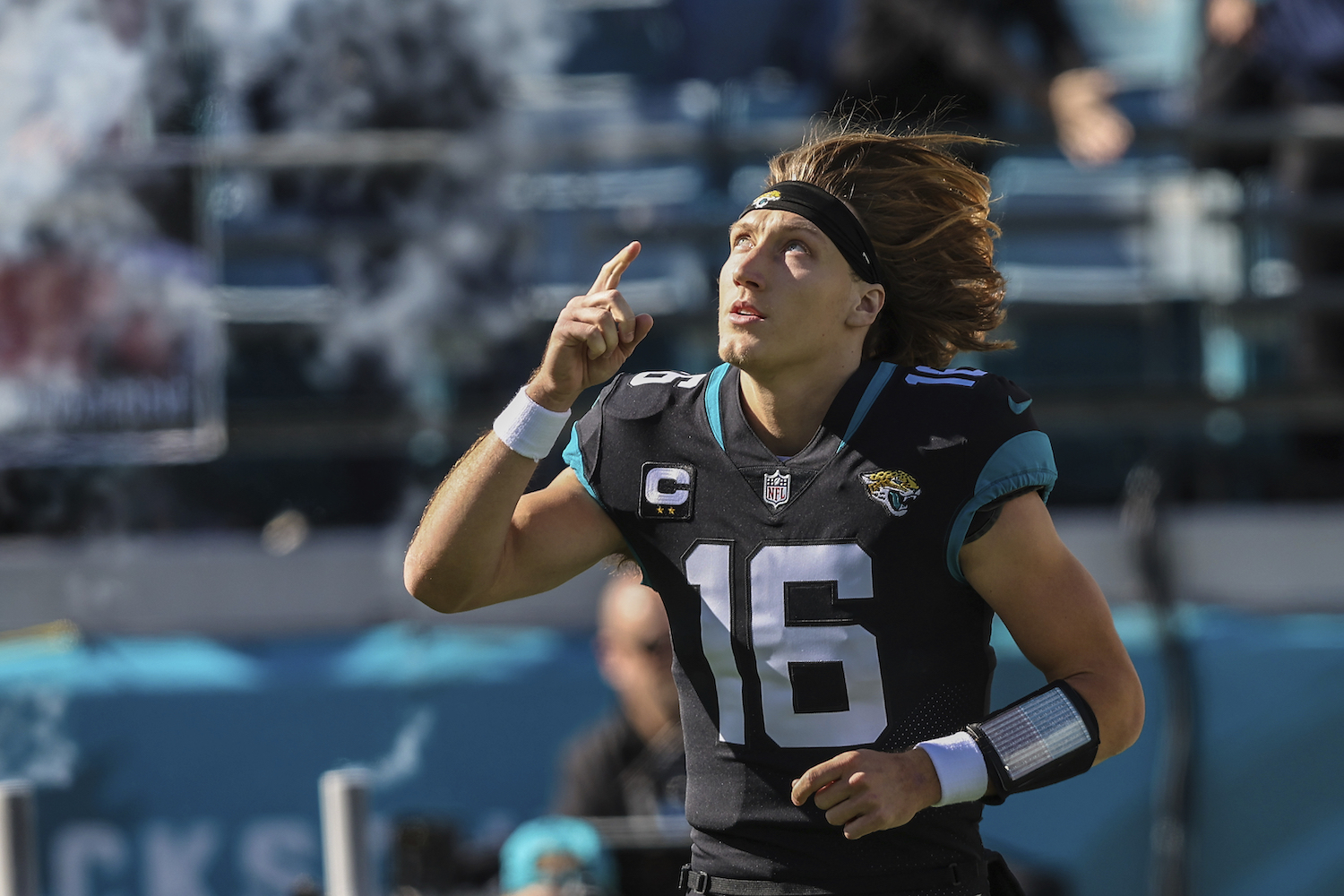 Check out whose stocks we’re watching this weekend!

Jarrett Stidham is set for his encore Saturday against the Chiefs. His stock has risen over 100% since being named starter and another good performance could keep sending it up!

Trevor Lawrence has banked roughly the same amount of Mojo Value as Tom Brady and Peyton Manning through 33 career starts. See if he can clinch the AFC South for the first time this Sunday!

Skylar Thompson is expected to start for the Dolphins Sunday. Starting the season as an unheralded third-string QB, he could have the opportunity to start a playoff game if he beats the Jets.

Mike Evans had a historic day last Sunday. One customer went Long on Evans with $1K that morning; their bet gained 51% by sundown with Evans’ 10x Multiplier attached!

Mac Jones can clinch an unlikely playoff berth for NE with a win in Buffalo. His stock has fallen 44% this year as he’s struggled, but reaching the playoffs in back-to-back seasons to start his career could have him back on track to be a franchise QB.

Kenny Pickett has a chance to lead Pittsburgh to the playoffs! His stock is up 46% this year as he tries to prove he’s “the guy” moving forward.

Houston will be locked in to the #1 overall pick with a loss this week. Will they take Bryce Young or CJ Stroud to be their QB of the future?

Justin Fields needs just 64 rushing yards to set the single-season record for a QB, but does that make him franchise QB material? The market still expects his career to look like Marcus Mariota’s. Go Long if you think Fields will be better!

JK Dobbins is back on track after an uneven recovery from ACL surgery. His stock is up 10% over the last month, but still down 22% from its one-year high. Go Long on Dobbins if you think he can regain elite status.

Sam Darnold has been red-hot to close the season. The market expects him and Kenny Pickett to have almost identical careers, who do you think is better?

What is going to happen to Russell Wilson next season? He’s had a nightmarish season, but his share price has only dropped 13% since Week 1. His stock would tank if the Broncos were to pull the plug and eat the remaining $100M on Wilson’s contract this offseason.

Brock Purdy has been outstanding since stepping in for Jimmy Garoppolo. He’s a perfect 5-0 with 10 TDs, proving he may not just be a flash in the pan. His stock has risen 235% since December 1st and could keep climbing if the 49ers play deep into January.

Are you a believer in Daniel Jones long term? One customer is, and has bet nearly $50K on Jones since December 16th! They could see big returns if the Giants make a playoff run. Or if the Giants commit to Jones this offseason. Or both! Both could be fun.

Geno Smith could put the cherry on top of a magical season with a win against LA and some help from the Lions against the Packers. He has completely revived his career and seen his stock rise 75% in the process. His contract negotiation will be fascinating and have a huge impact on his share price.

Sam Howell will make his NFL debut for Washington this week. He impressed during the preseason and could have some untapped potential. His stock has spiked this week in preparation for his first game-action.

Jared Goff has been on fire during the second half and could lead Detroit to the playoffs with a win Sunday plus some help from his old friends in LA. Whether they make it or not, his elevated play this season has resurrected his career outlook.

Prices are current as of 1/6/23 at 10:00 AM
James Schiano is a full time employee of Mojo. All trades you make are with Mojo, which sets the lines as the “house”. Recommendations are for entertainment purposes only. Please use your own judgment and data to make trades. 21+. Must be in NJ to trade. Gambling Problem? 1-800-GAMBLER
About the Author: