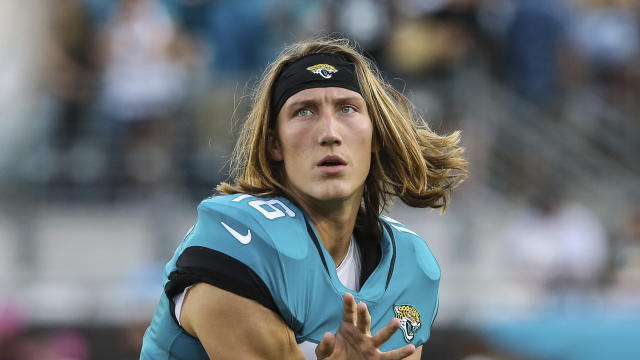 Check out whose stocks I'm watching during the playoffs!

The playoffs add a new element to trading on Mojo that I am very excited to explore. Along with good performance, there are two other factors that could cause a player’s stock price to increase: an extra game to accumulate Mojo Value if their team advances in the playoffs and an increased chance to earn a 5x bonus for their Super Bowl performance if they are on the winning team.

If we have a player who banks an average of $0.10 of Mojo value per game who plays for a team who hypothetically has a 50% chance to win any playoff game they play, then we can calculate their expected banked Mojo value for the playoffs.

This helps us form a frame of reference even if it isn’t perfect - obviously, some teams have a higher chance of winning individual games than others. With a 50% win rate, we see that a player should be expected to earn about 2 full games of Mojo Value. If we increase this to 60% we see about 3 games and for 70% we see 3.5 games. For 40% we see 1.7 and for 30% we see 1.5.

This Wild Card weekend, I want to play pretty conservatively. We can look back to see how previous playoff stars have fared and we do see a steady rise from them even before winning the Super Bowl.

However, these are all projections of what the market would have looked like at the time. Right now, I am not sure how sharp the market is to the expected banked Mojo Value outlined above.

Since this is the first year that anyone is trading on Mojo during the playoffs, I think the best strategy for Wild Card Weekend is sticking to investments that make sense outside of the playoffs as well and seeing how the market reacts to expected outcomes (for example: if Josh Allen’s stock rises more or less than we expect when he beats the Dolphins).

However, I do have a couple of bets to take that are dependent less on specific playoff outcomes.

Thompson has played around 2.5 games for the Dolphins and has banked $0.59 of Mojo Value in the process. At that rate, it would take him around 13 games to accumulate his implied future value of $2.90. However, I am not sure how much more he gets beyond this game. Thompson’s EPA/play of -0.269 ranks 50th out of 52 QBs with more than 100 dropbacks.

His stock rose 76.4% as he was thrust into action following injuries to Tua Tagovailoa and Teddy Bridgewater, but it will come back down to Earth after another mediocre performance that results in the Dolphins being eliminated.

Ok… Lawrence’s playoff outcome will certainly affect this bet, but I would not be lying if I also said that I generally find his stock to be undervalued.

Lawrence has bounced back after a rookie season marred with Urban Meyer drama. The second-year QB has been improving all season long and currently ranks 10th in the NFL in EPA/play. Furthermore, this offense will only continue to grow with the addition of Calvin Ridley next year.

Lawrence has already accomplished something this season that had only been done three other times in Jaguars’ history and only once in the current century: winning the division. That means they will be home this weekend against the Chargers.

His current share price of $64.18 sits between Jared Goff and Derek Carr. While they have both started for many years, Lawrence - the former 1st overall pick - is well on his way to being a franchise QB for years to come. His stock price should sit closer to players like Joe Burrow and Deshaun Watson at $70-$80.

Although he has had a much different starting point than Lawrence, Hurts should also be looked at as a future franchise QB. The Eagles went 14-3 and secured the top seed in the NFC thanks to Hurts.

After years of doubts about his passing ability, Hurts silenced doubters with the fifth-best EPA/play and the sixth-best PFF passing grade during the regular season.

Despite this, his share price is even lower than Lawrence's at $58.23 when it should be at least $65-$75 in the range of Lamar Jackson or Deshaun Watson. Furthermore, this is a player on a team that actually has Super Bowl aspirations with a real chance of a deep playoff run. Hurts’ stock will soar if the Eagles reach the mountain top.

Prices are current as of 1/13/23 at 8:00 PM
Akash Patel is a contributing writer on Mojo. All trades you make are with Mojo, which sets the lines as the “house”. Recommendations are for entertainment purposes only. Please use your own judgment and data to make trades. 21+. Must be in NJ to trade. Gambling Problem? 1-800-GAMBLER
About the Author: