Will Alec Pierce be a 2nd Round WR who Pops? 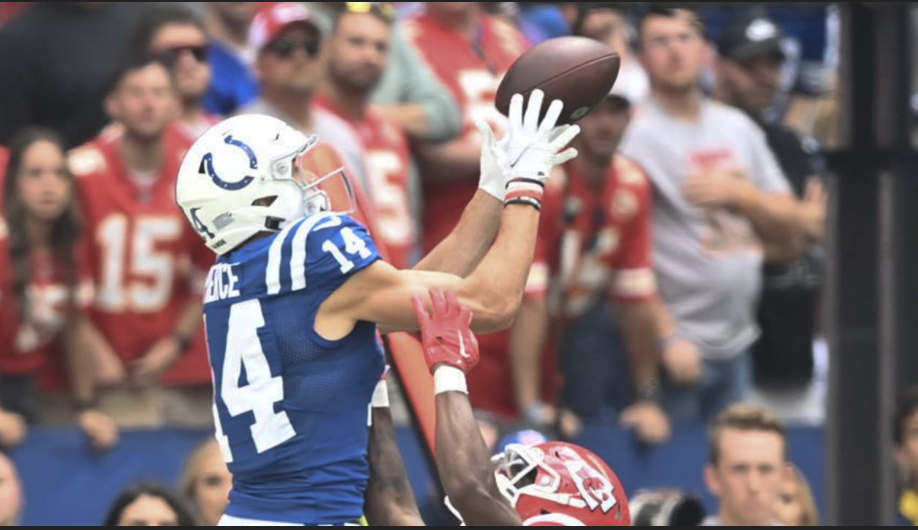 Where does that leave Alec Pierce? We can quibble with his draft order, which was below average for a second-round pick (meaning lower third of the round). But six teams drafted a WR in the first round. So they were not going to take a WR again no matter what. This depressed where he could possibly go in Round 2. Has there been any evidence to suggest that he’s more likely to be a good pro than his draft order suggests?

Pierce missed Week 2 (concussion). In his first two games, his snap rate is 51% and 45% for a combined average of 49%. Christian Watson had 48%. Wan’Dale Robinson is 15%. George Pickens has 77%. Skyy Moore has 12%. The other two second-round WRs, John Metchie and Tyquan Thornton have been out with injuries (leukemia for Metchie, tragically, though he’s expected to recover). Watson has been surpassed seemingly in the Packers pecking order by fourth-round pick Romeo Doubs, not a good harbinger for him.

So let’s compare Pickens and Pierce. Neither are earning many targets. Pickens has a circus catch that lit up Twitter famously, but that’s about it. Pickens had 13.6% of his team’s air yards in Week 3. Pierce led the Colts at 40.5% (21st in the NFL that week).

I get that Matt Ryan looks dusted at QB, but it’s not like George Pickens has any sure thing now or in waiting at the position. Yet he’s trading at $8.49. That’s down from an August peak of $9.40. Pierce is trading at $6.96. Down from $7.46. These are the only two second-rounders who have shown any signs of being hits in the second round. A second rounder last year who has flashed, but has not proven anything is the aforementioned Elijah Moore, who is trading about about double Pierce’s price. Right now, I’d only bet on Pickens or Pierce, dealer's choice, to get there at this time next year. But it's cheaper to gamble that it’s Pierce.

Prices are current as of 9/28/22 at 10 PM ET
Michael Salfino is a Contributing Writer at Mojo. All trades you make are with Mojo, which sets the lines as the “house”. Recommendations are for entertainment purposes only. Please use your own judgment and data to make trades. 21+. Must be in NJ to trade. Gambling Problem? 1-800-GAMBLER
About the Author: