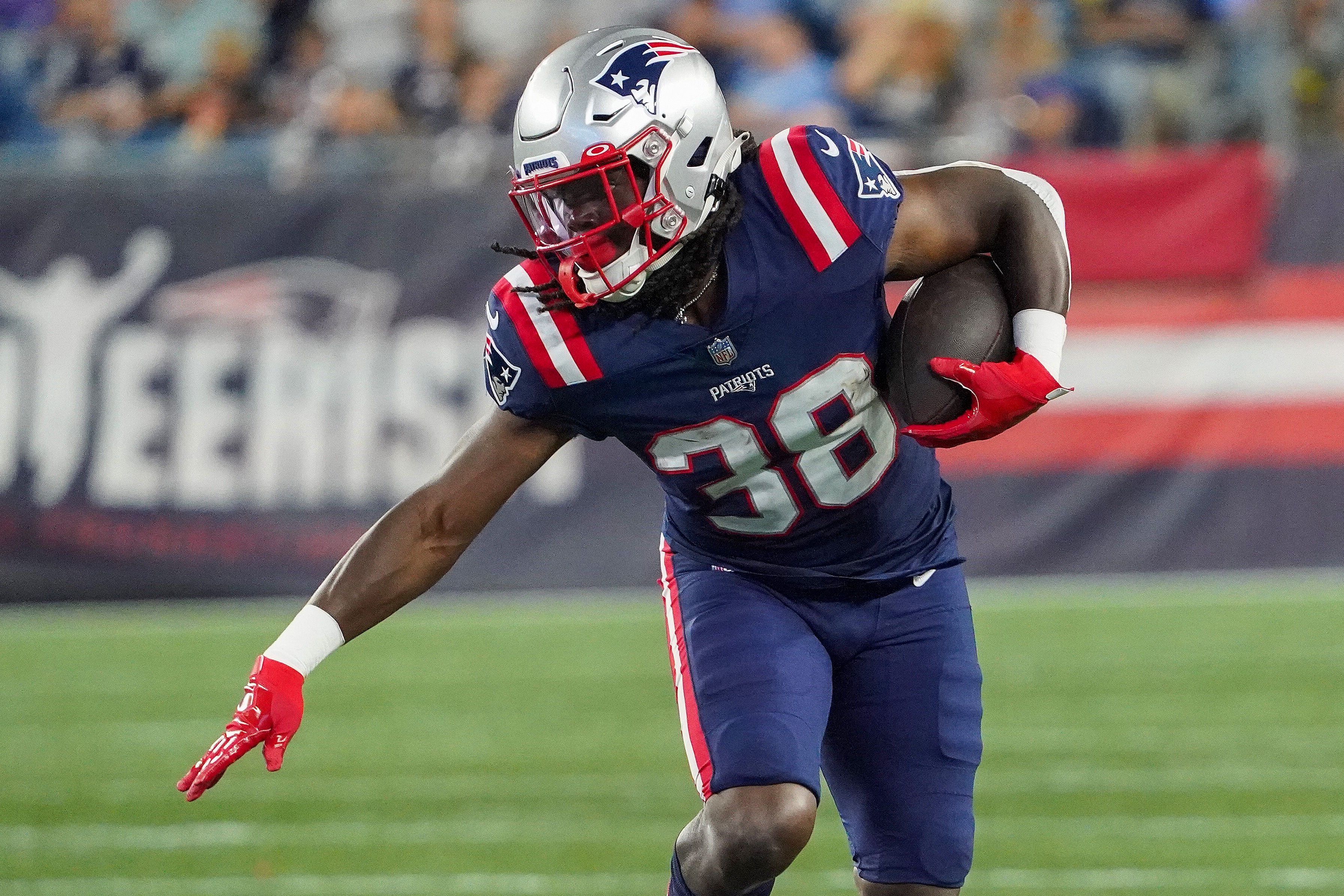 We got a taste of what Stevenson could do as a lead back over the last two weeks with Damien Harris out and it was glorious.

His role will be at least somewhat reduced with Harris back in the fold, but Stevenson has all the makings of a star.

Even with splitting touches and snaps for the first four weeks Stevenson was seventh in the league in rushing yards heading into this week. He trailed only Josh Jacobs, Nick Chubb, and Saquon Barkley in missed tackles per attempt. Stevenson is also fourth best in yards after contact per attempt. Both per The Edge via The 33rd Team.

Add in his ability as a receiver and strides made as a pass-blocker and we’re looking at a complete back. Go get Stevenson in your portfolio.

Thornton was a hot name in training camp and put out more than a few juicy highlights, but fractured his clavicle towards the end of training camp pushing back his debut.

His first game was two weeks ago against Detroit and he only played 25 snaps. That number jumped up to 40 last week and scored one touchdown on the ground and another through the air. His stock jumped 8% after the impressive game.

The Patriots don’t have another player like Thorton on their roster. He’s blazing fast, long, and highly explosive. Not just traits, he put up big numbers at Baylor too as their number one WR. Bill Bellichik traded up to snag him in the second round and last week’s usage indicates that he could become a big part of this offense. He’s a great upside play.

For whatever reason, Jones had a modicum of helium this summer. He did run a 4.3 second 40 yard dash, was decently productive at Tennessee, and looked to have a shot at the #2 WR job in Chicago. All signs for potential production.

One important miss here was that the #2 WR in Chicago is a meaningless truth. It doesn’t matter who that player is because they don’t pass the ball enough for it to matter.

Matt Eberflus and the Bears have thrown just 115 passes this season, 35 fewer than the Falcons and Titans for second least. Jones has seen just two targets among those 115 tries. He is also a 25 year old rookie.

The market expects him to accrue $4.75 in future value since he’s still banked $0.00. For reference, Hunter Renfrow has banked just $4.03 across three plus seasons, 299 targets, 225 receptions, 122 first downs, and 15 TDs. There is almost no chance Jones reaches those levels of production.

Prices are current as of 10/24/22 at 5:30 pm EST
James Schiano is a full time employee of Mojo. All trades you make are with Mojo, which sets the lines as the “house”. Recommendations are for entertainment purposes only. Please use your own judgment and data to make trades. 21+. Must be in NJ to trade. Gambling Problem? 1-800-GAMBLER
About the Author: