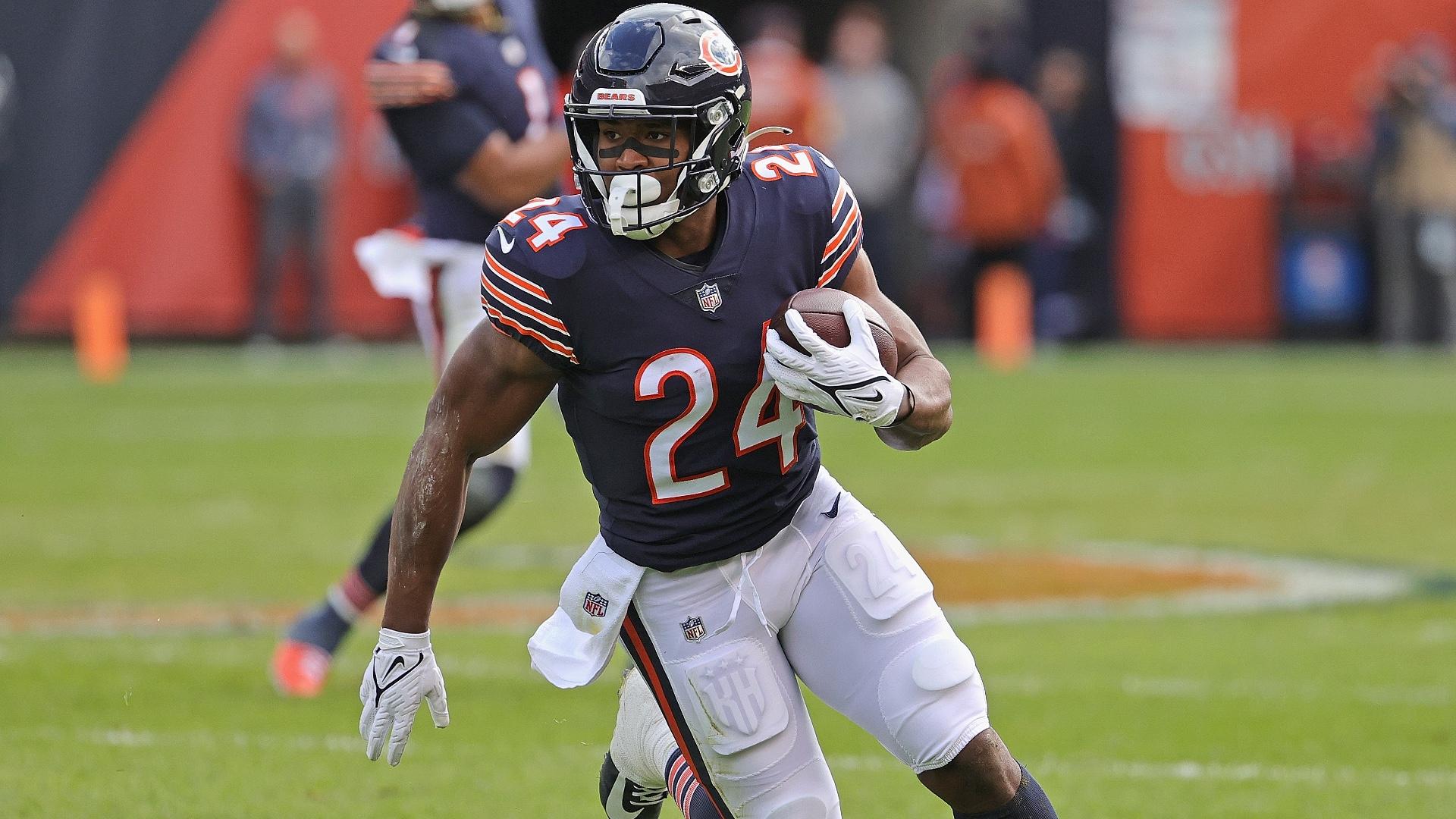 The breakout game has finally come for preseason darling Pierce. The rookie had 20 rushing attempts for 80 yards and a touchdown. The last Houston Texans rookie running back to do that was Ben Tate in 2011. The future is bright for Pierce if he can continue to see this type of unchallenged workload.

David Montgomery suffered a lower body injury in the first quarter, elevating Herbert to a workhorse role. He exploded with a career-high 157 rushing yards and ultra-efficient 7.9 yards per carry. With David Montgomery a free agent next season, Herbert is looking like a juicy long term investment.

Williams and D’Andre Swift have the Lions at a league-best 5.9 yards per carry in a suddenly-capable Detroit Lions offense. Williams was getting goal line work even before Swift's injury. Swift has had shoulder issues in the past, so Williams could be more than a short-term buy on Mojo. He is tied with Nick Chubb for the NFL lead with four rushing TDs and looks to have a safe role in Detroit even when Swift returns to the lineup.

The Cincinnati Bengals still can't protect Joe Burrow, which has thus far made it difficult for their three stud wide receivers to produce in the same game. It was Tyler Boyd's "turn" in Week 3 as he led the team with 105 yards and a touchdown on four receptions and five targets, his first 100 yard game of the season. Tee Higgins suffered a concussion in Week 1 and suffered another head injury against the Jets. Although Higgins later returned, it's easy to imagine that he could miss time. If he does, that would mean more opportunities for Boyd, making him a nice potential short-term option to Go Long.

Jalen Hurts development is reaching new heights, with the wide receiver duo of A.J. Brown and Smith the direct beneficiaries. After two quiet weeks, Smith exploded for eight receptions, 169 receiving yards and one touchdown vs the Commanders, including 157 receiving yards at the half! With the Eagles passing attack looking more prolific than most expected preseason, it's easy to imagine more big days ahead for Smith.

Want to see other Week 3 Risers like Mack Hollins (+32%) and Isaiah McKenzie (+18.24%)? Download Mojo today and see for yourself under the Top Movers section.