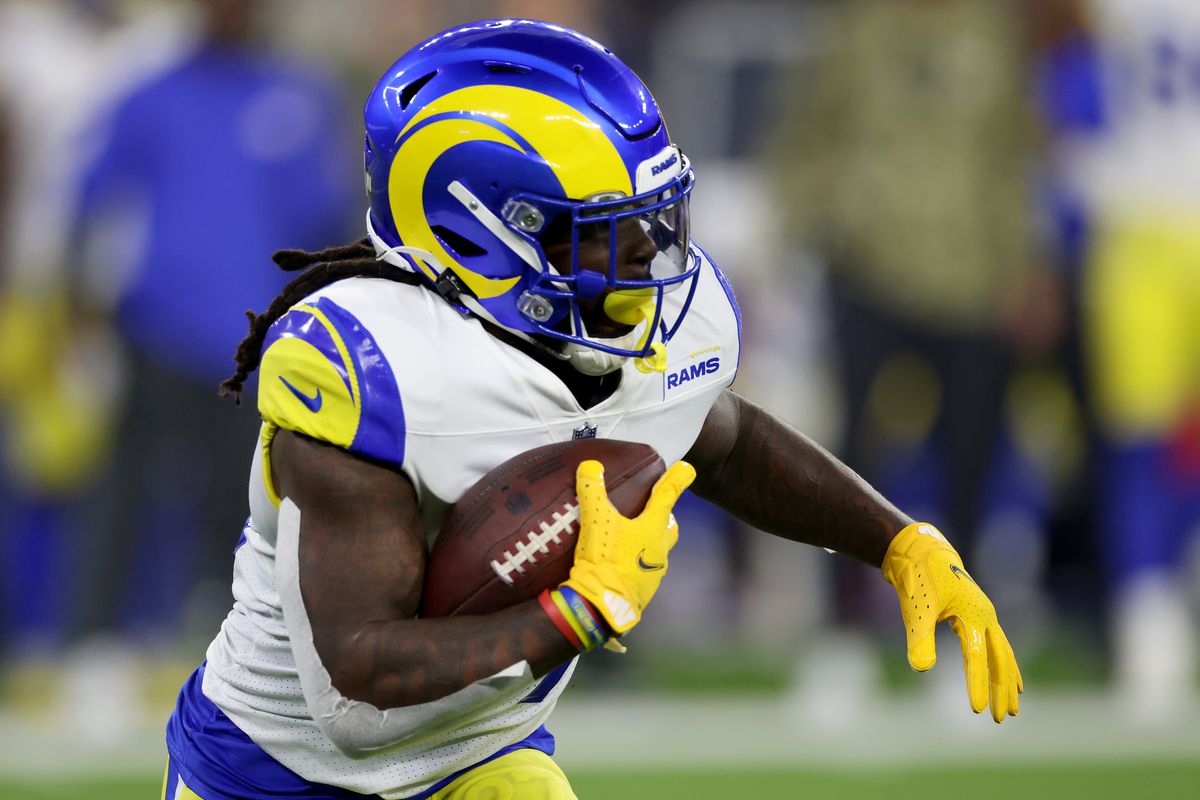 Of all the 18 regular season weeks in the NFL, you never learn more than during Week 1.  All the garbage we believed from training camp and the preseason is completely out the window. We must absorb, assess, and then reflect on what we saw to draw more precise conclusions.

Check out Week 1’s most notable risers and fallers!

He’s baaaaaaaack! Barkley tore the Titans to shreds en route to league-leading 164 rushing yards and an unlikely Giants’ victory. Most impressively, he did this with just 18 carries, showcasing his big play ability and dynamism in space. Healthy and with a coach who seemingly understands how to properly use him, Barkley is destined to reclaim his spot among the league’s elite as long as he can stay healthy.

Darling of the preseason, Pacheco had a picturesque professional debut on Sunday with 62 yards, a TD, and multiple totes of at least 15 yards. He showed burst, patience, power, and athleticism in the open-field. The only caveat to Pacheco’s big day was most of his touches came in garbage time. He only had one carry in the first half before dominating snaps during the second half, with Clyde Edwards-Hellaire on the bench. It remains to be seen whether he’s still the clear #2 option or if his sustained production caught the Chiefs' eye.

A supposed afterthought with Cam Akers reportedly back in the fold, Henderson operated as the clear #1 RB for the Rams last Thursday. He out-snapped Akers 55 to 12 and out-touched him 18 to 3. It is likely Akers is still dealing with the effects of a soft-tissue injury that kept him limited for a good portion of camp, but Henderson is Sean McVay’s preferred option right now.

Unassuming and unspectacular, Pittman has quietly become one of the most well-rounded and productive receivers in the NFL. Old Matt Ryan is the best quarterback he’s ever had since old Philip Rivers and he wound up with 13 targets, 9 receptions, 121 yards, and a TD in their first game together. The targets, receptions, and yards were all good for second best in his career and he hasn’t seen less than a 23% target share in any game dating back to Week 10 of last season. He’s a bonafide stud.

It was a rough opening game for Robinson. He received just two targets from Matthew Stafford: one with 5:42 left in the second quarter that he hauled in for his only 12 yards and another deep down the left sideline on the last play of the game. On the bright side, he was on the field for all but two of the Rams' snaps and ran 48 total routes. Perhaps that’s a sign of better things to come. Almost anything is better than one catch for 12 yards…

Soooooo, I guess it isn’t Dameon Pierce RB1 SZN. With possibly the best game-script HOU will see all year (up 17 in the fourth quarter) Pierce wound up with just 11 carries for 30 yards. He was both out-touched and out-snapped by Rex Burkehead’s corpse! This is a very poor development for a day three draft pick who didn’t have more than 13 carries in any game last season at Florida.

Toney was not involved in the Giants’ gameplan. He was not targeted in the passing game even after Wan’Dale Robinson left the game with an injury. Rather, Richie James was playing ahead of him and saw a nearly 30% target share. Toney did get on the field for two designed runs, including one where he broke loose for 19 yard, so it’s clear his athleticism isn’t the issue. He is someone worth monitoring after this sharp drop.

There were questions regarding Geno Smith’s standing as the Seahawks’ QB after competing with Lock for the role during camp, but all questions were answered with an uber-efficient victory over Russell Wilson and the Broncos on Monday night. The market now sees Smith as a significantly more secure starter and Lock being less likely to usurp him.

James Schiano is a full time employee of Mojo. All trades you make are with Mojo, which sets the lines as the “house”. Recommendations are for entertainment purposes only. Please use your own judgment and data to make trades. 21+. Must be in NJ to trade. Gambling Problem? 1-800-GAMBLER