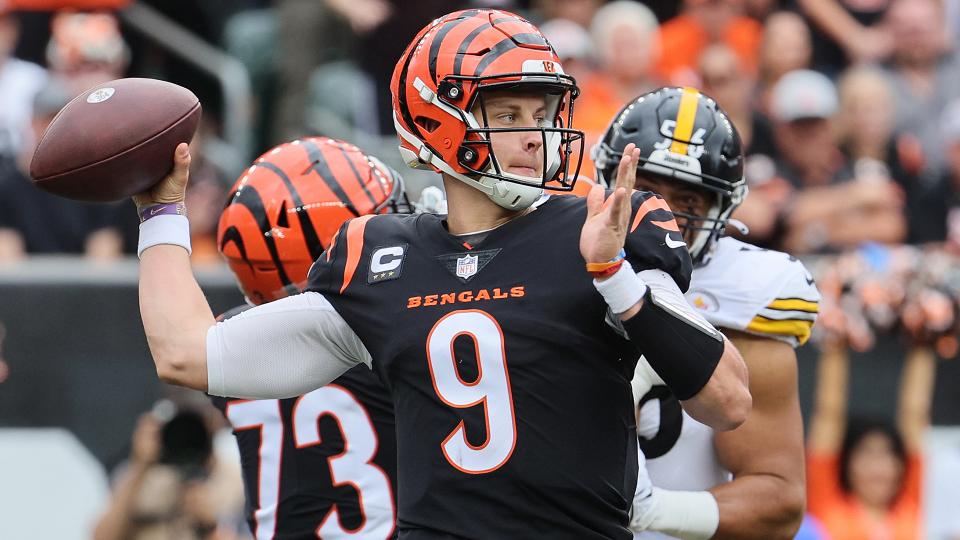 There were a lot of highs lows when it came to QB play in Week 1. Let’s take a look at how some of these performances impacted share prices on Mojo!

Burrow struggled against the Steelers front seven and turned over the ball five times. His price on Mojo is currently down under $70, dropping over 2% over the last week. I expect Burrow to bounce back in a big way next week against the Cowboys, and this could be a nice buy-low window. For context, Derek Carr is $73.15.

BRONCOS COUNTRY, LETS RIDE! Into a loss…Smith looked sharp in his debut as Seattle’s QB 1 on Monday Night Football. He moved the chains, didn’t make many mistakes and led his team to a huge upset over Denver! The market liked what they saw from Geno, and his stock is up 6.23% over the last 24 hours. This could be the start of a very positive year for Geno, or a tasty opportunity to short his stock long-term!

Much like Smith, the market had low expectations for what Jacoby and this Browns offense were capable of. Unlike Geno,Brissett’s share price dropped 2.64% after an uneven performance. His backup, Joshua Dobbs, was seen warming up on the sidelines in the first half, which caused his price to very briefly spike by an unbelievable 150% before settling at +83.5% on the week. I view Brissett as a short target with Watson looming and Dobbs potentially pushing him for a short term opportunity.

One of the most underrated QBs in the NFL right now is Davis Mills, and the market 100% agrees on Mojo. After a big-time performance against the Colts, a tough division rival, Mills’ stock on Mojo rose nearly % over the last week. I still love his current price as a long-term investment at $20.78, which is below Mitchell Trubisky, Teddy Bridgewater and Tyrod Taylor. If you think he has a better career than those players, he’s a buy candidate. I think he could put together a solid year for an underrated Texans offense, and potentially make some noise as a dark horse contender in the AFC South.

Luke Sawhook is a Contributing Writer Mojo. All trades you make are with Mojo, which sets the lines as the “house”. Recommendations are for entertainment purposes only. Please use your own judgment and data to make trades. 21+. Must be in NJ to trade. Gambling Problem? 1-800-GAMBLER
About the Author: