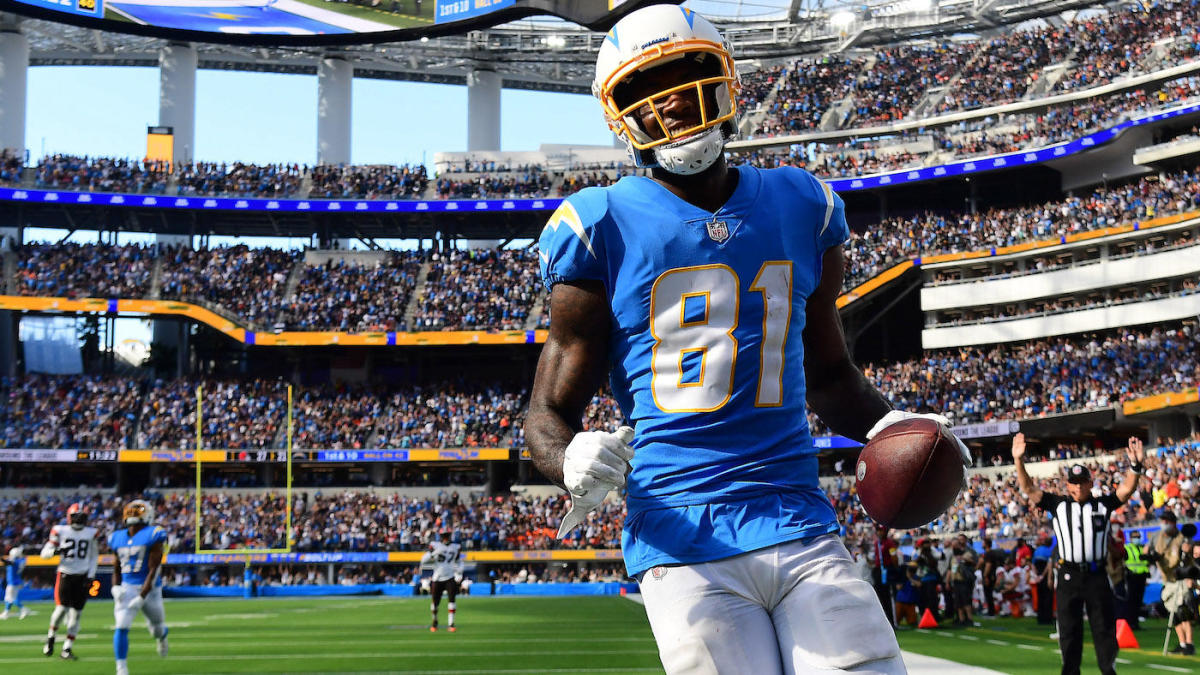 The Chargers and Chiefs played on Thursday night and there are some interesting takeaways we can have from the game.

The big one here is Justin Herbert getting banged up. He has a fractured rib and potentially could miss a game or two. His progress will be something to monitor.

Mike Williams bounced back with a big game. It was never too much in doubt that he would have a better game. He is a star and can have massive games any given week in this offense.

Josh Palmer stepped in and actually ran the most routes of any player on the team and turned that into eight targets. His 16% target per route run is fine, but in a game in which Keenan misses we likely would have hoped for more. Palmer had yet to show through his young career that he can earn targets on a high rate on his routes.

His overall upside is limited due to this.

Gerald Everett had an exciting game commanding a target on 26% of his routers, the highest on the team.

Through two weeks Everett has the highest target per route run of any Charges player with 23%.

He’s running roughly 50% of his routes either in slot or out wide. He looks like at worst the 4th option in this passing attack and ahead of Palmer in the pecking order.

Being attached to Herbert makes me that much more bullish for Everett.

Mecole Hardman hasn’t had a big game yet, but it could be coming. It’s clear his role in limited as he only ran 19 routes last game, but he has 10 targets on 44 routes this season.

If Hardman were to get a boost in routes, this would be encouraging for him. For now Hardman is a role player who will likely be around four to seven targets a week.

Marques Valdez-Scantling continues to run routes at a high rate. He ran more routes than any other Chiefs wide receiver for the second straight week.

He’s not being targeted at a high rate on these routes, but it’s encouraging he’s on the field. There will likely be big games ahead for him, but will be very inconsistent.

Despite the box score numbers, Clyde Edwards-Helaire and Jerick McKinnon are in a split in this backfield. McKinnon was actually on the field for two more snaps, but ran one less route.

Edwards-Helaire should continue to get more touches in this backfield, but it’s clear McKinnon is a part of this offense and will play a bigger part of the receiving game in the future than what we are currently seeing.

Juju Smith-Schuster had a down game after looking like the clear top wideout in Week 1. There is going to be lots of variance week to week with these wide receivers, but Juju should bounce back in the future.

Dalton Kates is a full time employee of Mojo. All trades you make are with Mojo, which sets the lines as the “house”. Recommendations are for entertainment purposes only. Please use your own judgment and data to make trades. 21+. Must be in NJ to trade. Gambling Problem? 1-800-GAMBLER"