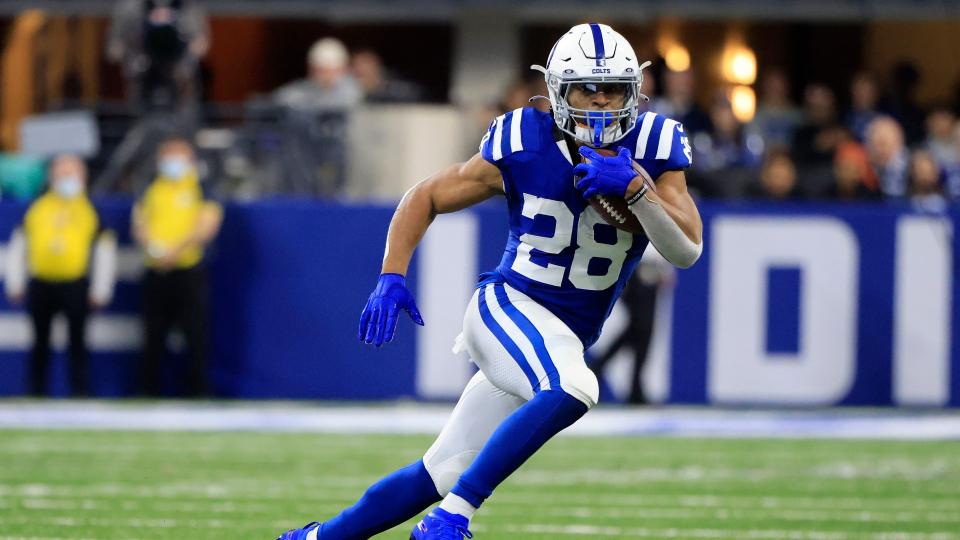 Even dating back to his time in Green Bay, Valdes-Scantling could best be described as perennially disappointing. He has all the allure that people want from speed to size to QB play. The one glaring hole: he simply cannot be relied on to produce.

In his career, Valdes-Scantling has per-game averages of 2.2 receptions, 37 receiving yards, and 0.2 TDs. This results in a career average of $0.066 Mojo Value per game. At 28 years old, he has banked only $3.90, yet the market expects him to earn another $6.31 before he retires. With his average career production, it would take him around 96 games to reach this feat- well into his age-33 season.

Not only is it a tough ask for a good WR to extend their prime into their age-33 season, but we also are not talking about a WR with any history of production or any rock-solid future. Valdes-Scantling’s 3-year contract is basically a 1-year deal with the Kansas City Chiefs having the option to get out of the contract for very little dead money after this year.

Through week 4, Valdes-Scantling has been meh, with a 16% target share, 3.3 receptions per game, and 42 receiving yards per game, showing that a tiger never changes their stripes.

With Valdes-Scantling’s lack of career production and aggressively high future value, he is an easy short candidate with his 2.5x Short Multiplier.

Dotson has started off the year hot with four TDs in his first four games as well as playing almost every snap as the Commanders’ WR3. However, the underlying metrics are not great.

Dotson is behind both WRs Curtis Samuel and Terry McLaurin in the target pecking order and only has a 12% target share through four weeks as well as 0.9 yards per route run, which is inefficient.

Right now, Dotson is running hot on TD luck and his share price has risen as a result. However, the underlying metrics indicate that his role isn’t large enough to sustain this growth without continued touchdown luck. Dotson has a 2x Short Multiplier.

Despite a turbulent start to the season, Chase Edmonds is currently up 14.90% on the season from $7.95 to $9.06. When he started the season with the RB1 role in both carries and routes for the Dolphins, his price shot up. However, since then his snap share and RB opportunity share have dropped every week, with only a 28% snap share and 30% RB opportunity share in week 4. Out of 44 RBs with 25+ carries through week 4, Edmonds ranks 35th in rushing yards over expected.

As a player who has never been the RB1 for his team for more than a handful of games, Edmonds price is very aggressive relative to his previous production. With an average Mojo Value per game of $0.073 and an implied future value of $4.75, Edmonds would need 65 more career average games to pay off an investment, which would take him until his age-30 season.

This means that the market was banking on a role change for Edmonds to pay off his future value. We saw his price climb when he got that role in week 1 but we haven’t seen it fall since that role has evaporated. As a result, this is a perfect time to short as the market continues to adjust. Edmonds has no Short Multiplier as of this writing.

Not a typo. Green may be on his last leg, but the veteran currently only has $0.17 in future value on top of his $17.61 in banked value. Some examples of numbers he can put up to reach this and pay off an investment are 170 yards; 100 yards and 7 first downs; or 80 yards with 7 first downs and one TD. Even for AJ Green, as washed as he may be, this shouldn’t be a lofty achievement. Green has an incredible 15x Long Multiplier, so even if he only barely surpasses his expectation by 1-2%, you could enjoy 15-30% returns.

One of the best bets to make is buying injured players. Unfortunately last week, Tua Tagovailoa went down with a scary head injury on Thursday Night Football. My thoughts are with him and I wish him the best in his return to football.

Before his injury, Tagovailoa peaked at a share price of $38.45 before plummeting to $29.47 where he is right now. The third-year QB was playing well before his injury with the scary duo of Jaylen Waddle and Tyreek Hill.

Right now he ranks 2nd in the NFL in EPA/play and 1st in the NFL in AY/A. I’m not saying that he is now a top 3 or top 5 QB, but my concerns about Miami moving on from him have been assuaged and this low price for a franchise QB is one that I am jumping- especially since we should see his price climb back up as he nears his return to football. He also has a 6x Long Multiplier, meaning there’s a lot of potential here.

Prices are current as of 10/07/22 01:00 pm EST
Akash Patel is a contributing writer on Mojo. All trades you make are with Mojo, which sets the lines as the “house”. Recommendations are for entertainment purposes only. Please use your own judgment and data to make trades. 21+. Must be in NJ to trade. Gambling Problem? 1-800-GAMBLER
About the Author: