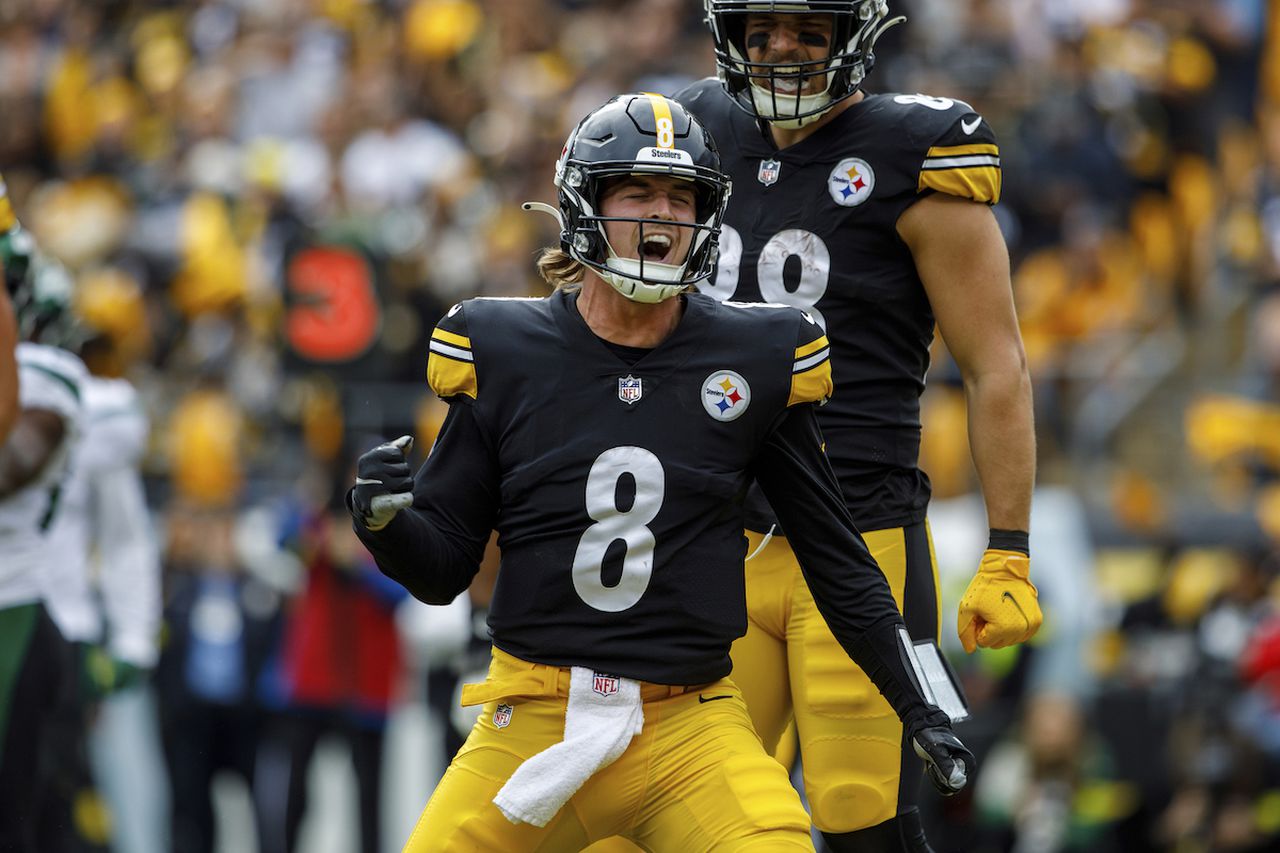 All prices are one week % changes

The Eagles offense has been on fire this season and a rising tide is lifting all boats. Heading into Week 4, the eagles were number one in total yards per game. Sanders is finally being utilized closer to the true bell cow many believed he could be, posting the 3rd most rushing yards in the league. His zero touchdowns in 2021 is a distant memory.

In Week 4 Sanders put up a career high in rushing attempts, rushing yards and red zone rushing attempts. The Eagles have the 3rd-easiest strength of schedule in 2022 based on their opponents’ .464 win pct in 2021, yet the market is still lower on Sanders than David Montgomery and James Conner. Go Long on Sanders with his 5x Multiplier if you believe he can have a better career than those two.

The Steelers decided to make a QB change after halftime to give the offense a “spark,”  per head coach Mike Tomlin. Pickett didn’t come out with a win on Sunday, but he injected a lackluster Steelers offense with confidence and earned the support from his teammates. Pickett on paper had a terrible game with three INTs and 120 pass yards, but his two rushing touchdowns, 9.2 yards per attempt, and 78% completion percentage are all encouraging. Pickett not only will elevate his game, but also his teammates. Rookie WR George Pickens at the half only saw four targets and had two catches for 31 yards under Mitch Trubisky in the first half. He finished the game with a total of 102 rec yards and six catches. With Trubisky at QB, Pickens had a total of 65 receiving yards in 3 games prior to Sunday’s game vs the Jets. Now with Kenny Pickett to take charge of the offense as the starter, he’s on the raise to glory for shareholders who waited patiently for this moment. Pickett is still priced too close to his floor; at $21.99, he's priced lower than Case Keenum and Trubisky. Go Long with his 6x Multiplier if you think that's too low!

The Saints played "across the pond" vs. the Vikings riddled with injuries. The offense was without nMichael Thomas, Alvin Kamara and Jameis Winston. That did not stop Olave who finished the day with four catches 67 yards and one touchdown. The rookie is making a strong case for OPOY in 2022. Taking the role this early as the WR1 for the Saints is a huge deal with players like Michael Thomas still around. He now has more receptions and receiving yards through four career games than 2021 OROY Ja'Marr Chase had through his first four career games. Olave is on course to reach new heights in the near future. Smash his 3x Multiplier and Go Long as long as he's priced significantly lower than lesser veterans like Robert Woods, Christian Kirk and Tyler Boyd.

The Lions offense looks completely different compared to last season. They are now a top three scoring team in the NFL, with 140 points in the first four weeks.  Goff has young weapons around him for the next couple years and suddenly looks like a top 10 QB for the rest of the season. This past Sunday he was without two of his star players, WR Amon-Ra St. Brown and RB D'Andre Swift, but he still lit it up. (Fun fact: this was the first game in NFL history with a 48-45 final score!) Goff has an 8x Multiplier and is cheaper than Andy Dalton. He is building his case to be a franchise QB either in Detroit or somewhere else.

Want to see more Risers like Bailey Zappe (+23%)? Download Mojo in the App Store and search for "Top Movers."

Prices are current as of 10/04/22 at 5 pm EST
LaQuan Jones is a Contributing Writer on Mojo. All trades you make are with Mojo, which sets the lines as the “house”. Recommendations are for entertainment purposes only. Please use your own judgment and data to make trades. 21+. Must be in NJ to trade. Gambling Problem? 1-800-GAMBLER
About the Author: