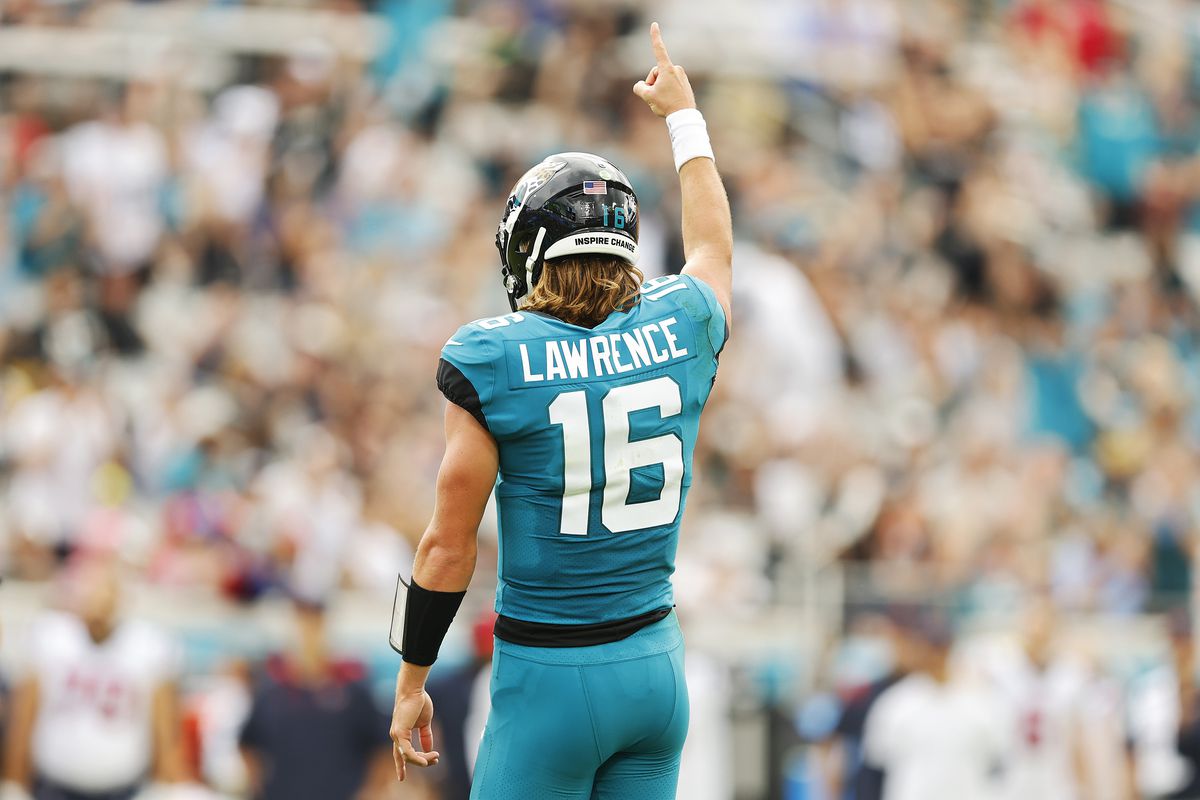 The Eagles have begun this season at a torrid pace. A.J. Brown has been dominant and Jalen Hurts is playing like an MVP candidate. The latest player to join these elite ranks is Smith who put up 169 yards and a TD on Sunday in Washington.

He out-targeted Brown and feasted on the Commanders’ secondary with multiple long receptions, any of which required soaring over a defender or two. He looked like the elite prospect he was coming out of Alabama, and could be in for more volume with the Eagles’ game plan trending towards more pass attempts.

Mr. “Gronk-lin” has enjoyed a wonderful start to his Jets career. He is tied for the team lead in receptions with 18 and is only behind Garrett Wilson in targets. Sunday marked his best game this season with eight grabs for 84 yards and, most importantly, he played ahead of CJ Uzomah for the third consecutive week.

There is some fear that Conklin’s volume is a product of extremely negative game scripts, which led to unsustainable passing volume. The Jets have thrown the most passes in the NFL through three weeks, which will regress. Zach Wilson is replacing Joe Flacco this week too, which may affect Conklin’s volume. Overall it’s an uncertain mess, which means opportunity for big gains going long or short.

The biggest surprise from Week 3 was Hollins. He exploded for 158 yards, most of which came in the second half, and a clutch TD that almost brought the Raiders all the way back against Tennessee.

Hunter Renfrow was out last week opening the door for Hollins to step up, but he added a new element to this offense. Las Vegas has lacked a deep threat and their offense looked stagnant, so perhaps Hollins carves out a role all season.

Lawrence is starting to look like the player we all thought he’d be last season. Alas, Urban Meyer could only slow down this train rather than derail it completely.

He played the best game of his young career on Sunday, throwing for three touchdowns without a turnover and leading the Jaguars to a dominant win over the Chargers. We had a 6x multiplier available for Lawrence last week. If applied, you could have made more than a 50% profit!

Stop me if you’ve heard this before: Wentz is holding onto the football for too long and turning it over too much. Have you? No way! Well, the same problems that have plagued Wentz his whole career have followed him to DC.

He fumbled two more times on Sunday and was sacked an unfathomable nine times. His offensive line is not good, but at some point it becomes clear the QB is holding on to the ball for too long. There was a point late in the second quarter where he lost more yards via sack than he’d thrown for. Sam Howell looms and the likelihood of Wentz’s next contract is dwindling.

Moore has had a rough start to his career. He’s struggled to crack the Chiefs’ first-team offense and made multiple special teams gaffes on Sunday. First he muffed a punt that set up a short Colts’ TD and then he ran away from the very next punt, which wound up being downed on the one yard line. He played no offensive snaps for the rest of the game and looks to be in a freefall.

This one hurts, because Mooney is certainly a good player; he’s proved as much over the last two seasons. The issue is the prehistoric offense he’s found himself in.

The Bears have attempted just 45 passes in three games! And only completed 23 of them! Four receivers have at least 23 receptions themself on the year! There is not enough volume in this offense to support Mooney’s stock.

The writing seems to be on the wall for Jones. He was outdueled by Cooper Rush at home on Monday night and threw a costly interception in the waning moments of the game. His receiver did fall down, so that’s not totally on him.

Without his fifth-year option or a half-decent receiver on the roster, it feels very obvious that the Giants are ready to move on. That is bad for his future value and it’s reflected in his falling price. We offered a 5x short multiplier on Jones before MNF. If applied, you could have netted a near 40% profit from one game. The flip side, if you applied his 10x long multiplier there could have been an -80% hole in your pocket…

Prices change in real-time on Mojo. They are current as of 2 pm ET on 9.28