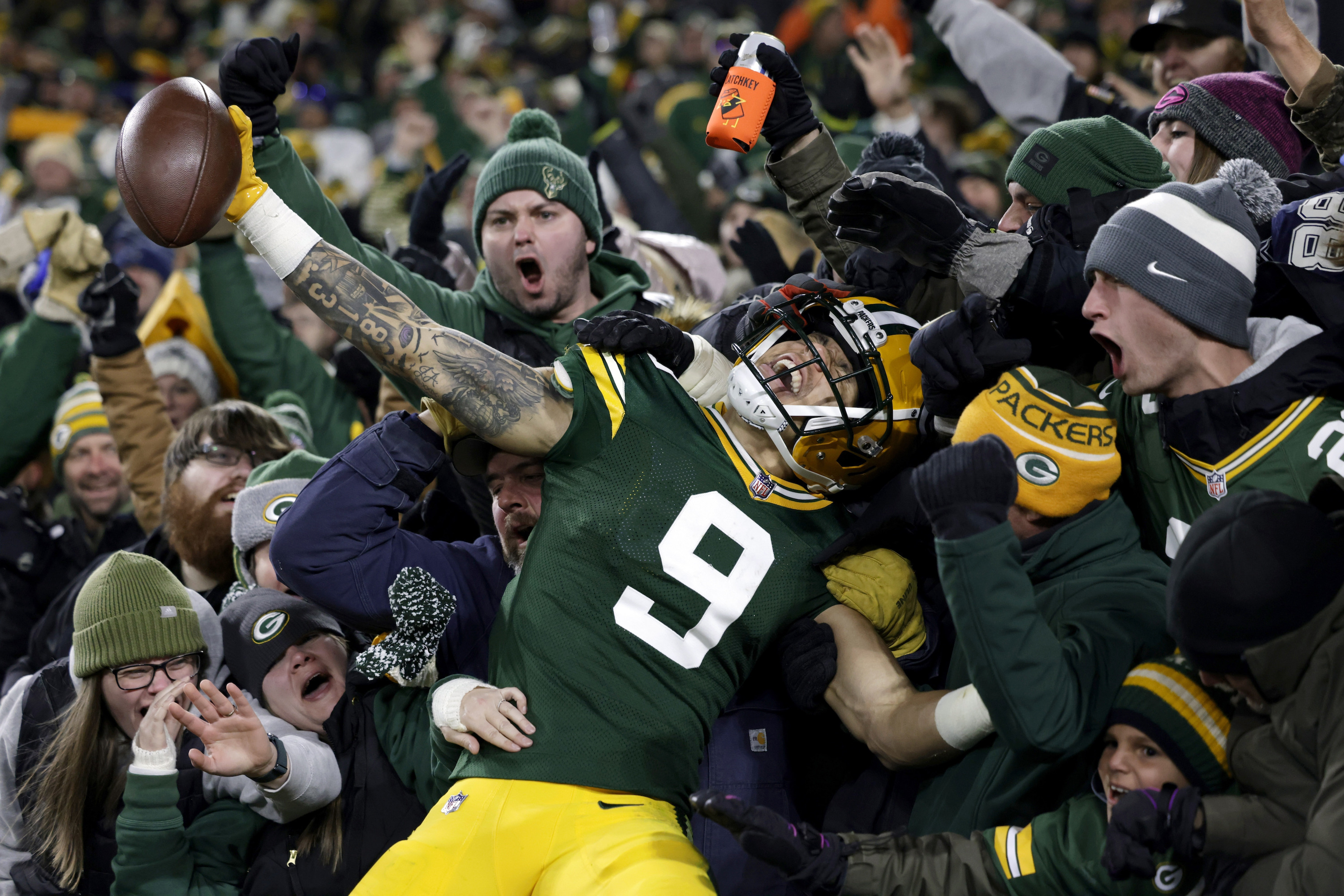 **Price movement are percent changes over the last week**

Turns out we shouldn’t write off high draft picks with freaky athletic tools after one terrible drop Week 1 and a half a season of poor production.

Watson’s calling card was always his ability to stretch the field and two of his scores were from at least 39 yards out. It was always going to take him a little while coming from North Dakota St. of D1AA. Now he may be Aaron Rodgers’ new favorite target.

He’s still the 9th most expensive rookie WR, behind Alec Pierce and Treylon Burks, among others.

Perpetually underrated, Kirk very quietly has the 11th most receiving yards and second most touchdowns in the entire league. He has always been a solid player that is able to take advantage of a soft defensive effort.

Down big early, Kirk was targeted 12 times and hauled in nine receptions for 105 yards and two touchdowns. The Jaguars played most of the game in 11 personnel (one running back, one tight end, and three receivers) freeing up Kirk to play in the slot where he’s more comfortable.

Every one of his targets came from the slot and of course, every reception, yard, and touchdown did as well. He has the most slot-snaps in the NFL so far this season and the fourth most yards, trailing only Tyreek Hill, Cooper Kupp, and Justin Jefferson.

Kirk’s movement from Sunday seems benign, but he was the second biggest riser in our market with his 15x Long Multiplier. That means a $500 in Kirk Sunday morning would have earned better than a $250 profit by 4 pm the same day!

Does anyone on earth seem healthier than Toney right now? He shook off his, um, ‘lower body injury’ rather quickly since being traded to the Chiefs and already looks like a potential star.

He was targeted down the field and near the line of scrimmage, involved in the run game, and scored a very petty touchdown. In all, he totaled 90 yards from scrimmage and played a season high 44% of snaps.

Of course, this was partially due to Juju Smith-Schuster getting injured, but Toney brings a new element to this offense that has been desperately looking for speed since Tyreek Hill’s departure. This could be a match made in heaven.

There’s a new elite QB in college football. This isn’t news if you were reading my weekly college QB previews, because Maye is elite and has been for most of this season.

He threw for another 448 yards and 3 TD plus 71 more and another score on the ground. The red-shirt freshman hasn’t thrown an interception in more than 120 pass attempts and has 15 TDs and nearly 1,800 total yards in his last four games.

Now sitting at $19.94, the only college players with a higher stock are Bryce Young, CJ Stroud, and Caleb Williams. Maye is firmly in contention for the #1 overall pick in 2024, but he’s still only priced like a late first round pick. All college QBs have 3x Multipliers available.

Here are the leaders in rushes of 15 of more yards so far this season along with their total carries:

It’s hard to pinpoint when it happened, but Wilson has abruptly become one of the most explosive running backs in the entire league. He was more of a plodder, goal line type back when he came into the league as an undrafted free agent. No longer, though.

The Dolphins traded for him at the deadline and he already saw twice the snaps and carries of Raheem Mostert. He looks like a central piece in this high-powered offense. Think you’re too late? He is still cheaper than CEH, who did not register a touch in Week 10. Wilson also has a 5x Multiplier available!

A huge portion of Ehlinger’s price was based on Frank Reich’s promise that he’d start for the rest of the season. Well, now Reich is home and Ehlinger looks like a full time back-up again.

It was the Isiah Pacheco show in Kansas City on Sunday. He ran for 82 yards on 16 carries operating as the very clear lead-back.

In turn, Edwards-Helaire had absolutely no role in the offense. His usage has been trending down for weeks and he played just four total snaps against Jacksonville. The writing was certainly on the wall and users who went Short on Edwards-Helaire before opening day would be up over 200% with his 10x Short Multiplier.

Ertz suffered a season-ending knee injury on Sunday. It sucks when players get hurt, especially ones who have had such impressive careers.

The fear is that this injury zaps the rest of Ertz’s already waning athleticism. The market still expects him to earn $1.55 more value the rest of his career, which feels somewhat unlikely given he’s earned $1.33 per season on average along with the severity of his injury.

Back to the well. I am highlighting Jones’ fall every week until all Mojo users have taken out a short position.

He played zero snaps for the second consecutive week and still has just three catches this season. As a 25-year-old rookie who’s already fallen behind, his more than $4.00 in future value is astronomically high and will never, ever, ever be realized.

Prices are current as of 11/16/22 at 11:00 AM
James Schiano is a full time employee of Mojo. All trades you make are with Mojo, which sets the lines as the “house”. Recommendations are for entertainment purposes only. Please use your own judgment and data to make trades. 21+. Must be in NJ to trade. Gambling Problem? 1-800-GAMBLER
About the Author: