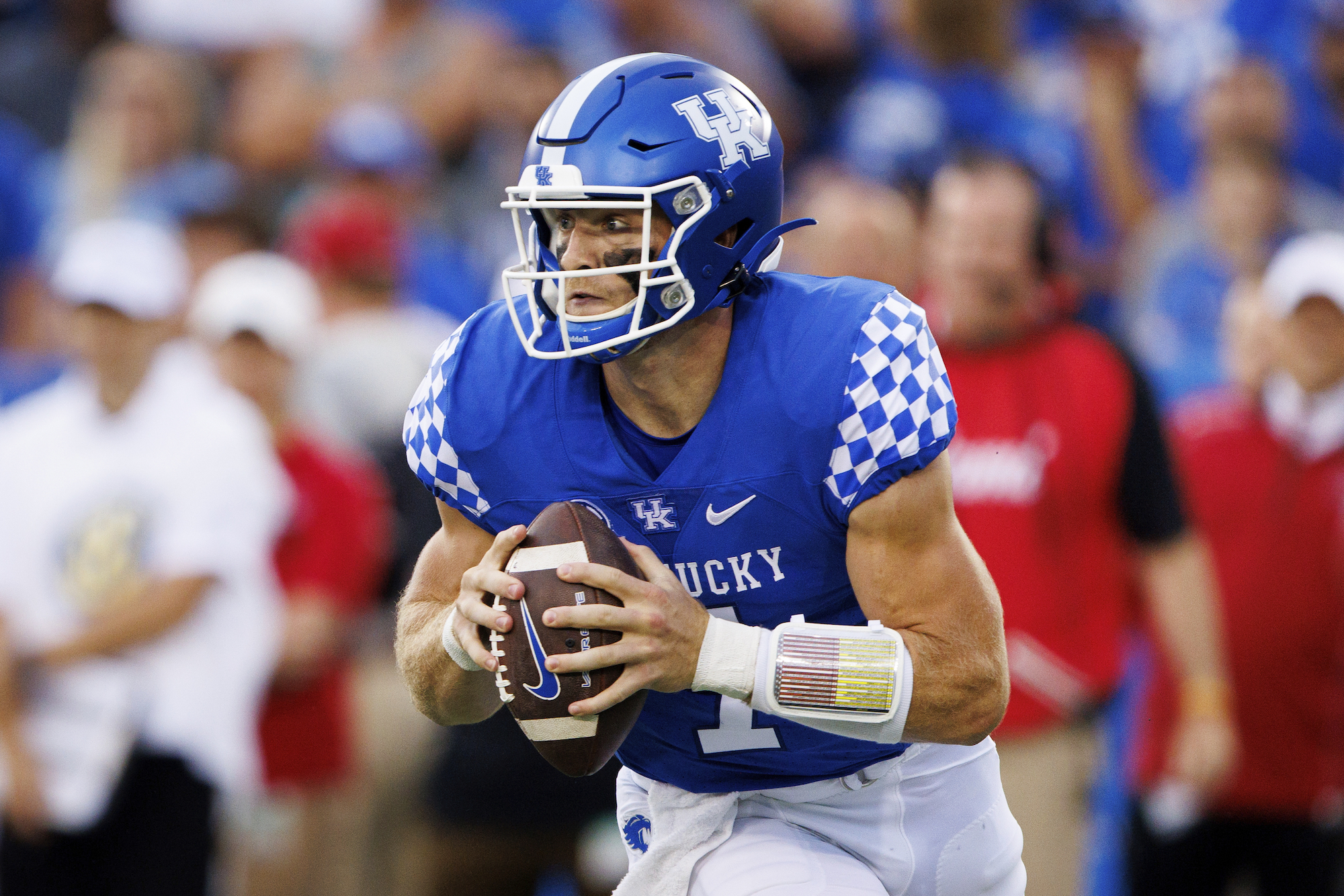 Statistically the best QB in the country, Stroud is coming off a “bad game” against Iowa where he threw for 280 yards and four TDs. His first half was a bit uneven, but he still leads the nation in touchdown percentage (14.7%), passing touchdowns (28), and adjusted yards per attempt (12.6).

The national media has moved off Williams and USC since their loss to Utah knocked them out of playoff consideration. I’m here to let you know he’s still one of the best QBs in the country.

His 19:1 TD to interception ratio is highest in the nation and he’s one of seven Power Five QBs averaging more than three total touchdowns per game. Williams should dominate Arizona’s 124th ranked scoring defense

The newly minted #3 overall player on PFF’s Big Board, that’s ahead of CJ Stroud, Levis heads to Rocky Top for a date with bitter rival, Tennessee.

While this year hasn’t been as crisp as last, Levis is still third in yards per pass attempt and fifth in adjusted completion percentage among all FBS QBs. We know lead PFF draft analyst Mike Renner loves Levis’ NFL potential and this game could go a long way to securing his draft status.

Levis will be going up against Hooker on Saturday. He rose to the occasion two weeks ago against top ranked Alabama and followed up that performance with a thrashing of UT Martin where he broke Tennessee’s record for consecutive games with a touchdown.

Hooker only trails Stroud in AY/ATT and Heisman Trophy odds. He’s thrown 49 touchdowns versus just four interceptions over his last 20 games and looks to continue his (and Tennessee’s) magical season against Kentucky.

It looked like there would be a changing of the guard in Penn State, but Clifford played one of the best games of his career last week against Minnesota. He completed 74% of his passes with 295 yards and four touchdowns to stave Allar off for another week.

That being said, James Franklin knows his team is going to have to push the ball downfield to stand a chance against Ohio State and Allar is much more equipped to do so. The five star freshman has completed two passes of at least 20 yards (both against the blitz) in 31 attempts. For frame of reference, Clifford has only done so seven times in 187 attempts.

It feels like only a matter of time until Allar gets this job and his stock will go parabolic when it finally happens. Make sure he’s in your portfolio before the upswing.

Possibly the most underrated player in all of college football, Maye is quietly playing at a historically high level as a red-shirt freshman.

He has completed the most passes, 25, of 20 or more yards in the entire country. His 380 yards per game and 9.5 Big Time Throw percentage also lead the nation. He only trails CJ Stroud in total touchdowns per game and has the fourth highest AY/ATT.

Maye is a complete stud and is in the conversation, with Williams and Quinn Ewers, to be the #1 overall pick in 2024. His stock currently looks more like Hooker and Levis than Williams and Ewers, but I expect it to rise sharply over the next calendar year.

Nothing like a good ol’ fashioned gunslinger. Dart is the only QB to average more than nine yards per attempt and six yards per rush. He has also thrown seven interceptions compared to 11 passing touchdowns. Not great.

This is the book on Dart and Lane Kiffin’s run and gun style. Jordan Addison’s eventual return will be a massive boost and Dart’s traits are more than NFL to keep him on the NFL’s radar.

Jimbo Fisher has finally come to his senses and installed Weigman as Texas A&M’s starter over the struggling AND injured Haynes King to try and spark the Aggies season.

Weigman is a five-star freshman that put together an impressive drive to get A&M to within one score late last week against South Carolina. He’s priced very low (below Dillon Gabriel and Michael Penix Jr.) for a QB with NFL traits that may be taking over a high profile starting job as a true freshman.

Prices are current as of 10/28/22 at 5:00 PM EST
James Schiano is a full time employee of Mojo. All trades you make are with Mojo, which sets the lines as the “house”. Recommendations are for entertainment purposes only. Please use your own judgment and data to make trades. 21+. Must be in NJ to trade. Gambling Problem? 1-800-GAMBLER
About the Author: