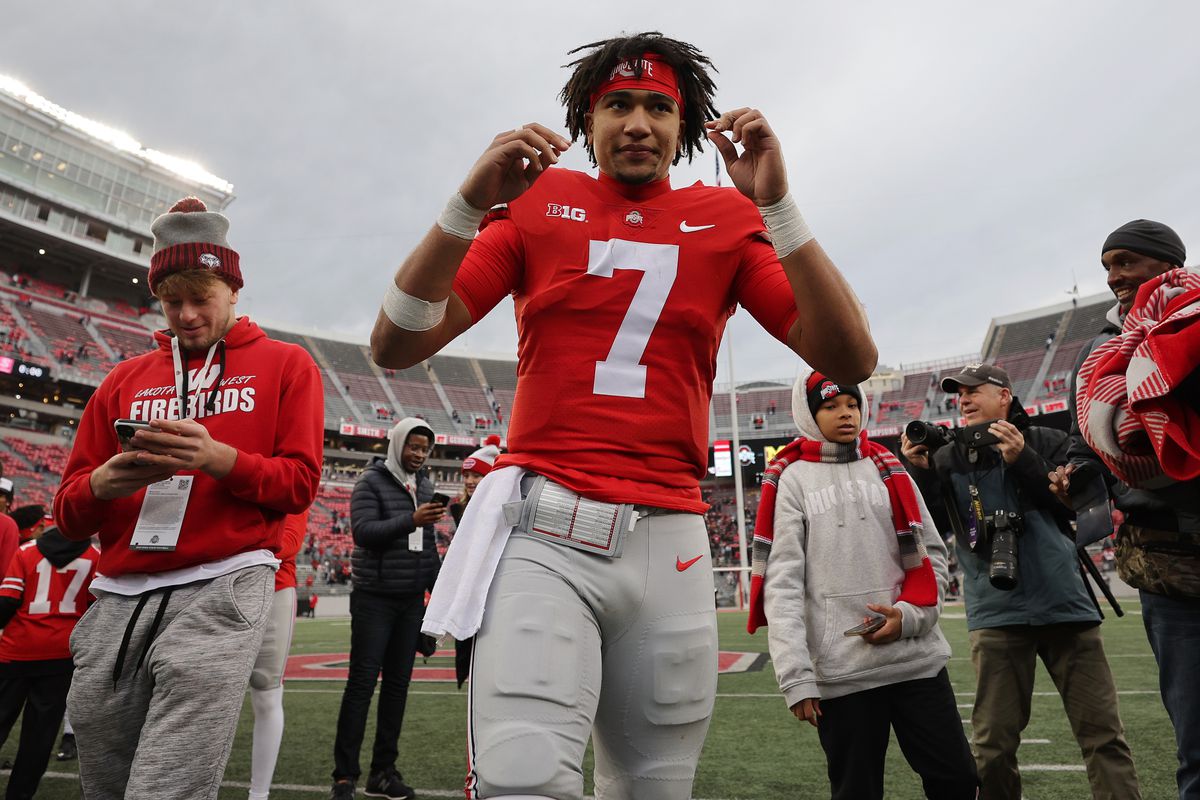 The Heisman favorite has 24 TDs on 160 attempts this season (15% TD rate), the best adjusted yards per pass attempt (13) in the country, and is in the 99th percentile for scheme adjusted pass efficiency. He is truly a superhero who should dismantle the Iowa Hawkeyes on Saturday.

Alabama doesn’t lose football games very often. Just six in their last five years, to be exact. So that makes this week’s rebound effort all the more important for the Crimson Tide.

They’ll be visited by Mike Leach’s Mississippi State Bulldogs and Young should star. He dazzled last week in Knoxville despite his team coming up short. The defending Heisman Trophy winner is on pace to have a better season than last year despite OC Bill O’Brien shying away from motion and play action, two key components of Alabama’s offenses from the last few seasons.

Nevertheless, Young’s stock has already risen above other recent high draftees like Trey Lance and Tua Tagovailoa, while just below Zach Wilson. His stock is rising fast.

Finally realizing his massive potential, Ewers avoided a serious injury scare to ignite a Texas program that desperately lacked a spark. He’s thrown seven touchdowns over his last two games (on just 57 attempts) in wins over Big 12 stalwarts Oklahoma and Iowa State. The highest rated recruit ever is ascending.

DJU has rewritten his story so far this season. Huge wins over FSU, NC State, and Wake Forrest have Clemson back firmly in the Playoff picture and his own strong play is boosting his draft stock.

In a year where it looked like he’d be passed up for new five star Cade Klubnik, Uiagalelei is thinking about the NFL once again.

Much like Matt Corral last season in Lane Kiffin’s run and gun offense, Dart is putting up freaky numbers. He’s the only quarterback in the nation averaging more than nine yards per pass attempt and seven yards per carry.

Also similar to Corral, his gunslinging mentality has led to ample turnovers and his 3.7% interception rate is well below average. He will have his hands full in Baton Rouge this weekend, looking to make a statement and keep his stock climbing.

James Franklin has a very interesting decision to make this week. Sean Clifford has proven incapable of leading Penn State to the next level time after time. You’d think the coaching staff would have noticed this during Clifford’s shocking sixth years on campus and fifth under center.

Allar stepped in for two drives last week after his squad was throttled by Michigan and showed solid poise plus the massive tools that made him a five star recruit.

Playing as a true freshman could do wonders for Allar’s stock that is already the second highest price for any freshman in the market and ticking up. Nothing like a classic Penn State whiteout to spur a potentially program-altering move.