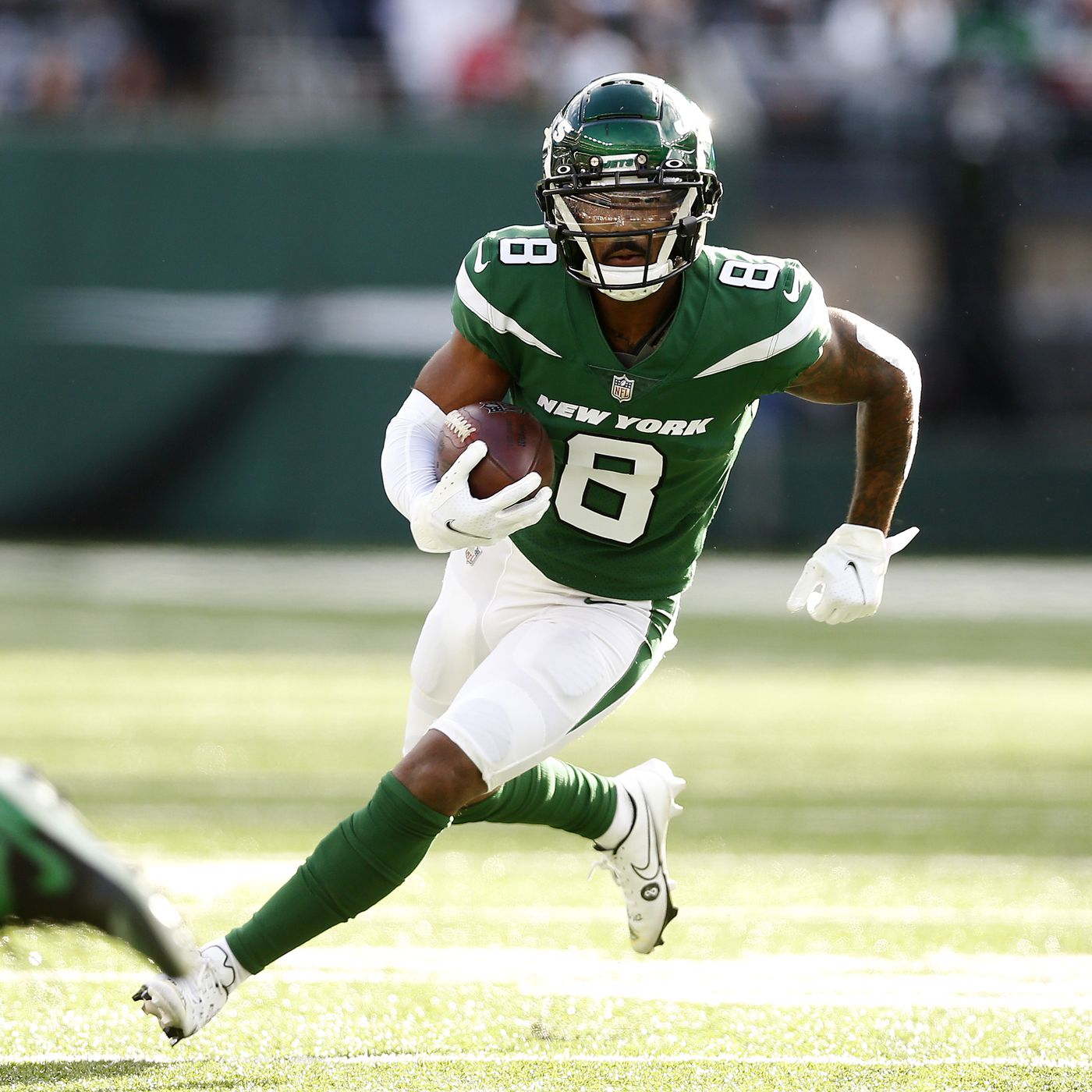 Here are eight outlandish, fun predictions. They’re not *likely* to happen,, but I think all have a higher chance of happening than most people realize.

Burrow was on a torrid pace at the end of last year, showcasing his ability to dominate any given week with the duo of Tee Higgins and Chase.

Chase should take a 2nd year leap and improve on his rookie receiving record. He might already be the best wide receiver in football, and if this offense leans into being pass-heavy, the record can be broken.

He has incredible comparable players that have had massive success at the next level. Pitts reminds me of the tight end version of Calvin Johnson. A player set to physically dominate for the next decade.

Rachaad White is the next third round rookie running back breakout

White was a fantastic prospect coming out of Arizona St. He tested out as a 99th percentile athlete according to Relative Athletic Score.

He also was a phenomenal pass-catcher in college with 2.24 yards per route run in his final year.

With the Bucs being the most pass-happy team in the league, it’s easy to see a scenario in which White forces his way on the field.

The Eagles will win the NFC

Armed with the top offensive line according to Pro Football Focus, AJ Brown, Devonta Smith, and Dallas Goedert surrounding Jalen Hurts, this offense can be explosive.

There’s truly no weaknesses on the team, and if Jalen Hurts can take the next step, there’s no reason they can’t be the best team in the NFC..

Moore was a phenomenal prospect coming out of college with a 99th percentile target share, declared at 21 years old and also tested out as a 87% athlete.

He started off slowly last season, but turned into one of the best wide receivers in the league from weeks 8-13, as he was top seven amongst all wideouts in targets per route run and yards per route run.

Moore then got hurt, but he was being utilized at elite levels which were impressive for any wide receiver let alone a rookie.

Moore had been the talk of Jets training camp with constant praise.

We see the highest percentage of wide receiver breakouts come in their second season and Moore could be on the fast track to stardom.

I think we may forget how good Courtland Sutton was prior to him tearing his ACL.

With a trio of Joe Flacco, Drew Lock, and Brandon Allen, Sutton turned 124 targets into 1,112 yards and six touchdowns.

He is now in his second year following the ACL injury and should medically be very close to the player he was prior.

With Russell Wilson coming into town, it just adds to the bounce back potential for Sutton.

Benjamin Allbright has mentioned that Sutton has been Wilson’s favorite target in camp and it’s “not close”.

I wrote an article profiling superstar wide receivers with a 100% hit rate in their career.

Sutton actually profiled amongst these wideouts, but has yet to hit the threshold that every other player has hit in his career.

Dillon might just be a top 10 running back in the NFL right now, but hasn’t seen the opportunity to showcase how good he is due to being behind Aaron Jones.

Dillon was 5th amongst all running backs in estimated points added (EPA), which is an important efficiency stat in football analytics,  last season despite only getting 187 attempts.

Jones has seen an uptick in passing game usage without Davante Adams in the lineup. With arguably the worst wide receiving core in the league at their disposal, we should expect Jones to be featured more here.

That means Dillon might even get more carries. Dillon profiles as a workhorse running back capable of handling 300+ carries on a yearly basis similar to Derrick Henry.

Similar to Henry, it just took some time for him to eventually work his way into a workhorse role before dominating.

I don’t know if Dillon will be THAT good, but a similar career arc is in the range of outcomes.

There’s been constant praise this offseason about Dillon being a big part of their offense.

This might not be as bold as my other takes, but considering his receiving yardage total on sportsbooks right now is only 550.5 yards, there’s a clear market expectation that Julio is not going to have a good year.

I wrote up about why Julio Jones might be in for a big comeback season now with the Buccaneers.

If you enjoyed this make sure to follow Mojo and me on Twitter and check back for plenty more similar blog posts coming out soon!