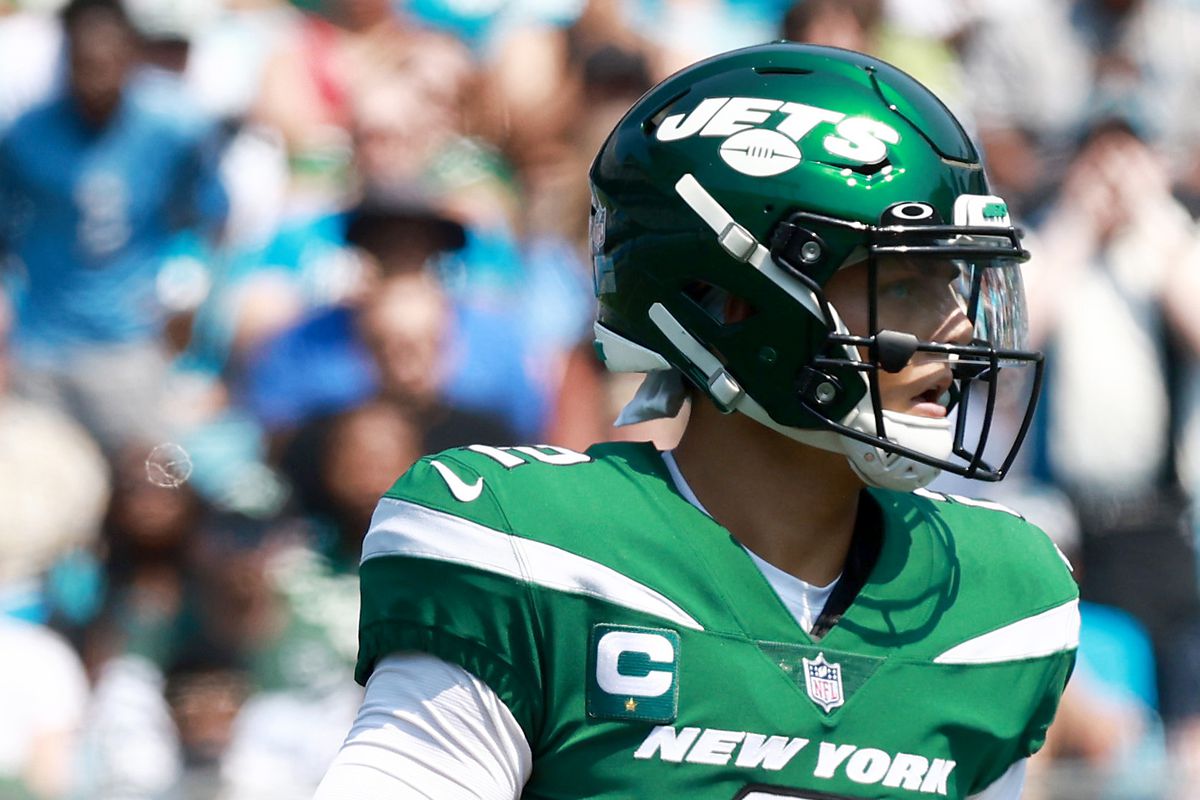 If there’s one trend that’s common amongst young QBs, it’s eternal optimism. It often takes multiple years for a QB to be described as a draft bust, even if they haven’t shown much promise.

Let's look back at past sophomore QBs on Mojo using historical data. This data is courtesy of Mojo’s back-tested projections, which uses then-current information to estimate past share prices before Mojo launched.

And finally, Sam Darnold, the quintessence of excuses for a young QB. Darnold finished his rookie season with $47.12 in future Mojo value. He followed this up with 3,024 passing yards, 19 passing TDs, and 13 INTs. He also posted subpar efficiency metrics of 6.9 Y/A and 6.4 AY/A.

Zach Wilson, the former 2nd overall pick, has a future Mojo value of $29.27 and a share price of $32.47, which lies below all three of our aforementioned draft busts.

However, Wilson comes with great upside if he can make a leap into a franchise QB and he has the potential to double his share price of $32.47 to the range of $60-$80 where Joe Burrow, Trevor Lawrence, Kyler Murray, and Lamar Jackson live. This upside far outweighs the downside of a poor second season, especially with the value insulation that young QBs carry.

Wilson’s highly regarded surrounding cast of Garrett Wilson, Elijah Moore, and Breece Hall carry the 6th, 12th, and 4th highest future Mojo value at their respective positives and after seeing Tua Tagovailoa and Jalen Hurts up 37.2% and 47.6% with the introduction of powerful offensive weapons, I don’t want to miss out on a potential Zach Wilson explosion.

Andrews has been on an absolute tear. He leads all players- not just TEs- with a 36.5% target share. His 87.8 PFF Receiving Grade ranks second amongst all WRs and TEs and his 2.75 yards per route run ranks 4th amongst WRs and TEs.

Somehow, however, his share price has fallen from $17.53 to $15.48 since the beginning of the season and his future Mojo value is $8.85. With this and an average career game of $0.094, Mark Andrews would need 94 career average games- or about 5.5 seasons- to hit his future value. However, we are not watching Andrews’ career average.

Since the beginning of his 2021 breakout season, Andrews has accumulated $2.80 in Mojo Value in 20 games, approximately $0.14 per game. With this figure, he would need 63 more games (around 3.7 seasons) to meet his future value.

All three of these players are rookies who have almost all of their value tied up in future value. As 2nd and 3rd rounders in the NFL draft, it’s understandable that they aren’t getting on the field as much as first round picks such as Drake London, Garrett Wilson, and Chris Olave, but that’s why they are so much cheaper.

All three of Bell, Robinson, and Moore dominated in college. Bell broke out at age-18 with 28% of his team’s receiving yards and followed that up with 34% and 28% in the following years.

All three of these players are very cheap and they all represent strong buys.

However, his current future Mojo Value of $61.55 is too rich for me at 3rd in the league behind only Justin Herbert and Patrick Mahomes and ahead of players like Joe Burrow, Josh Allen, Kyler Murray, and Lamar Jackson. While Lawrence’s performance this season has been encouraging after his rookie season performance, I am not ready to anoint him to such heights as the 3rd most promising young QB in the NFL

There’s no denying that Travis Kelce is a near lock to be a future hall-of-famer. Kelce doesn’t find himself in this column through any fault of his own- the market is just too bullish on him. Right now, Kelce is 32 and will turn 33 in a week.

While his average career season has resulted in $1.99 in Mojo Value, he currently holds $5.55 in future value- or approximately 2.8 Travis Kelce seasons. While he has defied age thus far, you can’t rely on him playing until 35 to return positive value.

Cooper Kupp finds himself on the “short” list for the exact same reason as Travis Kelce. The Rams’ WR currently holds $10.37 of future Mojo value. If we just look at his legendary 2021 season, Kupp banked an average of $0.20 per game. This does not count his Super Bowl performance since winners of the Super Bowl get a 1 time 5x multiplier for that game, which skews the average.

But when looking at Kupp’s future Mojo value vs average Mojo value per game, he would need to replicate one of the best (if not THE best) WR seasons in NFL history 3 times to meet his current future value. That’s a tough ask for any 29-year-old WR, even Cooper Kupp.

Prices are current as of 9/28/22 at 12:00 pm EST
Akash Patel is a contributing writer on Mojo. All trades you make are with Mojo, which sets the lines as the “house”. Recommendations are for entertainment purposes only. Please use your own judgment and data to make trades. 21+. Must be in NJ to trade. Gambling Problem? 1-800-GAMBLER
About the Author: