Who Will Win the 2023 Heisman Trophy? 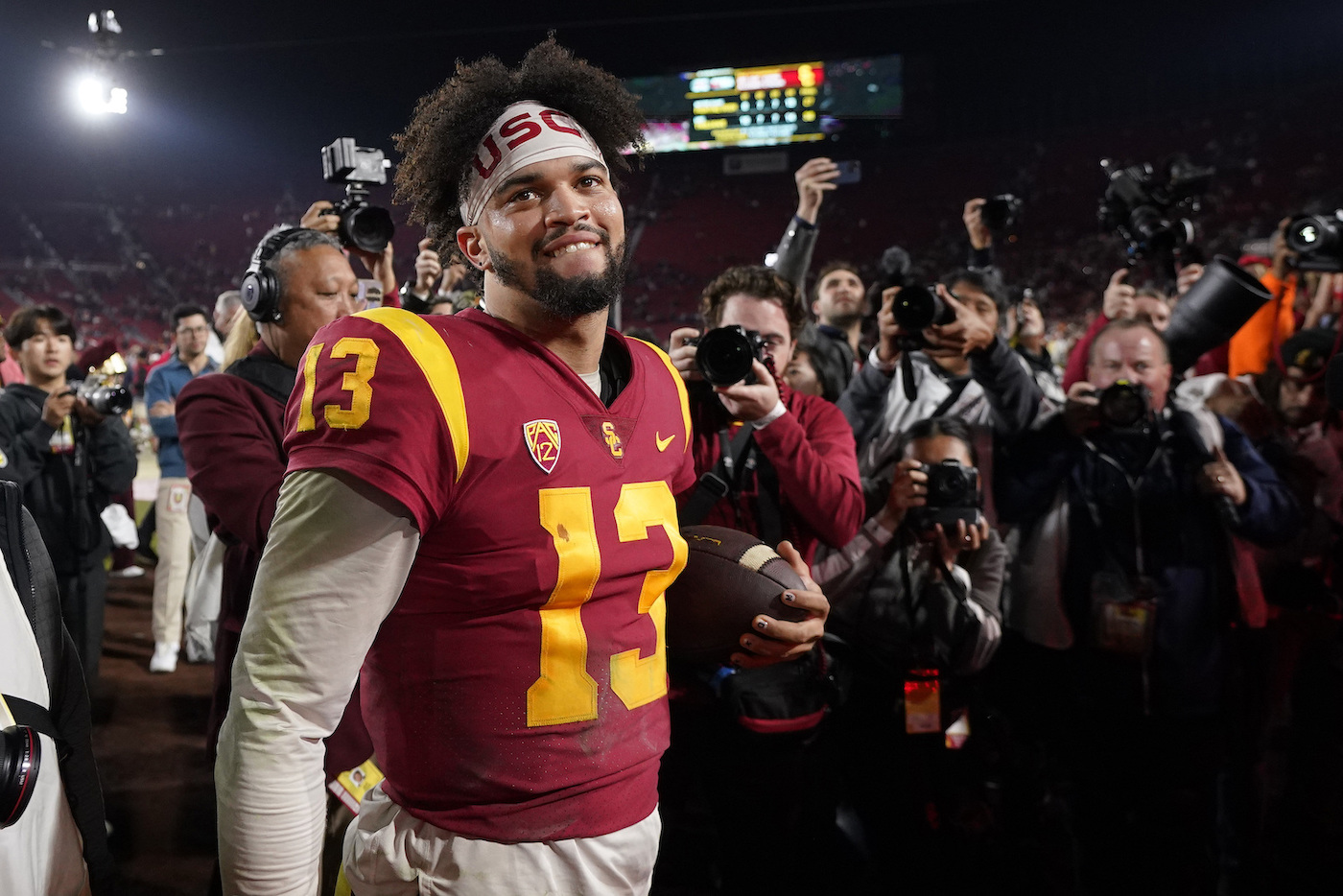 The 2022 Heisman trophy was just awarded to USC QB Caleb Williams, but that doesn’t mean it’s too early to start looking at next year’s candidates.

The Heisman is almost exclusively a quarterback’s trophy and Mojo’s Market offers 134 college QBs. So, the next winner will be in the market.

If a quarterback is going to win the award for the nation’s best player, he’s going to have to put up monster numbers. The last QB who won the Heisman without at least 40 total touchdowns was Troy Smith in 2006.

Stats are meaningful for Mojo’s college market and draft capital is even more significant. It’s safe to say that the 2023 Heisman winner will see his stock rise, but what candidates are good buy-now options? I will walk through the published frontrunners as well as a few long shots that may be worth a bet.

Make sure you tack on their 3x Multiplier if you want an opportunity for higher returns!

Check out their odds for the award on FoxSports.com

The 2022 winner as a true sophomore is obviously the frontrunner heading into 2023. I have written before that he is still a value on Mojo with roughly 14% growth potential in the coming year.

So, a $1K bet on Williams with his Multiplier would be worth more than $1.5K if his stock rises as much as Young’s did this past season.

Bear in mind Young dealt with a knee injury and is undersized by typical NFL standards. Anyone can get hurt, but Williams has the size NFL scouts dream about. He is one of the safest players in Mojo’s marketplace. ‍

The rising junior blew up in 2022 before having a shaky end to the season. He failed to throw for 300 yards in any of his last three games (all losses), and had four interceptions to only one touchdown over that stretch. That was after throwing 23 TDs and two INTs over his last seven games.

He may have just hit a wall as a first year starter, or perhaps defenses figured him out. If Maye can play like he did to start 2022, he’ll be invited to New York. Should he take home the hardware, I think his Mojo price would reach Caleb Williams levels since he’d likely wind up challenging him for the #1 overall pick in next year’s draft.

A surprise decision to return to school has Penix on the short list of 2023 Heisman trophy contenders. Washington’s offense should be explosive with him returning and there’s a good chance he throws more than the 29 TDs he scored this past season. His stock rose 46% during his tremendous season.

The Huskies scored a ridiculous 23 rushing TDs, which will likely regress, and it was just Penix’s first year in the system. There’s a high probability that he’s even better in 2023.

The one thing working against Penix is age– he’ll be 23 by the time next season starts. So, his ceiling for share price is a bit capped due to him not being able to take an NFL snap until he’s 24 years old.

Yet, we just saw Hendon Hooker, 24 right now, electrify the nation and be considered a Heisman favorite until an ACL tear abruptly ended his season. He had gotten himself into the late first round discussion but will likely sink back to the second or third.

All you need to know here is that last name. The nephew of Peyton and Eli, the next Manning is football royalty. Personally, I don’t think he will begin the 2023 season as the starter for the Longhorns with Quinn Ewers still in town.

Still, calling him a favorite is a bit bold, but that’s the kind of weight Manning is entering college with. He will be added to the Mojo Market over the next few months so keep your eye out!

Check back next week when I will cover a few more potential winners (and money making opportunities) in 2023!