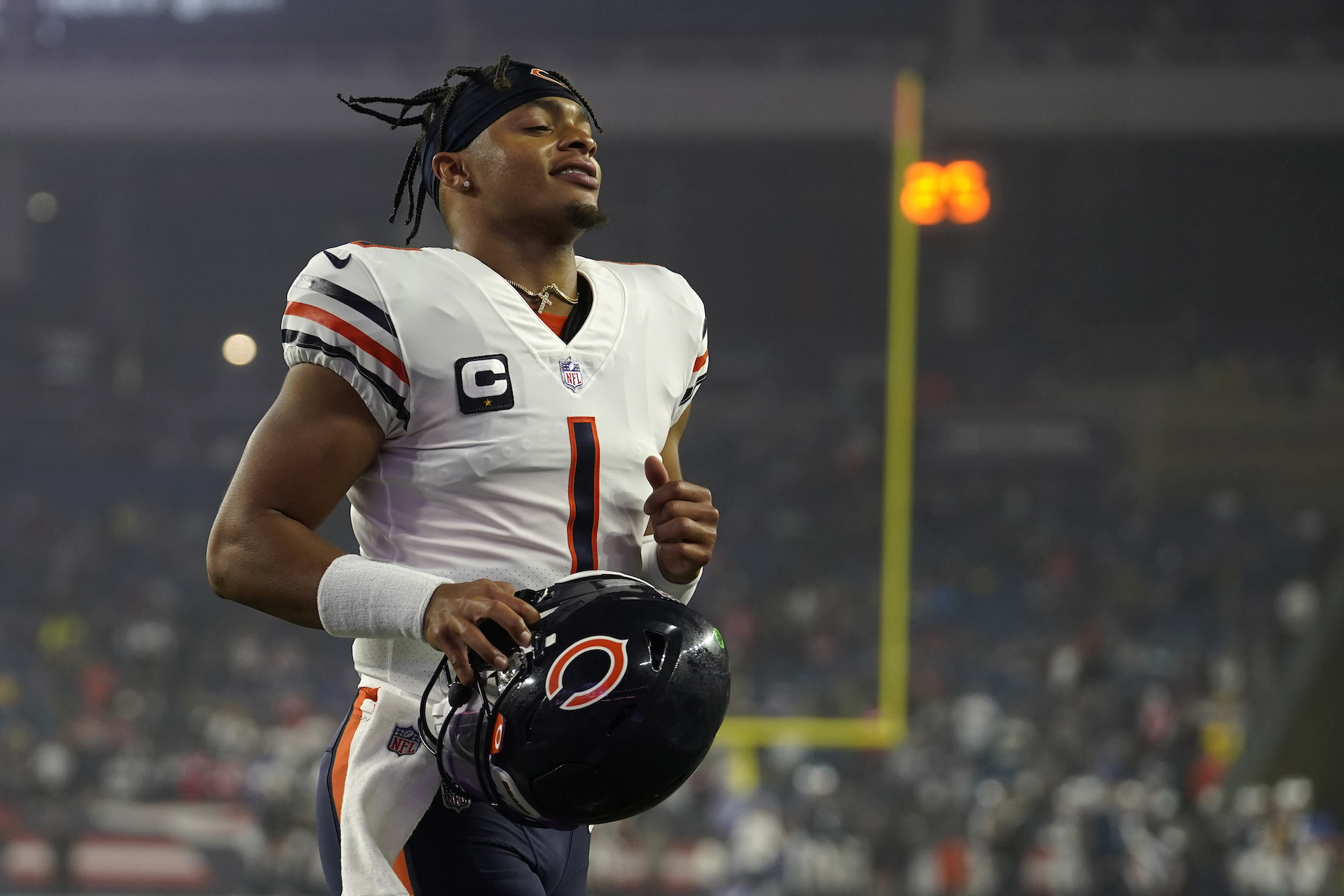 I don’t want to keep putting Tua in here every week, it just feels like I have to at this point.

Fields has had plenty of bumps in the road to start his career in Chicago, but I think he’s beginning to turn things around.

Over the past three weeks, he’s looked much improved and the main difference has been the Bears use of his legs. He had 11 designed runs two weeks ago against the Patriots and just 13 all year before that game.

Also, the addition of Chase Claypool at the trade deadline gives Fields a legit downfield threat and increases his ceiling. I think we could see Fields hit $40 by the end of the season. Go Long on Fields.

While Goff has been playing fairly well this season, I believe that his time as a starting QB in the NFL is coming to an end.

The Lions are due to get a top pick in next April’s draft and Goff could be in trouble if they opt for a QB. I do expect the Lions to keep Goff on the team next season, but as a mentor and eventual backup to the Lions next franchise QB

The 2023 QB class is loaded with future franchise guys like Bryce Young, CJ Stroud, and possibly Hendon Hooker. The Lions are likely to make one of them the face of their franchise, which will inevitably cause Goff’s stock to plummet. He’s a great candidate to Go Short on with his 5x Short Multiplier.

Prices are current as of 11/3/22 at 1:00 PM
Luke Sawhook is a Contributing Writer Mojo. All trades you make are with Mojo, which sets the lines as the “house”. Recommendations are for entertainment purposes only. Please use your own judgment and data to make trades. 21+. Must be in NJ to trade. Gambling Problem? 1-800-GAMBLER
About the Author: