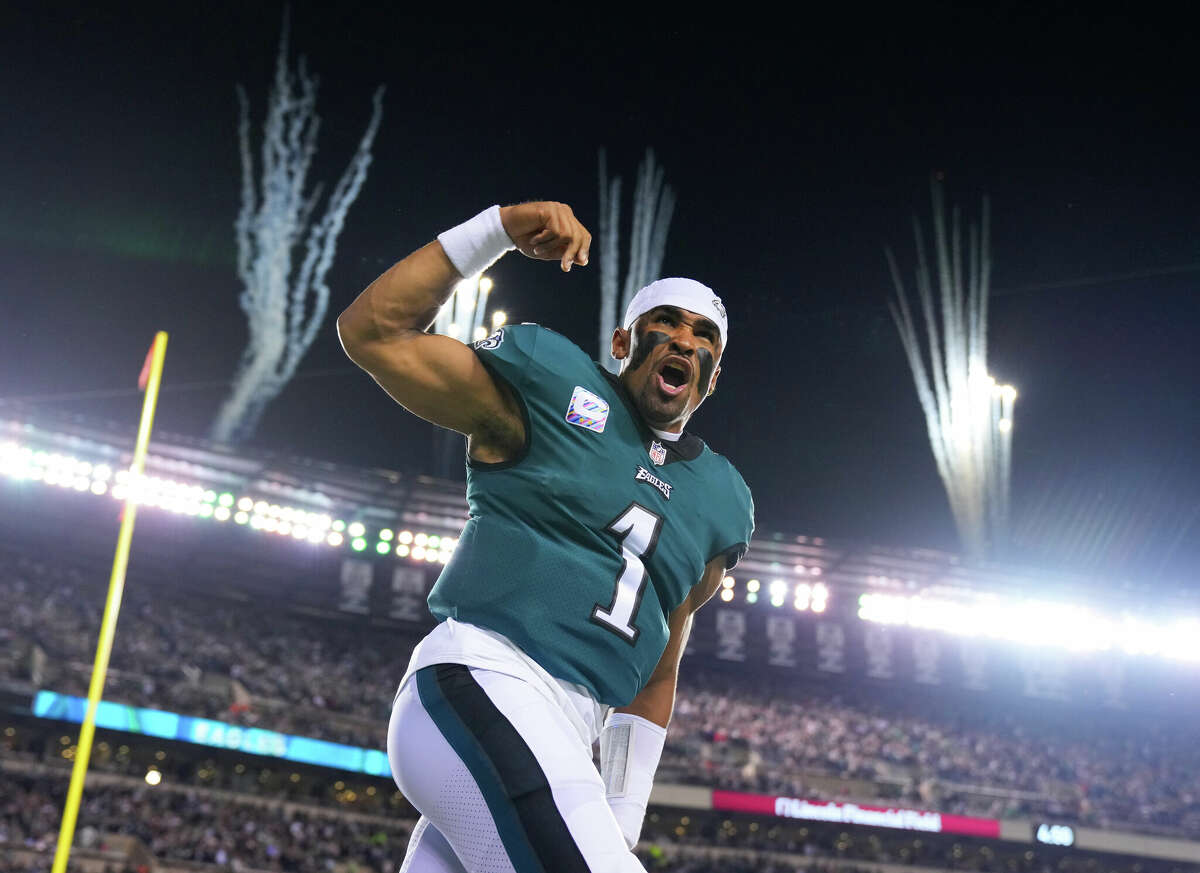 Hurts has taken the leap from an average NFL starting QB to superstar. The market has taken notice.

Currently ranked second in the NFL in yards per attempt, and first in clean pocket competition percentage, Hurts has developed into a true dual-threat QB. When Hurts first entered the league as a run-first QB, many didn’t know if he ever had long-term staying power due to his inconsistent accuracy. (A.J. Brown deserves some credit.)

It’s not too late to invest in Hurts. Still currently priced as only the 20th highest NFL QB, still behind the likes of Andy Dalton, Joe Flacco and Ryan Tannehill, he still has plenty of room to grow as his MVP-caliber season continues.

As a bonus: playoff stats count on Mojo and there’s a 5x Mojo Value bonus to the Super Bowl winning team, which could be relevant for Hurts (and anyone on the undefeated Eagles).

Brown currently has the fifth-largest target share in the NFL at 30.7% and is third in the NFL in yards per route run at 3.23. Brown’s efficiency mixed with his huge workload is a recipe for success.

Like Hurts, I still don’t think it’s too late to buy in on Brown. He still currently is priced lower than players like Amari Cooper and DeSean Jackson. While both of these guys are great in their own right, Brown is set up for long-term success in Philadelphia, I believe he’ll easily crack $20 before the end of the season.

While I am a sucker for rookies, Jahan Dotson seems like the odd man out on this Washington offense.

“Scary Terry” (McLaurin) is incredible, but the real factor holding Dotson back is Curtis Samuel. At just 26 years old, Samuel has a chance to be the WR2 in Washington for a long time, leaving Dotson fighting for scraps.

By no means do I think that Dotson is a bad player, but I believe his current price tag of over $11 is certainly a bit rich while guys like Travis Etienne, Breece Hall, and George Pickens are currently cheaper.

Not only has Dotson been sidelined due to injury, while he was playing this season his efficiency numbers were disappointing. He is currently 88th in the NFL in yards per route run and has an average of just three receptions per game. Go Short!

Prices are current as of 11/14/22 at 4 pm EST
Luke Sawhook is a Contributing Writer Mojo. All trades you make are with Mojo, which sets the lines as the “house”. Recommendations are for entertainment purposes only. Please use your own judgment and data to make trades. 21+. Must be in NJ to trade. Gambling Problem? 1-800-GAMBLER
About the Author: