Under the Radar Buys 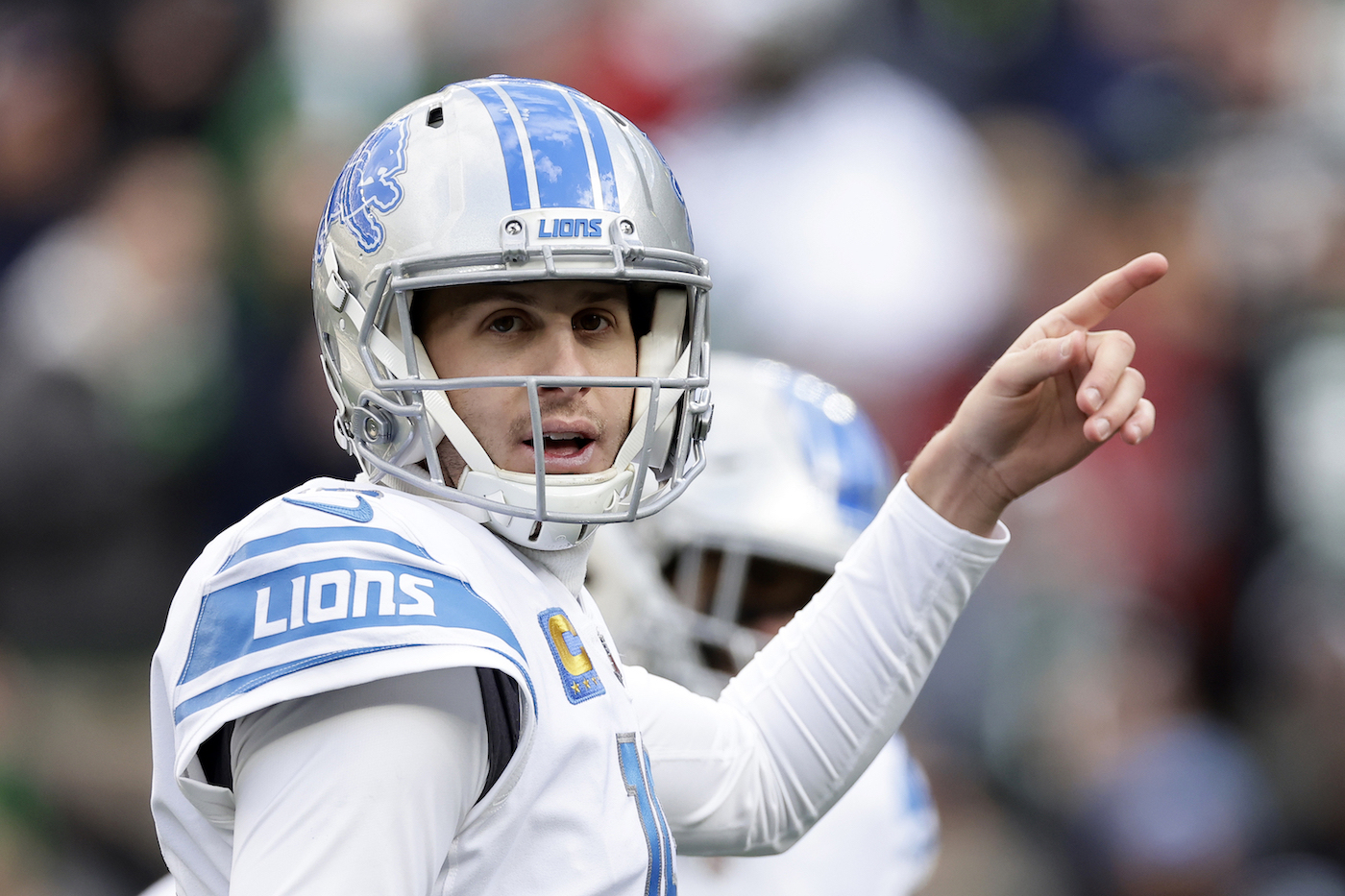 This time of year, some teams have a lot to play for. Others, not so much. In this article, I’ll highlight three players with golden opportunities in Week 17. They may even have some long-term staying value throughout the remainder of the 2022 regular season and beyond.

Luckily with Mojo, there’s a way for us to bet on the value of these players rising. Going Long on these players while using their Multiplier will supercharge your bets and could exponentially increase your earnings. Bet on what you know!

The Detroit Lions are one of the hottest teams in football having won six of their last eight games after starting the season 1-7. They’re squarely in the Wild Card race thanks in large part to Goff.

In Week 17, they will host their division rivals, the Chicago Bears. Goff’s home/road splits have been noteworthy this season.

In eight home games, he’s averaging 277 yards, 2.5 touchdowns, and just 0.4 interceptions per game with a 106.9 QB rating at home. In seven road games, Goff is averaging 249 yards, 0.9 touchdowns, and 0.6 interceptions per game while sporting an 87.6 QB rating. The Lions have an implied total of 29 points in this one, hinting at a big game for Goff.

Now, let’s talk about Goff’s stock and how you can make money when he inevitably goes off against Chicago. Currently, his share price sits at $58.96, with $38.33 in Banked Value and $20.63 in Future Value. He’s played 103 career games, thus he’s banked nearly $0.37 per game in his seven-year career. With his future value being $20.63, the market expects him to perform at a similar level for another 56 games, or just over three seasons.

With the way Goff has played this season, and how the Lions are trending, he very well could be the quarterback back of the future in Detroit. If that’s the case, we should undoubtedly be Going Long on Goff. Because veteran quarterback values on Mojo don’t see drastic shifts like young players might, you’ll want to use the 10x Multiplier to exponentially increase your returns.

Allgeier’s share price has skyrocketed up 41.6% the last month. With his current 3x Multiplier, a $1K bet placed on November 29th would be worth over $2.2K right now.

But why should you still be in on the Falcons’ rookie running back? For starters, he’s playing against an Arizona Cardinals defense that allows the sixth-most fantasy points and eighth-most yards per attempt to opposing running backs this season. Allgeier has also seen a career-high in opportunities in each of the last two games with 18 in Week 15 and 23 in Week 16.

Continue betting on Allgeier and you will continue to reap the rewards. His stock price will rise even more after a fantastic performance in Week 17, so you might as well Go Long now before it does. Don’t forget to use the 3x Multplier as well to increase your return on investment.

Woods’ share price includes $3.40 of Future Value. That’s nearly identical to that of Texans tight end Brevin Jordan ($3.36) who has yet to top four receptions or 56 yards in any game during his two-year career.

Woods did that in the first game of his career where he saw more than 50% of the Colts’ snaps: Week 12 when he caught eight passes for 98 yards.

The Colts’ rookie tight end has another fantastic opportunity ahead in Week 17. With fellow tight end Kylen Granson out of the lineup last week, Woods saw a season-high 74% snap share. He also ran a season-high 25 routes and had a season-high 69.4% route participation (per PlayerProfiler). Now Granson’s at risk of missing his second straight game.

Woods’ athletic profile is off the charts, and he’s performed admirably when given the playing time. In the two games this season he’s played over 50% of the snaps (Weeks 12 and 16), Woods is averaging seven targets and 78 air yards per game. He’s registered a 28.5% target rate in those two games too, an elite number.

He’s got another full week to work with quarterback Nick Foles before taking on the Giants this Sunday. Those G-Men are allowing the seventh-most fantasy points per game to opposing tight ends (11.1). It’s clear the Colts like Woods and are inclined to give him more opportunities as the season winds down to cap off a strong second-half of his rookie season. Go Long on him now before he pops this coming weekend.