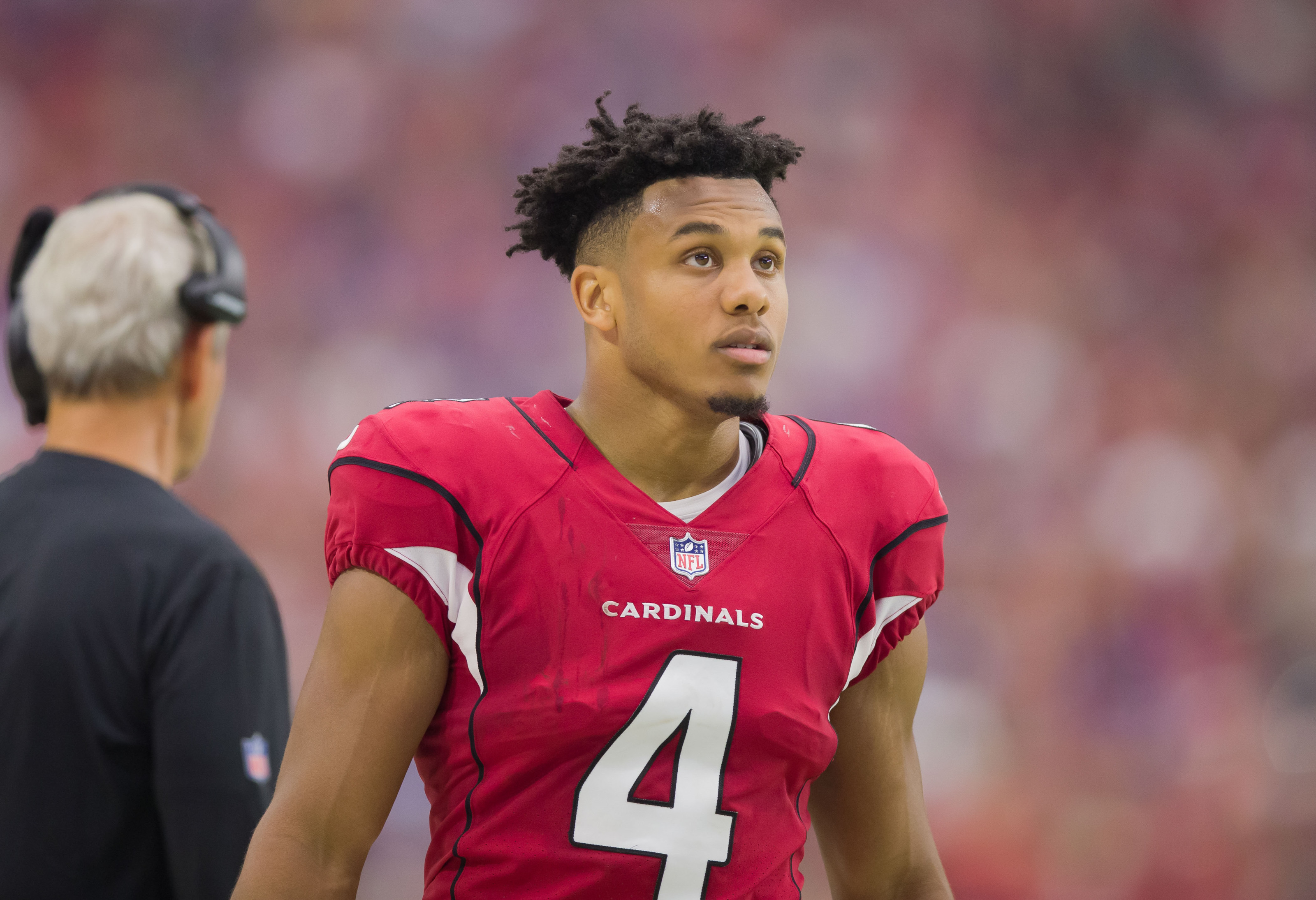 Billy, this is Rondale Moore. He runs a 4.37, has been targeted 22 times in three games this season since returning from injury, and set a career-high in snap share each of the last three weeks. His defect is that all his targets are at the line of scrimmage.

Jokes aside, Moore’s average depth of target (aDOT) is 4.5, lowest of any receiver with at least 20 targets. His aDOT is so low because of how often he’s targeted on screens. Of his 22 targets and 16 receptions, seven have come on screen passes per The Edge. That’s 13th most in the league despite Moore only playing in three games.

While his is lowest, it’s near other productive WRs like Amon-Ra St. Brown and Chris Godwin. Like Moore, they play most often in the slot.

Over Moore’s career, he’s played 301 more snaps in the slot, is targeted more often, and produces more yards per route per The Edge. He was out wide for 24 snaps in his season debut versus 13 in the slot, but that has completely flipped to 12 and 73 over his last two games.

DeAndre Hopkins’ return, plus the addition of Robbie Anderson to step in for Marquise Brown, should keep Moore in the slot where he’s more productive. His playmaking ability, role in the Cardinals offense, and volume should anchor his value. There is plenty of upside here for the 73rd-highest priced WR in the market.

Doubt is starting to creep in regarding Murray’s future. The film study clause in his contract was bizarre. The Cardinals bending to public pressure and removing it was even weirder. Then there were the Call of Duty stories… I don’t know, the rhetoric surrounding Murray is strange.

Add in the fact that he is once again proving to be inefficient on the field only makes matters worse. Hopkins’ return should provide a boost, but Murray doesn’t look or play like a QB with the 7th most Future Value in the market.

Of course, the eventual dismissal of Kliff Kingsbury could breathe some life into this career. Short him now with his Multiplier as long as Kingsbury is around.

Michael Thomas and Jarvis Landry are on the shelf for New Orleans Chris Olave is still banged up. So, someone has to catch the ball, right?

That someone could easily be Johnson, who is priced entirely too low. He was productive at Penn State and later Oregon with nearly 15 yards per reception in college. He is also a plus athlete and sneakily heavily involved in the Saints’ offense.

Johnson has the eighth most snaps of any TE this season, more than Travis Kelce via The Edge and the 13th most routes run.

I’m not trying to tell you this is some kind of meteoric third year breakout in the works, but Johnson is on the field too often to justify his miniscule $0.74 Future Value. A few big catches and his stock could go meteoric, especially if his Multiplier is engaged.

Prices are current as of 10/20/22 at 4:00 PM EST
James Schiano is a full time employee of Mojo. All trades you make are with Mojo, which sets the lines as the “house”. Recommendations are for entertainment purposes only. Please use your own judgment and data to make trades. 21+. Must be in NJ to trade. Gambling Problem? 1-800-GAMBLER
About the Author: