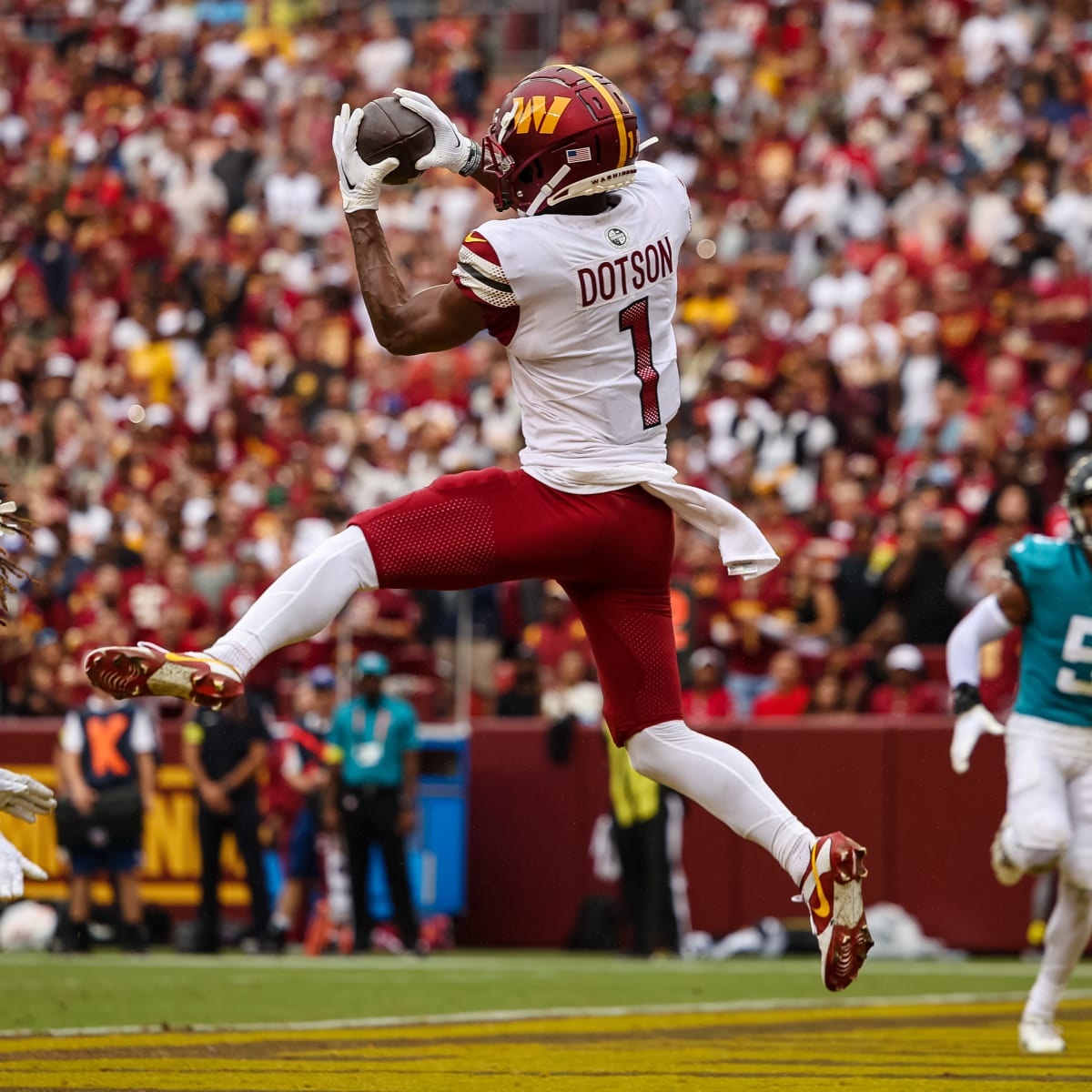 Picture this: there is a wide receiver who has yet to make their NFL debut, but the Mojo market foresees them reaching a share price of $13.24 when he retires. For reference, based on data that dates from 2020-2021, the average (50th percentile) NFL wide receiver will achieve about $12.92 in Mojo value (mVAL) during a 10-year career. With this benchmark now set, it’s clear that the Mojo market views Jameson Williams as a player who will produce in the NFL – and it’s easy to see why.

From his game-breaking speed, to his incredible yards-after-the-catch ability, to his underrated route running skills, Williams has the tools to be one of the best wide receivers in the league someday. He also has great hands, understands how to separate from defensive backs in different ways, and ultimately, he shouldn’t be viewed as simply a home-run hitter. Additionally, his 6-foot-1 ½, 180-pound frame should erase most concerns regarding his ability to stay on the field.

He is still recovering from a torn ACL, but it’s only a matter of time before the football world gets to witness Williams streaking down the field in blue and white. According to the Mojo market, superstar wide receivers such as Justin Jefferson, Cooper Kupp, and Ja’Marr Chase have share prices that are slightly above $20, and I absolutely believe that Williams can one day join them. If I haven’t made myself clear already, I will do so now: you need to buy Jameson Williams today. He is imminent.

If anything becomes blatantly clear when you watch Woods play football, it’s that his size (6-foot-7, 253 pounds) can create convenient mismatches, which can lead to consistent success in the red zone – and we got an early glimpse of this in his third career game. Playing a career-high 16 offensive snaps, Woods reeled in two red-zone touchdowns. He’s going to be a red-zone threat for the entirety of his NFL career, and touchdowns are one of the two categories that give a player a $0.02 boost in mVAL.

The Colts’ tight-end room will likely be crowded for the remainder of the season, but it’s best to look at Woods as a true long-term investment. He’s already accumulated $0.07 in Mojo Value, and he’s expected to attain $3.77 more in future value by the time he retires. Given his ability to beat defenders when it matters most, going Long on Woods sounds like a savvy move. Yes, I know what you’re thinking: depending on touchdowns doesn’t sound too practical. But when a player is built to win in the red zone, you have to approach the term “touchdown dependent” from a different angle. ‍

Despite being selected 16th overall in the 2022 NFL Draft, it didn’t seem like Jahan Dotson was getting enough respect prior to the commencement of the 2022 regular season. In his senior year at Penn State, the 5-foot-11, 182-pound wideout caught 91 passes for 1,182 yards and 12 touchdowns – the clear-cut best campaign of his collegiate career. When you turn on the tape, you can’t help but wonder if he plays with glue on his hands. In other words, he catches (almost) everything. On top of that, he’s a premier route runner who knows how to manipulate defenders thanks to his strong understanding of his abilities and the game of football. And when you simply take the time to watch him speak and talk on certain things, his confidence and maturity stand out.

Through three career games, Dotson has caught nine of his 18 targets for 109 yards and three touchdowns. According to PFF, Dotson has played 148 offensive snaps out wide, and 60 out of the slot. What’s more, he’s already demonstrating the ability to produce at all three levels (short, intermediate, and deep passes). The 2022 rookie wide receiver class is full of talent, and Dotson is easily among the best of them. He’s already banked $0.24 in Mojo Value, and the Mojo market expects him to achieve $11.33 more in future value by the end of his career. Let’s keep things simple here: go Long and don’t look back. Jahan Dotson is a star in the making.

Prices are current as of 09/30/22 at 08:00 pm EST
Micah Henry is a Contributing Writer on Mojo. All trades you make are with Mojo, which sets the lines as the “house”. Recommendations are for entertainment purposes only. Please use your own judgment and data to make trades. 21+. Must be in NJ to trade. Gambling Problem? 1-800-GAMBLER
About the Author: