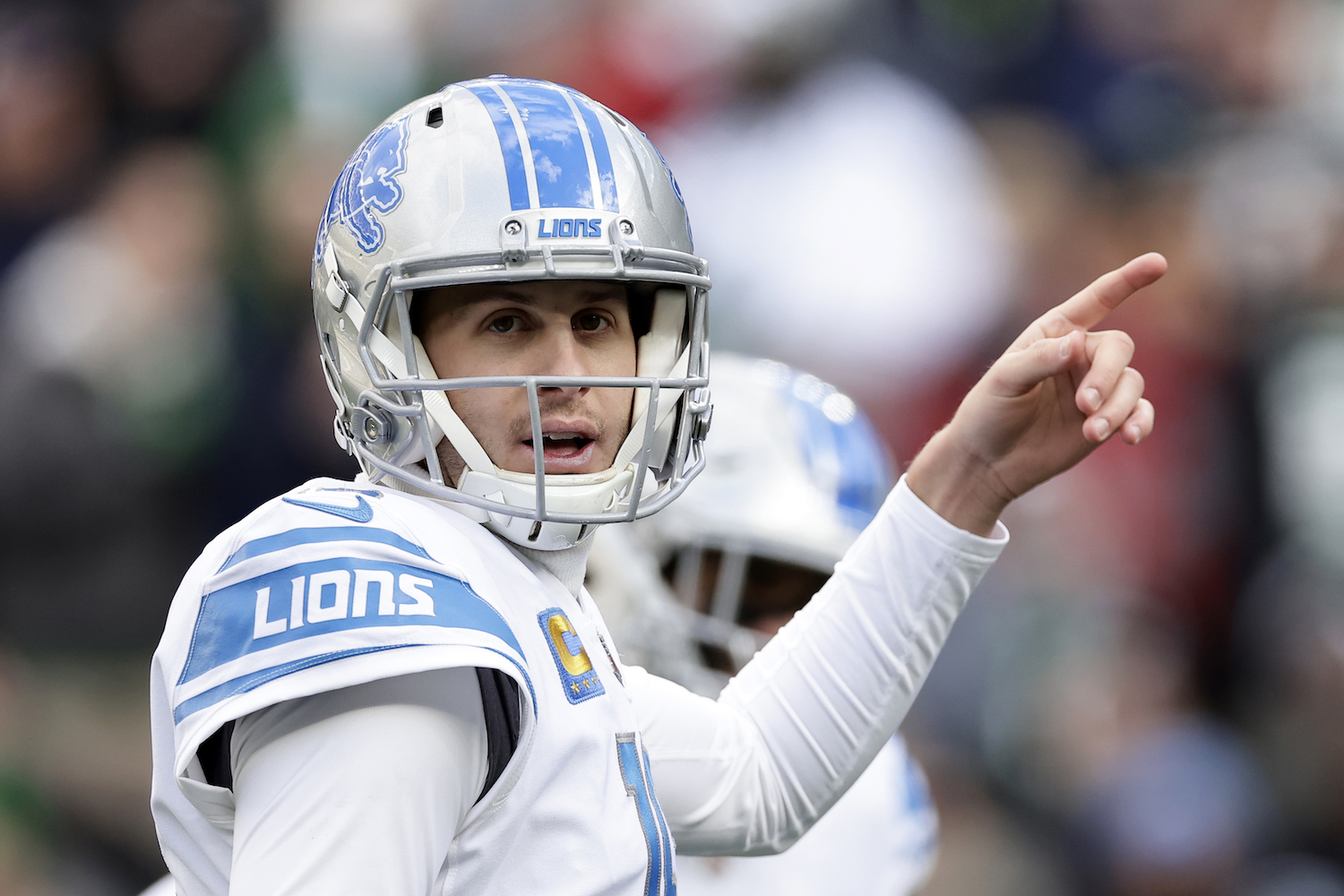 Let's take a look at whose stocks rose and fell during Week 15!

The Saints TE has come on strong this season. He’s become one of their most trusted red zone options and leads the team with seven touchdowns. That’s as many as Tyreek Hill and Justin Jefferson!

Johnson’s strong play has caught the market by surprise. He came into the season with just $1.12 in Future Value and has already banked $0.75! His stock is rising fast.

Caleb Huntley was injured early on Sunday, paving the way for Allgeier’s best game to date as a pro. Allgeier’s role has expanded as the season wears on and his college production indicates he could shoulder an NFL workload. Keep an eye out for his usage.

Goff is making a strong case to be the QB of the future in Detroit. He’s led the Lions to wins in six of their last seven games to place them right on the edge of postseason contention. Sunday, he tied Peyton Manning and Kurt Warner for the third fewest games ever to reach 25,000 passing yards. Only Matt Stafford accomplished it sooner.

Still, the market thinks Goff will only play until he’s 31 (three more years) at this year’s pace. That seems low considering how much potential this Lions’ offense has shown. It could be a great time to Go Long on Goff.

A legitimate part of the Ravens’ offense to start the season, Duvernay’s production tapered off over the last few months. Now, he’s picked up a foot injury that will likely end his season.

It would always be an uphill battle for Duvernay to carve out a role in an NFL offense due to his slight stature. Add a foot injury and his greatest asset, speed, could be in danger.

One of my old favorites, Jones Jr. found his way back into the Bears’ WR rotation with Chase Claypool out, but couldn’t capitalize on his opportunity.

He has just four receptions for 27 yards as a 25-year-old rookie in a low volume offense, yet the market thinks his career will look similar to Michael Gallup’s or Zay Jones’ from this point on. Go Short if you don’t see that happening.

There was a prevailing thought that Huntley could get a chance to be a team’s starting QB in the near future. He’s a plus athlete, spent years sitting in the Ravens’ system, and impressed in a limited audition towards the end of 2021 when Lamar Jackson was injured.

This season’s trial run has been far less kind, and Huntley looks incapable of running an NFL offense. It looks like he’s destined to be a backup, and the market has sent his stock down as a result.

Prices are current as of 12/21/22 at 3:00 PM EST
James Schiano is a full time employee of Mojo. All trades you make are with Mojo, which sets the lines as the “house”. Recommendations are for entertainment purposes only. Please use your own judgment and data to make trades. 21+. Must be in NJ to trade. Gambling Problem? 1-800-GAMBLER
About the Author: