Projecting the Career Values of Kadarius Toney and Wan'Dale Robinson 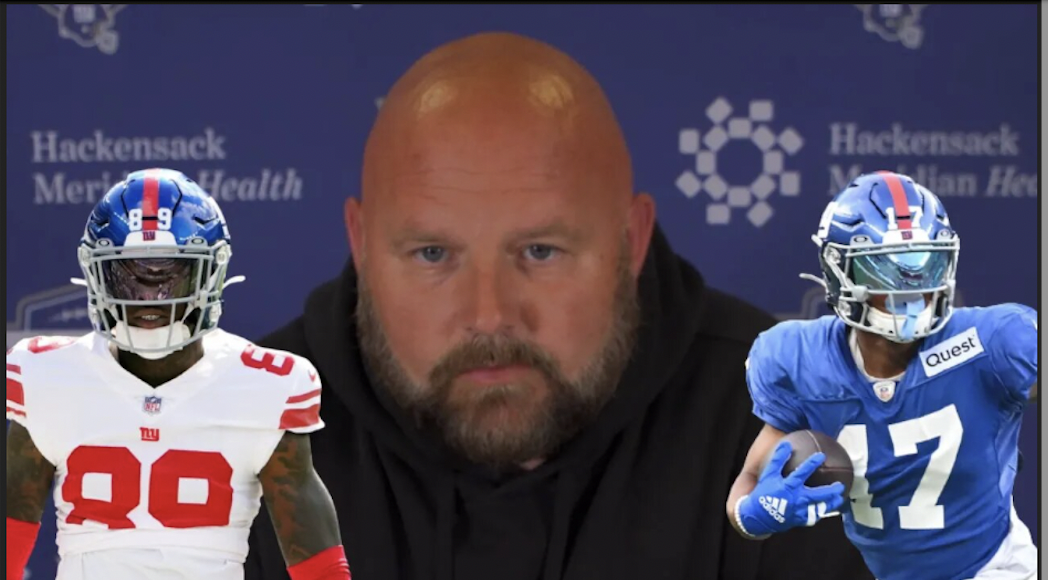 The Giants have struggled at the wide receiver position all year, mostly due to injuries to two recent top NFL Draft picks, Kadarius Toney (the 20th overall pick in the 2021 draft) and Wan’Dale Robinson (43rd overall pick 2022).

Toney has been injured since the summer with hamstring issues and is unlikely to play once again in Week 7 with no real  timetable to return. He passed on voluntary workouts in April and was rumored to be shopped in pre-draft trades. He had off-field red flags that the last Giants regime chose to ignore due to his athleticism. But there’s a chance he’s the classic “all tools, no toolbox” type of player.

But what about his future value? Draft capital is still quite meaningful for him. Let’s look at other first-round picks in the target era (since 1992) that have zero touchdowns in their first dozen or so games over no more than their first two seasons. Here’s the list:

Most similar to Toney in TDs first 12 games and draft order.

Do you want to say his ceiling is Reggie Wayne? I guess you could. But of course, Wayne had the benefit of not only playing with Peyton Manning, but also Marvin Harrison who prevented defenses from loading up to stop him while he was developing as a pro. Wayne was also praised for work ethic and high character and eventually became an NFL receivers coach.

It’s also unfair to put him with the least productive receivers on this list: Marcus Nash (a 30th overall pick, like Wayne), Craig Davis (30th as well) and Desmond Howard (just 123 career catches as a fourth-overall pick, who did excel as a return man — winning a Super Bowl MVP).

If we add Ashlie Lelie, Plaxico Burrress, Michael Jenkins and Johnnie Morton to the list, all receivers who also had no TDs as first-round picks through about 12 games, the median production is 286 receptions for 4,088 yards and 20 TDs. The yards, according to Mojo value, are worth $4.09. The TDs are another $0.40.

But I have very low confidence that he can reach this expected median projection given his injury history, character concerns and the fact that he may not play another game this year. If he has zero TDs through his first two seasons, the models are going to kill him. For me, a 50% discount for all this feels about right, not the 30.5% the market is giving these projections.

I don’t see any value here and see Toney as an obvious target to Go Short on, at least until he’s active in another game. (Note I didn’t add rushing yards and whatever may flow from that. It’s just impossible to project WR rushes for a guy averaging less than half of one per game. We’re talking pennies though.)

What about the rookie Robinson?

Obviously, there are barely any stats to model. He played for only the second time all season in the Week 6 victory over the Ravens, getting in just 15 snaps but converting them into four targets, three catches and a touchdown. That’s definitely the kind of usage we seek.

The concern with Robinson is where his archetype fits in the WR landscape. He’s 5-foot-8, according to Pro-Football-Reference, and weighs 185 pounds. Those are in the second and sixth percentiles of all WRs drafted since 2011, respectively.

Still, he was a second-round pick and, unlike Toney, is healthy and producing right now. So, let’s find players comparable to Robinson’s unique size and draft position.

Again, we’ll stick to the target era and pull second- and third-round WRs since 1992 who were between 5-foot-7 and 5-foot-9 and who weighed between 175 and 190 pounds, according to PFR. We’re just trying to see what a reasonable median expectation is for Robinson’s career.

Most similar to Robinson in physical prototype and draft order.

You can see the ceiling is MUCH lower than for Toney, based on this list. There’s also the just released Andy Isabella.

Oddly, Robinson is the third Giant on this list of only 12 receivers, joining Sinorice Moss and Jerrel Jernigan (who averaged 38.5 catches and 405 yards with 2.5 touchdowns for their entire careers). I do think it’s very bearish that just 12 receivers similarly-sized have been deemed worthy of second- and third-round picks in this 30-year period.

As a rookie with only two games under their belt, Robinson’s value is almost all future— $7.21 of his $7.31 current price. If we do median projections, excluding active players except Marquise Goodwin (he’s 10 years into his career) and Isabella (released and maybe his career ends here), this gives us a career projection for Robinson of 86.5 catches for 975 ($0.98) yards and five TDs ($0.20). The yardage equals an expected 46 career first downs ($0.46, based on 2022 WR averages of first downs per yard.

An average rate of 40-plus-yard plays adds $.08 of career value, for a total of $1.72 of expected future value, well short of his $7.10 projection. His prototype limitations, even factoring in his draft capital, forecast that he’ll fall well Short of current market expectations unless he’s an exceptionally rare talent relative to the others who were similarly drafted.

Prices are current as of 10/20/22 at 12:00 pm EST
Michael Salfino is a Contributing Writer at Mojo. All trades you make are with Mojo, which sets the lines as the “house”. Recommendations are for entertainment purposes only. Please use your own judgment and data to make trades. 21+. Must be in NJ to trade. Gambling Problem? 1-800-GAMBLER
About the Author: