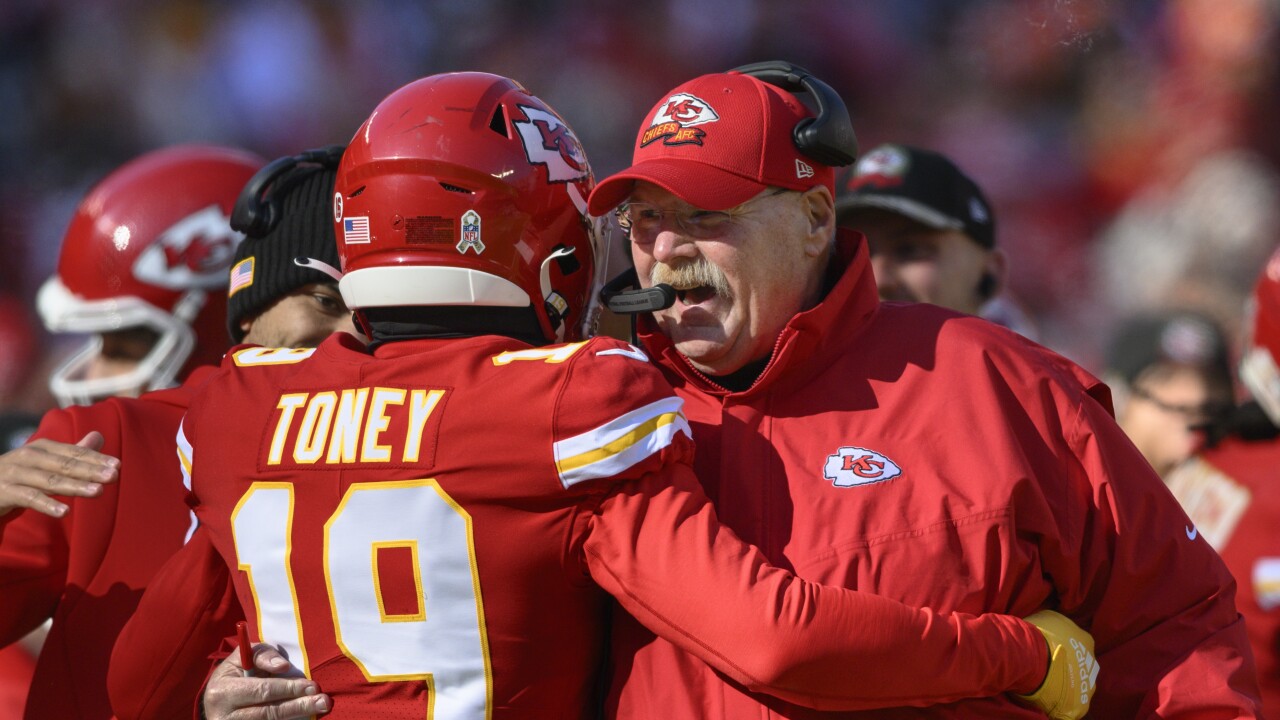 I made my debut with Mojo writing about Kenny Pickett before he was named the Steelers’ starter and saw his value jump. This time, I’m going to discuss a couple wide receivers whose future trajectory was changed by a recent trade.

Toney has already shown that he can command massive volume in a bad offense. Now, he’s playing with Patrick Mahomes rather than Daniel Jones, increasing his already lofty ceiling.

The downside is not skill related, but health: durability has been an issue for him dating all the way back to college. His ceiling makes him a fun investment opportunity while his floor is unnerving.

After being traded to the Chiefs, Toney’s share price rose from $5.41 to $6.60 before he played his first snap in Kansas City. Now at $7.34, Toney is currently the 76th highest priced WR on Mojo, less expensive than Sterling Shepard, DJ Chark, and Hunter Renfrow. That feels low given he’s already shown that he can be a factor in this offense.

These are useful, process-building data points. Toney was a talented yet volatile young WR who saw his stock jump 20% the moment his situation improved. After playing just two games as a Chief, Toney has seen an additional 10% bump. Overall, a $500 Long bet on Toney before the trade would be worth almost $1K today with his 3x Multiplier.

Elijah Moore missed six games in his rookie season. The one game that he missed this year was because he asked for a trade the week after the Jets beat the Packers in Green Bay. Moore plays with Zach Wilson and the Jets denied his request. Moore’s last reception came on October 9th against the Dolphins, the week before the Green Bay game.

Treylon Burks has caught ten passes in his first four NFL games. He returned from injury in Week 10 against Denver. He plays with Ryan Tannehill.

Toney’s availability issues make him an extremely volatile investment. But when compared to that list, Bateman and Moore don’t exactly have safe floors themselves. They are both overpriced with narrow paths to exceeding their expectations. I don’t have any issues with Burks current price, but should Kadarius Toney shares be more than 25% cheaper than Burks shares? Now could be a great time to Go Long on Toney before the market catches up.

That’s not a huge surprise because Moore hasn’t played very much as a rookie. I was hoping that the Toney trade would drive Moore’s price down below $5.00. Perhaps if Toney plays well over the next month and Moore’s role stays minor his spiral will continue.

I’m interested in that price point because Moore is still in a high-upside situation long-term as a high-draft capital pass catcher in the Chiefs’ offense.

Travis Kelce is going to decline eventually due to age. JuJu Smith-Schuster was signed to a one-year deal. Marquez Valdes-Scantling and Mecole Hardman are who they are. Even with the addition of Toney, Moore could very realistically enter next season as the third option in the Chiefs offense as a second year player. Beyond that, Moore will be in a position to benefit when Kelce slows down.

If Moore’s price dips further over the next several weeks, I’ll be picking up some shares.

Prices are current as of 11/17/22 at 12:00 PM EST
Ryan Reynolds is a contributing writer on Mojo. All trades you make are with Mojo, which sets the lines as the “house”. Recommendations are for entertainment purposes only. Please use your own judgment and data to make trades. 21+. Must be in NJ to trade. Gambling Problem? 1-800-GAMBLER
About the Author:

Ryan Reynolds
Ryan Reynolds is the Head of Betting for The 33rd Team and a sports betting/ fantasy football analyst for Establish the Run. Ryan has invested in athletes through the sports collectibles market since the early 2000's.
You have successfully submitted
Oops! Something went wrong while submitting the form.
Please Enter A Valid 10-Digit Phone Number
By clicking ‘submit’ you agree to the terms of use and privacy policy. Phone numbers may be used for marketing purposes. Message and data rates may apply. Text 'Stop' to opt out.