Chase Claypool is an Alpha WR 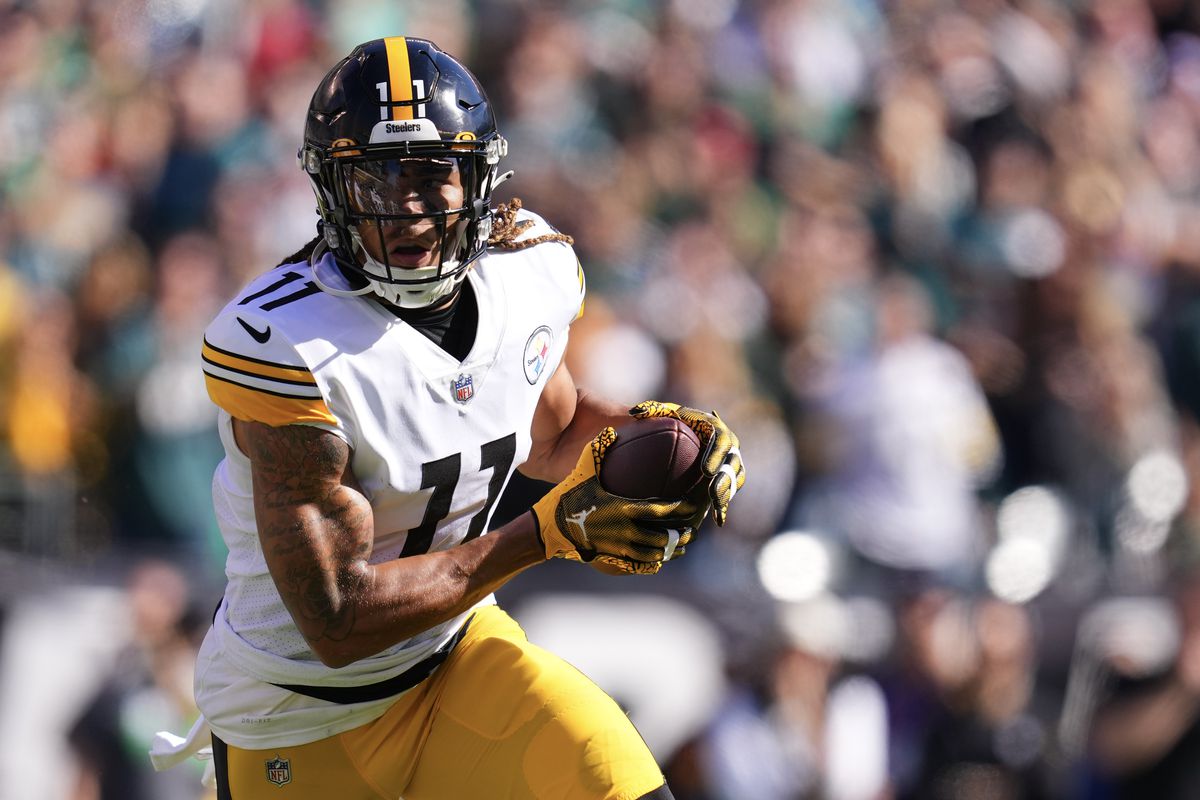 Chase Claypool ($11.25, 5x Long Multiplier) is probably the greatest beneficiary of the trade deadline, moving from a crowded wide receiver room in Pittsburgh, with low expected overall receiving volume, to the Bears, where the alpha WR role is up for grabs.

Yet this week, his share price is up very marginally, just seven cents or less than one percent (0.61%). He’s trading today at $11.25. His future value is $7.41. Let’s try to find similar players to Claypool using a number of models to see how Claypool should be fairly valued.

First, for context, this was a serious trade. Claypool was a second-round pick and the 24-year-old was acquired for a second-round pick in 2023. And that could be a top 40 overall pick (Claypool was drafted 49th overall). So this was not a dump of a failing player whose rookie contract is winding down. That’s a price you pay for a receiver you expect to be your No. 1 targeted weapon, not merely someone to be in the mix. And given that price, it’s unlikely the Bears will draft a wide receiver in Round 1 in 2023, essentially using their top two picks at the position. The Bears also seem set at the quarterback position given the improved play of Justin Fields the past few weeks. It’s reasonable to believe that Claypool’s environment as a pass catcher has improved markedly as a result of the trade regardless of his role in it. And it’s also reasonable to believe that, given the price they paid, the Bears view Claypool as a No. 1 receiver.

Claypool’s prototype is relatively rare. He’s 6-foot-4 and 238 pounds, according to Pro-Football-Reference. In the Target Era, since 1992, just four of 19 non-active players drafted in the second round (like Claypool) who were least 6-foot-3 and at least 215 pounds can be viewed as unquestionable hits: Joe Jurevicius, Alshon Jeffery, Vincent Jackson and Jordy Nelson.

But the picture is a lot brighter when you look at active players with Claypool’s general prototype including draft capital. Current Mojo prices are in parentheses:

The other thing about Claypool is that despite the trade, he’s a Steelers WR drafted inside the first three rounds by Kevin Colbert, who was the team’s GM from 2000 to 2021. The Steelers have a reputation of hitting on wide receivers in the draft in this era. But is that true?

But making Claypool just another WR drafted in the first three rounds is unfair. He has already been a successful player. He’s on pace to earn 100-plus targets in 2022 and he’s exceeded 100 targets his first two years in the NFL, too. So let’s look at active WRs who have earned 100+ targets in three seasons through their age 24 season (which Claypool is currently playing). This is probably the model most fair to Claypool. Here are the results:

Odell Bekcham Jr. (no price, not on a roster)

Even the lowest valued player here, Landry, represents a 35.4% increase over Claypool’s current price. And the average player’s price of $20.13 is a 78.9% increase.

The NFL has done a very bad job since 1992 overall in identifying big WRs who can play the position. However, in recent years, with only active players, almost all the players are hits. Additionally, as a receiver who has earned 100-plus targets every year in the league (pro-rating 2023), he’s already a successful draft pick. So it seems reasonable to average both of these models for an expected career value for Claypool of $18.14, an increase of 61.2% over today’s price. Go Long on Claypool with his Multiplier and good luck!

Prices are current as of 11/3/22 at 11 am EST
Michael Salfino is a Contributing Writer at Mojo. All trades you make are with Mojo, which sets the lines as the “house”. Recommendations are for entertainment purposes only. Please use your own judgment and data to make trades. 21+. Must be in NJ to trade. Gambling Problem? 1-800-GAMBLER
About the Author: