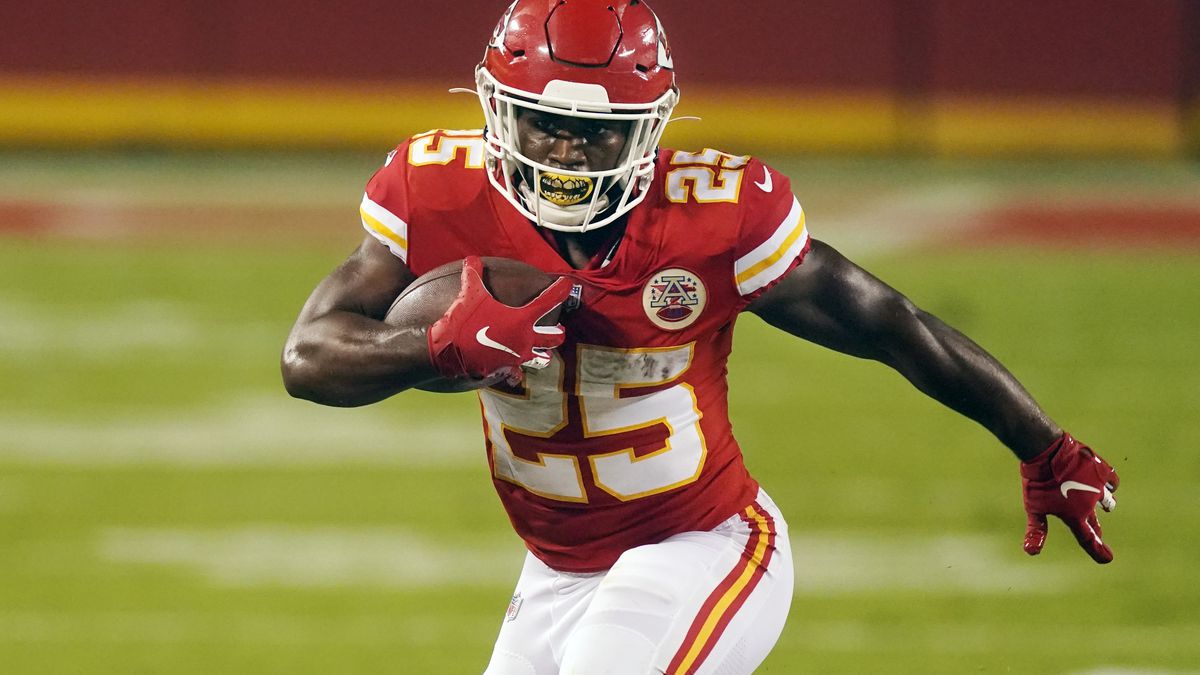 The Kansas City Chiefs backfield has been hard to follow this season with the rotation of three different RBs week-to-week. One thing is clear though, Clyde Edwards-Helaire is no longer the starting running back. They call him “CEH” for short and that’s exactly what we are doing on his stock. CEH has only seen more than ten rushing attempts once this season, while rookie Isiah Pacheco had a career-high 16 carries and 82 rush yards vs Jacksonville on Sunday. Edwards-Helaire played just four of 62 offensive snaps, finishing with zero carries. As a result, his price dropped over 7%. With his 10x Multiplier users who shorted him Sunday morning are +72.6% in less than 24 hours! (That's the power of the Multiplier on Mojo.)

It's not too late to short him. He has $3.85 banked value in his entire career, but the Mojo market expects him to have another $2.50 in future value. It seems very unlikely he will reach that future value target with his workload reduced to nothing. I would Short him with his 10x Short Multiplier until his price drops below the value of Jeff Wilson ($5.05) who is seeing a fair more work.

Jones has had a phenomenal career playing as WR2, but the market is too optimistic about how his career will end. At 32 years old, Jones' share price is the 33rd highest of the NFL WRs, between Chris Olave and Drake London. Do you think he'll retire with more Mojo Value than those two? Neither do I. Let's break it down.

Jones averages $1.34 in Mojo Value per season in his career, which includes his prime years. The market expects another $1.86 in future value, which is about 1.5 peak average seasons from Jones. Jones hasn’t been very productive this season and the Jaguars also stashed Calvin Ridley for next season. In the last year of his contract for the Jacksonville Jaguars, his future in the NFL beyond this season is very shaky. Taking advantage of his overvalued stock price makes an excellent opportunity to cash in big now while you still can. I would Short with his 10x short Multiplier for the remainder of his career.

The Tennessee Titans are dead last in total yards in the NFL. Thanks to their low passing volume per game, WRs like Robert Woods are suffering. Woods has one game this season over 40 receiving yards and has 11 catches in the last six weeks. The Titans are a run-first offense with a pass-to-run ratio of 53.9% and 46.1%. I do not see head coach Mike Vrabel changing the offensive scheme with Derrick Henry is on the roster. Woods is now 30 years old and coming off of a recent ACL injury. I believe his share price of $14.75, which dropped 2.75% in the last 24 hours, is still overpriced. Consider that Woods's share price is the 29th highest among WRs, between Tyler Lockett and Garret Wilson. Although he is technically under contract next year, the Titans have no real financial commitment to him and will almost certainly cut him at the end of the season. That will make it very challenging for him to reach his future value expectations of $1.60. Short Woods with his 10x multiplier.

Prices are current as of 11/14/22 at 3:00 pm EST
LaQuan Jones is a Contributing Writer on Mojo. All trades you make are with Mojo, which sets the lines as the “house”. Recommendations are for entertainment purposes only. Please use your own judgment and data to make trades. 21+. Must be in NJ to trade. Gambling Problem? 1-800-GAMBLER
About the Author: